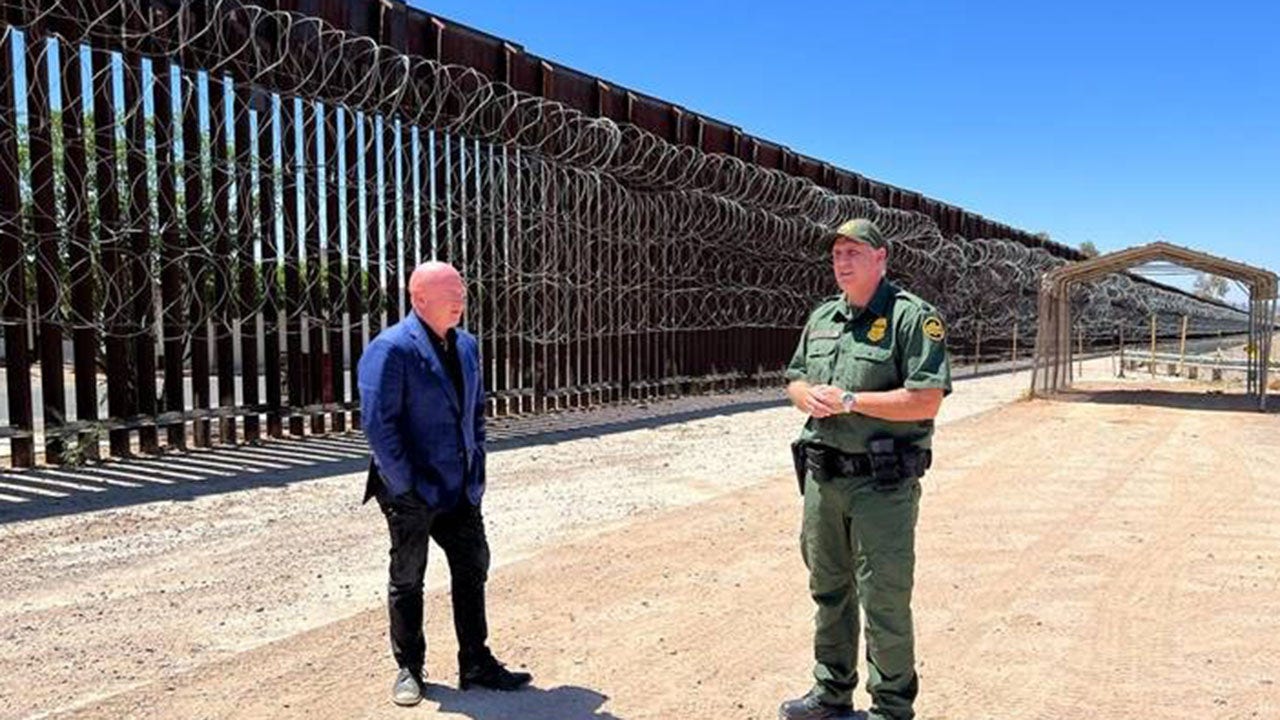 Arizona Sen. Mark Kelly, one of several Democratic lawmakers who have criticized Biden for his handling of the Southwest border, said the administration still has a lot of work to do before Title 42 is lifted next month, which is expected to lead to a surge in migrants.

The Department of Homeland Security released a six-point plan this week that calls for sending more resources to the border, streamlining the processing of migrants, partnering with non-governmental organizations, and implementing other measures to alleviate the crisis.

Title 42, the Trump-era public health measure that allows the federal government to quickly expel migrants, is expected to expire on May 23, though a court battle around the order is currently playing out in federal court.

Sen. Kelly said Wednesday that he has “more questions about how and when additional resources will hit the ground.”

“I have been raising the need for comprehensive planning on the border since early last year. I recently made my fifth visit to the Arizona-Mexico border and I can tell you that folks on the ground don’t feel prepared for this policy change and still see a lack of communication and coordination,” Kelly told Fox News Digital.

“We are less than 30 days from the Biden Administration’s self-imposed deadline, and they still have a lot of work to do.”

Immigrant men from many countries are taken into custody by U.S. Border Patrol agents at the U.S.-Mexico border on December 07, 2021, in Yuma, Arizona.
(John Moore/Getty Images)

Migrant encounters at the border topped 221,000 in March, the highest number since Biden took office.

BIDEN’S PLAN TO END TITLE 42 IS ‘SET UP TO FAIL,’ DEMOCRATS CONTEND

DHS Secretary Alejandro Mayorkas said in the memo outlining the administration’s plan at the border this week that things will get worse in the coming months.

“When the Title 42 public health Order is lifted, we anticipate migration levels will increase, as smugglers will seek to take advantage of and profit from vulnerable migrants,” Mayorkas wrote.

A woman walks on the beach next to the border wall topped with razor wire in Tijuana, Mexico.
(AP Photo/Gregory Bull, File)

Senate Minority Leader Mitch McConnell, R-Ky., said this week that Republicans will force a vote on keeping Title 42 in place, which could put some swing-state Democrats in a tight position ahead of midterm elections.