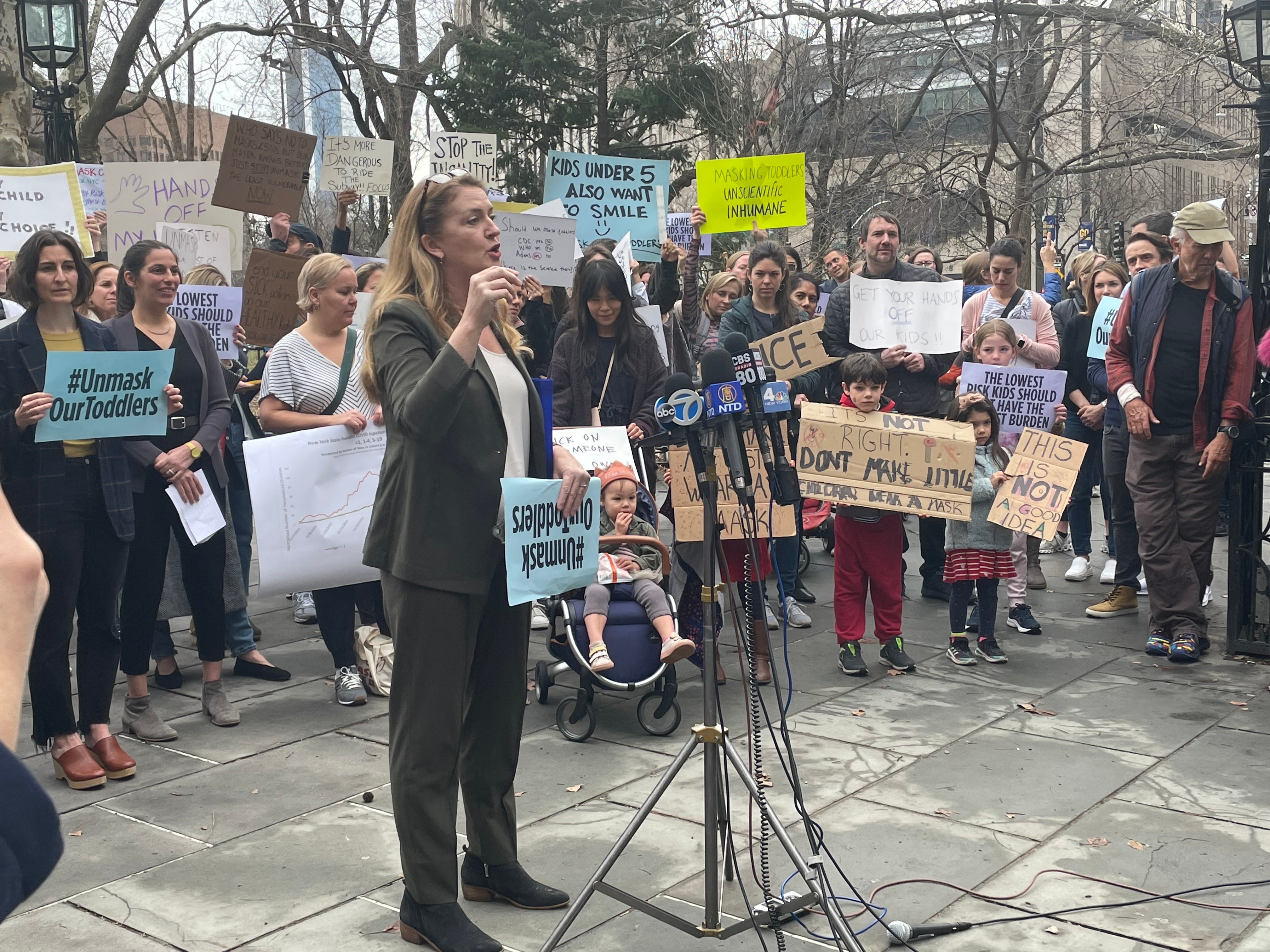 A Democratic New York congressional candidate alleged on Monday that the party “canceled” her and is trying to push out moderates like herself because of where she stands on transgender issues.

Maud Maron is president of the local school parent council and a former Legal Aid lawyer, and suggested that the Democratic Party is intolerant of differing views on gender identity. She is running for New York’s 10th district in a crowded Democratic primary.

“I’ve been canceled! It’s cancel culture,” Maron said Monday night after she was denied participation in a congressional forum in Brooklyn by Democratic LGBTQ+ clubs, according to the New York Post.

Lambda Independent Democrats, New Kings Democrats and South Brooklyn United for Progressive and Equality would not allow Maron to be included in the forum because they believed her stance, that biological men should not be playing on women’s sports teams, should not be tolerated.

The groups explained that they did not want to give Maron a platform to spew “hate and misinformation” about gender identity, adding that the moderate Democrat’s beliefs could lead to “violence against transgender people, particularly transgender women.”

“We will not allow our forum to be used as a vehicle for Maud Maron to perpetuate dangerously false ideas about the transgender community,” the groups said. “New Yorkers do not need representatives whose office will be used to hurt people.”

A person holds up a transgender flag during rally in New York City.
(REUTERS/Brendan McDermid/File Photo)

But Maron shot back at the “extremist” organizers she says are bigots for denying her the opportunity to speak.

“The Democratic Party is chasing away moderate voters like me from the party,” she said. “Find a backbone and have a conversation about the issue.”

The debate over whether women’s sports should allow biological males to compete comes after transgender swimmer Lia Thomas began competing in women’s events at the University of Pennsylvania in 2021. Thomas started transitioning in 2019 and had competed on the university’s men’s team from 2017 to 2020.

University of Pennsylvania transgender athlete Lia Thomas swims in a preliminary heat for the 500 meter freestyle at the NCAA Swimming and Diving Championships Thursday, March 17, 2022, at Georgia Tech in Atlanta.
(AP Photo/John Bazemore)

“You can call a man a transgender woman, but he’s still a man,” Maron said. “There’s nothing violent about sharing an opinion.”

I had an abortion 15 years ago. Now I’m fighting in the Georgia state house for your rights