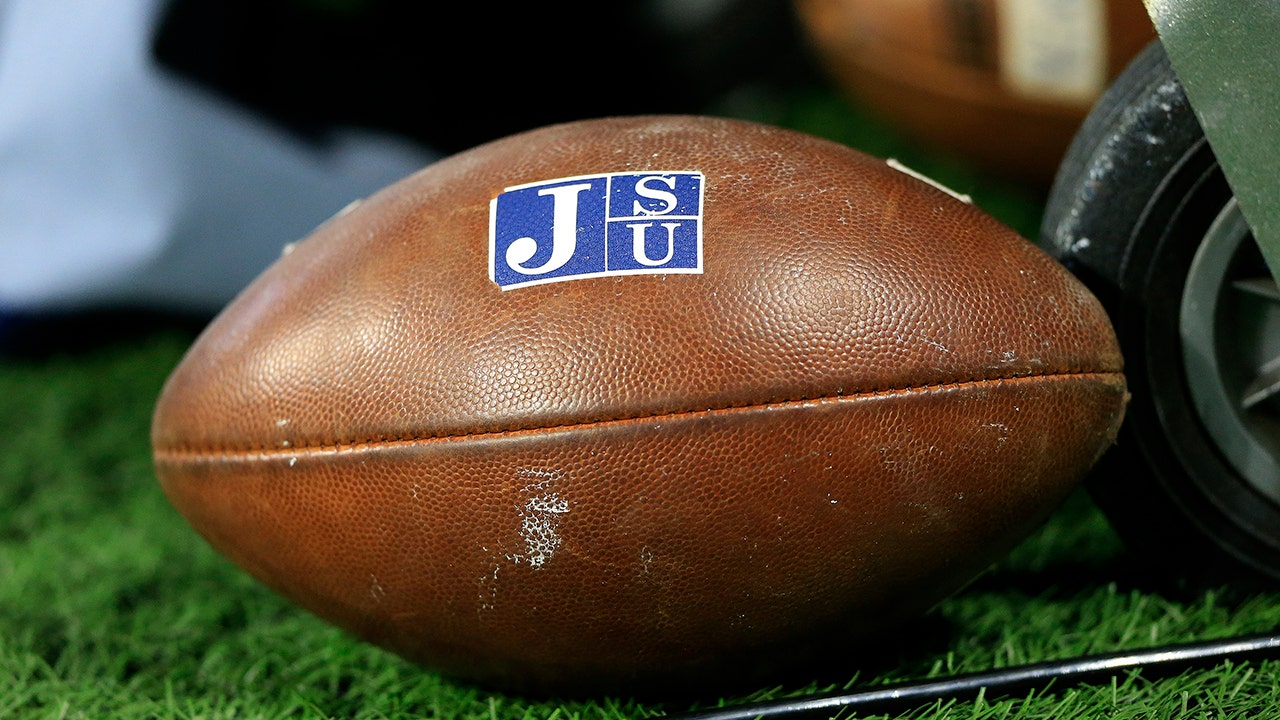 Jackson State defenders have gone slap happy this spring – and that’s by design. Seeking new and creative ways to get to the quarterback, assistant coach Andre’ Hart borrowed a page from Hollywood and began teaching “the Will Smith technique.”

Hart, who coaches linebackers for the Tigers under head coach Deion Sanders, wants his players to pattern a new pass rush move after Will Smith’s Academy Awards slap.

Will Smith, right, hits presenter Chris Rock on stage while presenting the award for best documentary feature at the Oscars on Sunday, March 27, 2022, at the Dolby Theatre in Los Angeles.
(AP Photo/Chris Pizzello)

Actors need not apply. Hart wants the real thing – palm and all.

“What’s the Will Smith?” Hall rhetorically asked his players in a video provided by Well Off Media.

“Smack. Right,” Hall answered, while swinging his left arm and hand in front of him. “Technique Will Smith, he hit (Chris Rock) with the palm of his hand. Not the fingers. He hit him with that palm right there.”

Though Smith’s Oscars tap started from a seated position and included a leisurely stroll towards his target, the Jackson State coach preaches urgency from a much closer distance. During his impromptu teaching moment, Hart further demonstrated the Fresh Prince maneuver to Tiger defenders.

A JSU helmet on the sidelines during the college football Cricket Celebration Bowl game between the South Carolina State Bulldogs and the Jackson State Tigers on December 18, 2021 at the Mercedes-Benz Stadium in Atlanta, Georgia.
(David J. Griffin/Icon Sportswire via Getty Images)

“Give him that bob, (then) Will Smith his ass and come around with the rip right there,” Hart explained, while sending a tackling dummy to the turf.

Then as he mimicked moving a razor over his chest, Hart brought his lesson to a thundering conclusion: “So gimmie a shave the chest, with a Will Smith and a rip goddammit. We gonna make a sack!”

Moments later, an enthused Hart watched as his linebackers practiced the technique while he continuously shouted, “Will Smith him! Will Smith him!

“Hit him with the heel of your palm. That’s how Will Smith do it. He hits him with that whole hand,” he continued.

A Wilson football with the JSU logo prior to the college football Cricket Celebration Bowl game between the South Carolina State Bulldogs and the Jackson State Tigers on December 18, 2021 at the Mercedes-Benz Stadium in Atlanta, Georgia.
(David J. Griffin/Icon Sportswire via Getty Images)