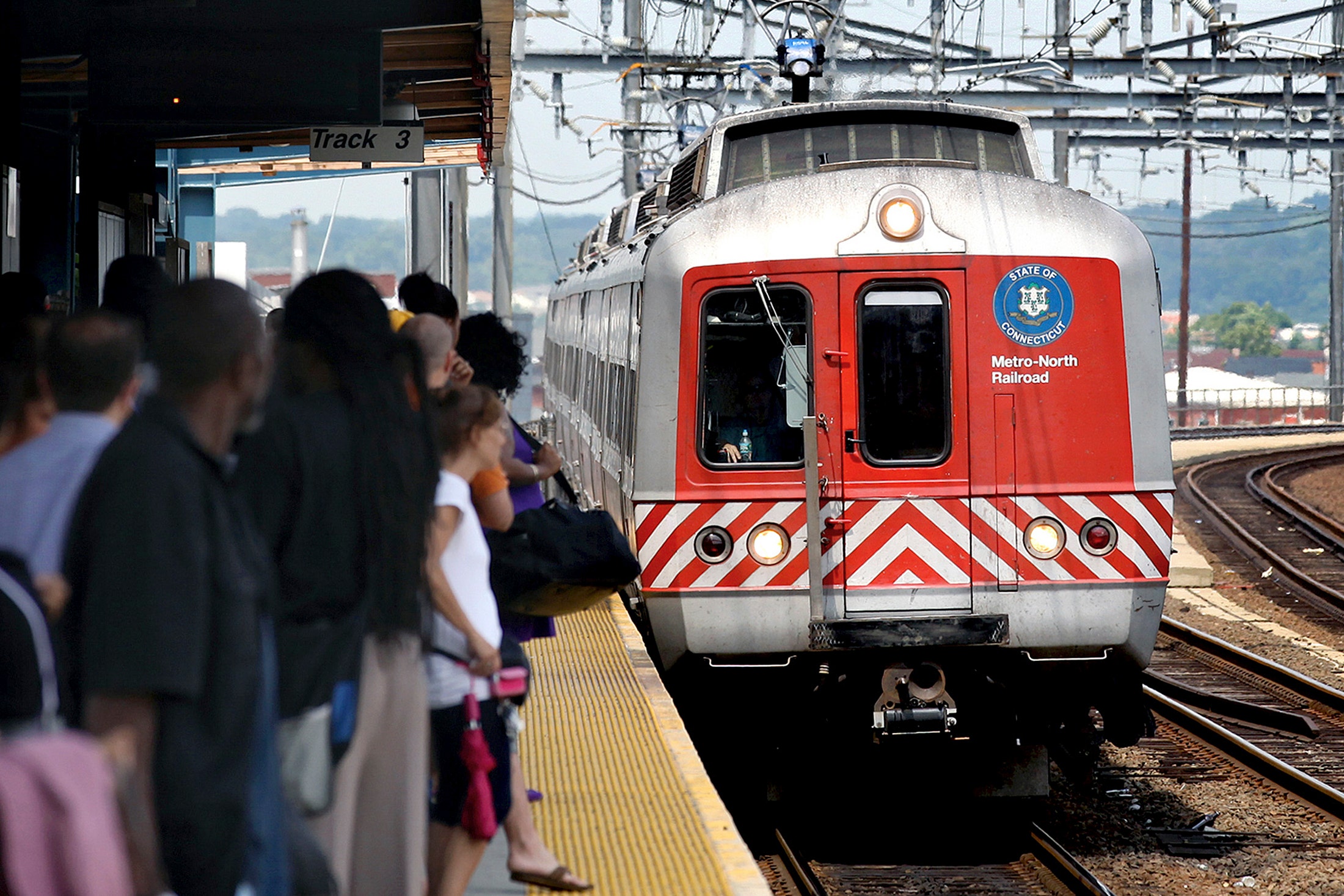 Connecticut is boosting service along two Metro-North rail lines, a move that comes as ridership on the commuter railroad that serves Connecticut and New York moves closer to pre-pandemic levels.

“This is the biggest day on the Waterbury Branch ever,” said Jim Gildea, chair of the Connecticut Commuter Rail Council and rider on the Waterbury line, during a news conference in Bridgeport. “This is transformational. Transformational not only for the rail commuter such as myself, to get us to our places of destination, but for economic development in the downtowns that this line runs through.”

Waterbury Mayor Neil O’Leary said the expanded service coincides with a rise in population in parts of western Connecticut. He said about 4,000 people moved into his city, which is about a two-hour drive from New York City, during the coronavirus pandemic. He said improvements to the rail line were one of the biggest reasons.

The new express trains on the New Haven Line depart New Haven early in the morning and leave Grand Central Terminal later in the evening to accommodate people who now commute to work only a few days a week.

MTA Metro-North President Catherine Rinaldi said Metro-North had a pandemic record of 174,878 riders Tuesday, June 28, which was about 67% of pre-COVID weekday ridership levels. On Sunday, June 26, there were just under 100,000 customers, 123% of Metro-North’s pre-COVID baseline for weekend ridership.

“Metro-North is in the middle of a ridership renaissance right now,” she said.