Could Twitter Force Musk to Close the Deal? Here’s What We Know 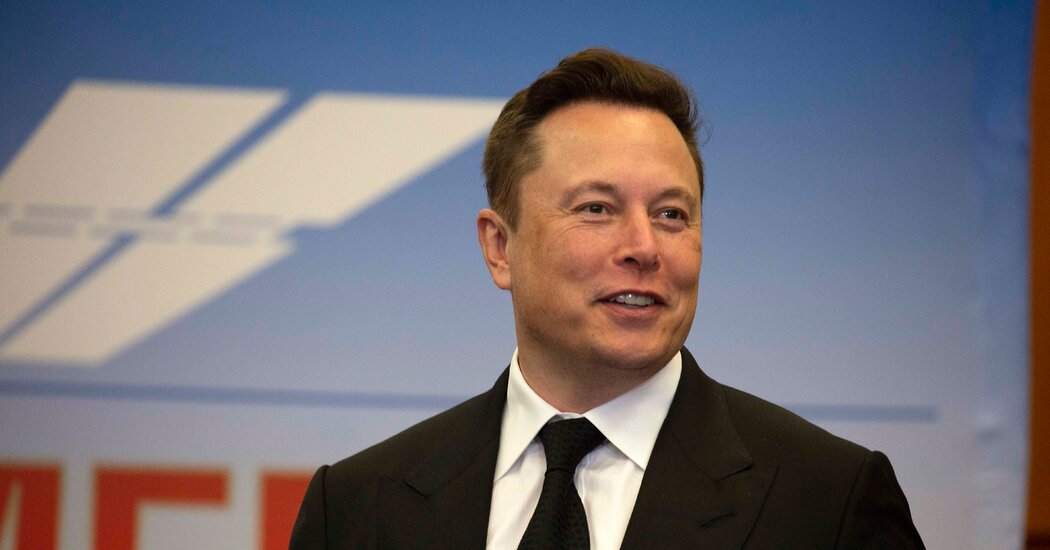 Elon Musk late last week finally followed through on his threat to try to pull out of his $44 billion deal to buy Twitter. The social media company promptly responded by saying it planned to sue. Most legal experts believe the law is strongly on Twitter’s side, assuming nothing explosive is revealed during trial. (Musk, in a tweet early this morning, seems to be relishing the prospect of forcing Twitter executives to hand over to the court information on how the company accounts for bots, his key complaint.)

But that does not mean it will get what it wants. Shares of Twitter were down about 5 percent in premarket trading.

Twitter’s acquisition contract with Musk says it can force him to close the deal. Twitter has a right in its contract with Musk called specific performance, which allows a company to sue to force a transaction to be completed. Assuming regulatory approval, the one out is that Musk’s debt financing has to be in place. Morgan Stanley and other lenders have already committed $13 billion in debt.

Courts have made other companies follow through on acquisitions.

But the Twitter-Musk feud would be complicated for a court to oversee. A $44 billion deal dwarfs past cases that have come down to specific performance clauses. And unlike in the Tyson deal, Musk is relying on external financing to fund his purchase. The banks’ commitments would likely need to be enforced by a New York court. Banks would be far from eager to lend billions into a deal in which the buyer has said he no longer wants the company. Would they ask a New York judge to get out of it? Would that judge let them? Would that get Musk off the hook, since specific performance only applies if debt financing is there? (In the failed merger of the chemical companies Huntsman and Hexion in 2008, one of the best-known examples of companies dueling over specific performance, banks backed out but had to pay a settlement.)

And what if Musk simply does not do as he is told? A Delaware court will most likely be keen to force Musk to obey the letter of the law. But his reputation for flouting convention may also give it pause. “The worst case scenario for the court is that it makes an order and that he doesn’t comply, and they have to figure out what to do about it,” Morgan Ricks, a professor at Vanderbilt Law School, tells DealBook. Musk is C.E.O. of a public company. What would such a blatant defiance of corporate law mean for investors like Vanguard?

If specific performance is off the table, then what? By most readings of the contract, damages for the deal are capped at $1 billion. But if Musk thinks he might lose, and be forced to buy the company, he could offer Twitter a fee, say $5 billion, to walk away. Twitter could also negotiate down the price, and hope Musk will follow through if he can pay less. But with Twitter having hired the legal powerhouse Wachtell Lipton, it seems the company is done negotiating, and ready to head to court.

Steve Bannon agrees to testify to the Jan. 6 Committee. Bannon, the former Trump campaign manager and White House adviser, who faces a criminal trial for contempt of Congress, made the abrupt about-face after the former president authorized him to talk to investigators.

Shinzo Abe’s party sweeps to victory in a Japanese parliamentary election. Yesterday’s results, which came two days after Abe, the former prime minister, was assassinated, meant that his Liberal Democratic Party and their coalition partners had enough seats to form a two-thirds supermajority. It’s likely that the new leaders will pursue Abe’s long-held ambition of revising Japan’s pacifist Constitution.

Pilots are demanding big raises and quality-of-life improvements. Two of the major airlines recently offered to raise pay for pilots more than 14 percent in the next year and a half. Unions are also demanding broader changes that they say will improve operations and working conditions, particularly as flight disruptions have left pilots feeling frustrated and overworked.

Sri Lanka faces a power vacuum as leaders disappear. After tens of thousands of protesters stormed the president’s home and office, as well as the prime minister’s home over the weekend, President Gotabaya Rajapaksa and Prime Minister Ranil Wickremesinghe remained in hiding.

The F.D.A. to get first application for an over-the-counter birth control pill. A Paris-based company, HRA Pharma, plans to ask the F.D.A. as soon as today to authorize its pill, for over-the-counter sales in the U.S. Most drug applications go unnoticed in Washington, but HRA’s formal application comes at an especially fraught moment in the campaign for reproductive rights.

A new Florida law that could limit employers’ ability to require diversity, equity and inclusion (D.E.I.) training is threatening to become the latest flash point for businesses that are trying to cope with hot-button legislation in an increasingly polarized country.

The “Stop WOKE Act,” signed into law in April by Gov. Ron DeSantis, went into effect on July 1. It attempts to curb the teaching of topics in businesses or schools that could prompt people to feel discomfort, guilt or anguish about a historical event because of their race, sex or national origin.

The Republican-controlled Florida legislature approved the bill in March. Its focus is Critical Race Theory, a concept that historical patterns of racism are ingrained in society, which has become a punching bag for conservative politicians. Efforts to limit such teachings in schools have spread across red states.

Businesses had pushed back against the bill. Among those who “expressed alarm” in a February letter were H&M US, Levi’s and the Chamber of Commerce for Greater Miami. “We have a legal and ethical requirement to create safe and fair workplaces by conducting meaningful trainings on workplace issues like sexual harassment, diversity, and inclusion,” a spokesperson for H&M told DealBook. Other signatories contacted by DealBook would not comment, perhaps mindful of DeSantis’s retribution against Disney for its opposition to the state’s so-called “Don’t Say Gay” education law.

There may be workarounds to Florida’s new law. The law does not apply to programs that are voluntary. And despite the law’s focus on programs that could trigger guilt, that is not how most workplace training programs work, said Jeffrey Siminoff, a lawyer who previously led a global diversity and inclusion program at Morgan Stanley. “So there’s a substantial likelihood that most programs are not even in violation of what Florida is seeking to prohibit,” he said.

Can companies in Florida obey the law and also pursue diversity? “I think any organization that has commitments to inclusion and diversity and are trying to be visibly supportive of that are going to have to pause for a moment to understand what their footprint is in Florida,” Siminoff said.

“I can afford things like the occasional beer, but not anything I really want, and that’s an uncomfortable position to be in. It’s not the life I wanted.”

— Christian Drake, a 40-year-old who works in retail, on how many millennials, even well into their careers, are lagging behind the financial and familial strides of previous generations.

A closer look at the U.K.’s windfall tax

With Britain engulfed in a political crisis and Boris Johnson’s administration winding down, oil industry executives are urging the government to make changes to a controversial windfall tax measure aimed at curbing the ballooning profits of oil and gas companies.

The measure had been announced as a way to help raise about 15 billion pounds, or $17.9 billion, to support low-income households with rapidly rising energy bills. Members of Parliament are scheduled to discuss the bill today.

Oil and gas companies say that charging them a 25 percent tax on profits could deter future investment at a critical time for Britain, which is facing surging energy prices. “Many of the financial institutions that lend money to our industry see a government that is sending very mixed signals,” said Mike Tholen, the sustainability director of Offshore Energies UK, an industry body. Tholen, who is seeking a meeting with new chancellor of the Exchequer Nadhim Zahawi to discuss possible changes, said the tax would do nothing to lower gas prices.

Some academics say warnings from the oil industry are exaggerated. Arun Advani, a research fellow at the Institute for Fiscal Studies, told DealBook that the argument from some companies that the tax would cut into their ability to invest in future sources of renewable energy did not hold up because these extra profits were unexpected.

The windfall tax plan comes as oil companies are reporting record profits. Shell said it expected to see its refining profits nearly triple, adding $1 billion to its bottom line, as the price of oil products surged because of a lack of refining capacity. BP reported its largest quarterly profit in a decade. In the United States, a group of Democrats are pushing President Biden to enact a similar policy, but it would face big hurdles in Congress.

Best of the rest

We’d like your feedback! Please email thoughts and suggestions to dealbook@nytimes.com.