Costco wants to limit gas station fill ups to members, but is it allowed in New Jersey? 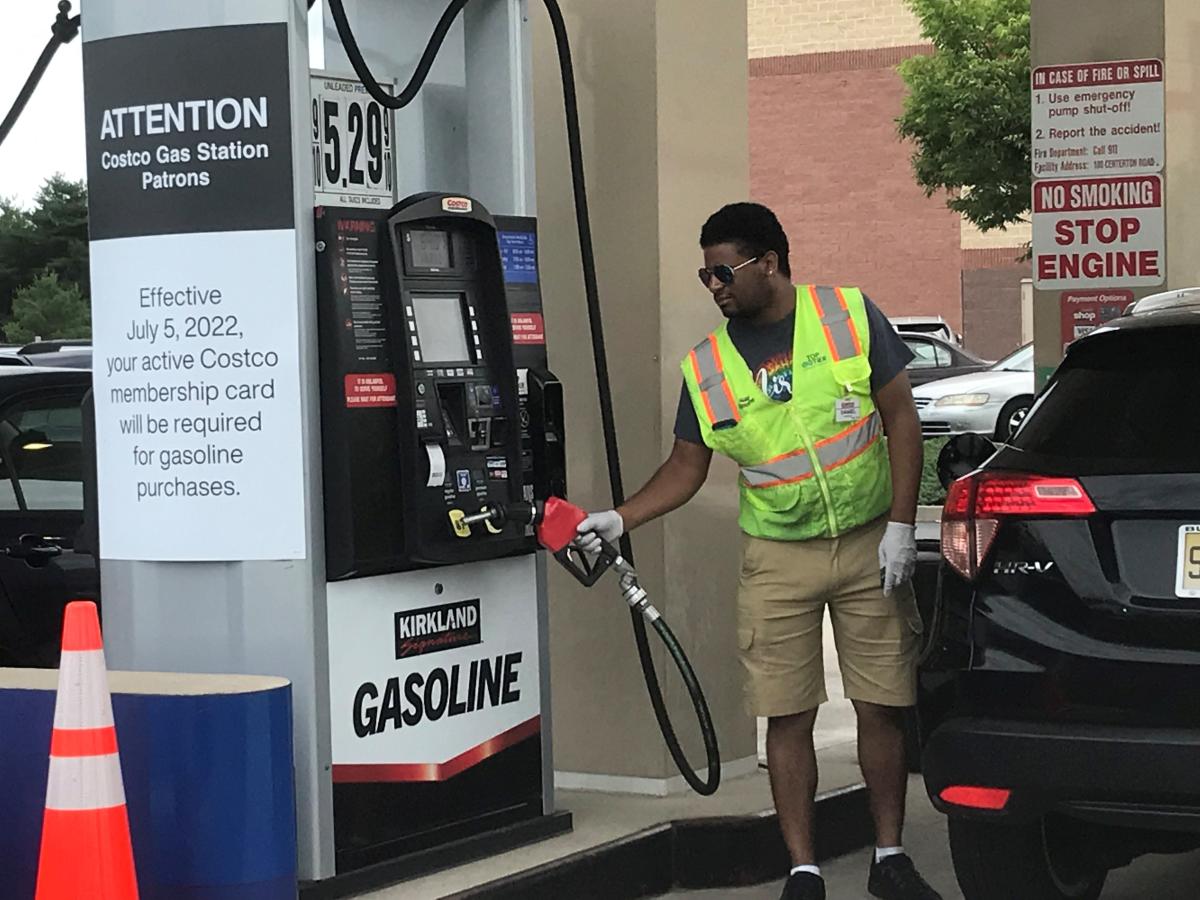 MOUNT LAUREL — Costco plans next month to restrict gasoline sales to club members across the country, including here in New Jersey.

On Tuesday at Centerton Square in Mount Laurel there were six lanes of cars waiting to get gas at multiple pumps at the Costco gas station, whose prices tend to be cheaper than many other stations.

The price for regular unleaded gas there was $4.83 per gallon — compared to $5 and more at many other stations — while premium was $5.29 per gallon

“Effective July 5, 2022, your active Costco membership card will be required for gasoline purchases.”

Whether that’s legal in New Jersey is unclear.

In 2004, Costco and other warehouse clubs were told restricting gasoline sales to members would violate state law after the retailer posted signs at pumps requiring drivers to present a membership card. The membership-card requirement was ultimately abandoned.

Immediate comment on this week’s Costco policy was not available from the state Division of Consumer Affairs, an agency overseen by the Office of the Attorney General.

Costco officials could not be reached for immediate comment Tuesday and did not respond to an email requesting more information.

An industry association official says he sees nothing wrong with the policy.

“I am learning they (Costco) are taking a position that it is not illegal to limit their customers to members at their New Jersey gas stations and I see nothing in state law that prevents them from doing this,” said Sal Risalvato, executive director of the New Jersey Gasoline, C-Store, Automotive Association headquartered in Wall Township.

Some club customers at the Mount Laurel gas station outside the Costco store at 100 Centerton Road on Tuesday were surprised at the announcement, saying they’ve never had to show proof of membership before. Other drivers said they just automatically give the attendant their Costco member card and/or credit card.

Regardless, customers they said they have no idea if Costco legally can limit gas to only its club members in New Jersey, which also is a not a self-serve gas state but has attendants to pump gas for customers.

“I always had to use my Costco card in Ohio, but here in New Jersey they never ask for it,” said Carnita Brown of the Pemberton area. “I wonder why it’s going to change … and I have no idea if it’s legal to do that here.”

Kelly Borreggine, a former Medford resident now living in Naples, Florida, and who is visiting New Jersey for a week, said she has no problem with Costco restricting gas to club members like her. She pulled in for a half tank of gas that cost her $46.33 for 8.7 gallons and saw the announcement sign.

Antoinette Liberata, a Costco card member, and fiancé Lou Marazzo, both of Mount Laurel, pulled up in a Cadillac XT5. They said they get gas about every other day and left the pump Tuesday with nine more gallons that cost $47.

Asked if Costco stations should serve the public at large in New Jersey, Mazzaro gave a resounding, “Absolutely!”

However, the biggest concern with customers Tuesday were the lines and gas prices.

Driver Jeff Rollins of Marlton, who remembers the gas crisis and lines in 1973, said he waited 20 minutes in line at Costco three weeks ago; last week he said he left after seeing much longer lines because “it’s a waste of time to wait and save only a few cents.”

He called the high prices “awful” but avoidable because, he said, the U.S. could out produce other countries when it comes to oil if it chooses.

Marazzo described the cost at the pump as ridiculous, adding, “People can’t survive with these gas prices.”

This story may be updated.

Carol Comegno loves telling stories about South Jersey life, history and military veterans for the Courier Post, Burlington County Times and The Daily Journal. If you have a story to share, call her at 856-486-2473 or email  ccomegno@gannettnj.com.

Support local journalism with a subscription.

This article originally appeared on Cherry Hill Courier-Post: Costco membership requirement for gas pumps might not be legal in NJ