Confronted With The Truth, Trump Appears To Walk Out Of Piers Morgan Interview 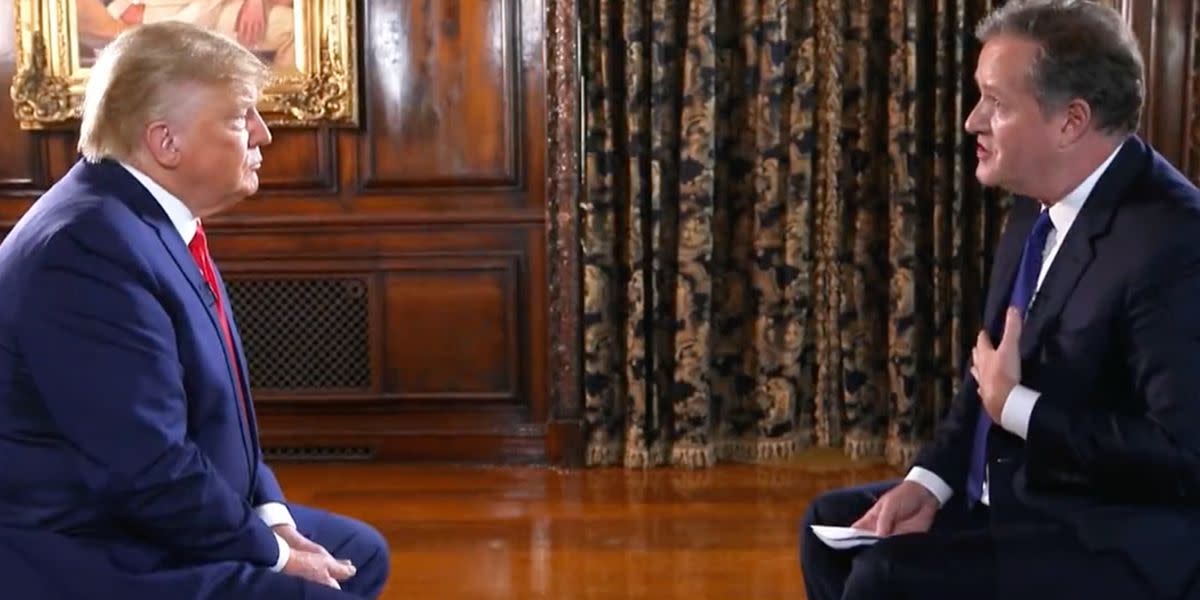 Donald Trump remains as factually challenged as ever.

That’s about the only concrete takeaway from a teaser released Wednesday of Piers Morgan’s interview of the former president, in which the two oddly shiny men discuss the 2020 presidential election, which Trump lost to Joe Biden.

Based on the brief clip, Trump appeared to react poorly to questions from Morgan, a conservative former British TV host who at one time considered Trump a “good friend.”

Trump has famously protested the 2020 election results, but hasn’t supplied any hard evidence to support his claim that he rightfully won. His attempts to prove his case failed decisively in court, where he lost 61 of the 62 lawsuits he filed challenging the election.

“With respect, you haven’t produced the hard evidence,” Morgan says at one point in the teaser clip, as Trump attempts to speak over him.

Elsewhere, Trump gets in a zinger at Morgan: “I don’t think you’re real!”

The clip ends with Trump grumbling “Turn the camera off … Very dishonest,” and walking away from where he and Morgan had been sitting.

The full interview is scheduled to air in the U.S. on Monday, April 25, on Fox Nation, Fox News’s streaming service.