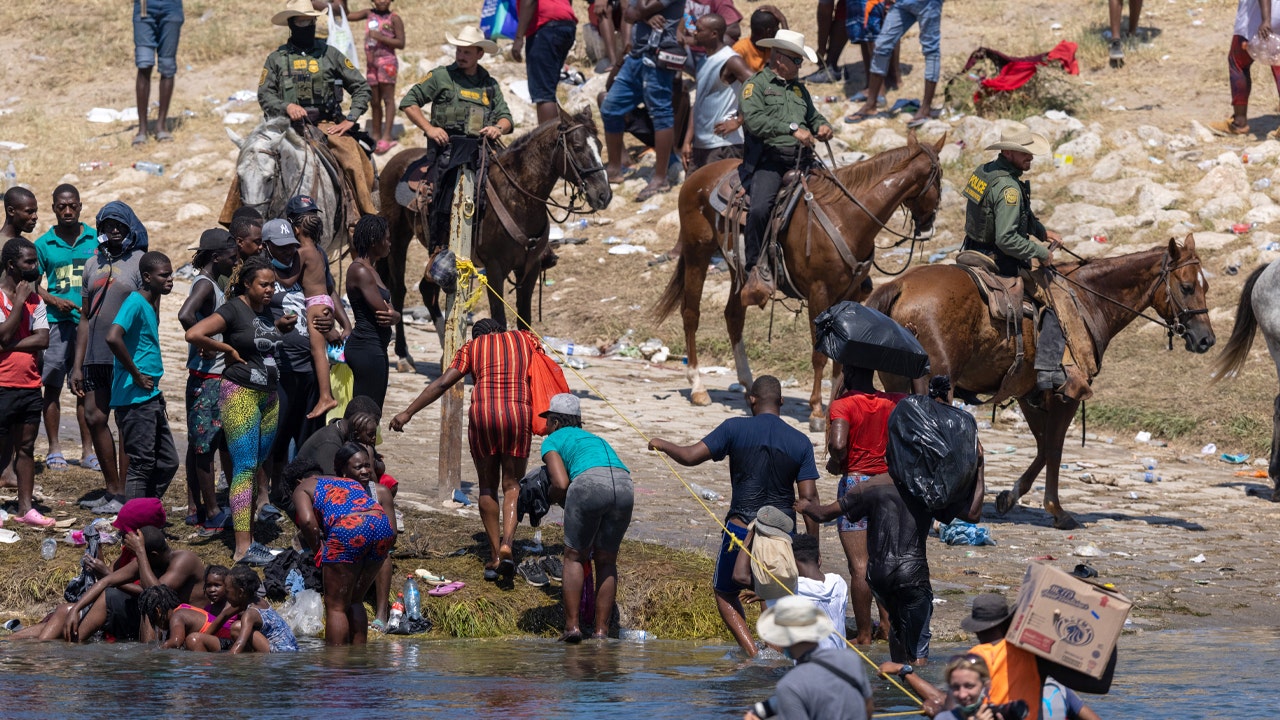 Media organizations were quick to vilify Border Patrol agents last year when they were accused of striking Haitian migrants with their reins, or using whips, in Del Rio, Texas but the story was largely ignored when the head of Customs and Border Protection (CBP) on Friday said there was “no evidence” that occurred.

CNN, MSNBC, and NBC all declined to cover the story on air from Friday when the news broke through Tuesday morning, according to a review of transcripts conducted by Fox News Digital.

CBS briefly mentioned the story on its evening newscast, but the network then focused on the agency recommending punishment for the agents for infractions such as “offensive” language and unnecessary force. CBS failed to inform viewers that migrants were not whipped, a claim that was originally made by members of the press, President Biden and other top Democrats.

ABC News Live Prime also touched on the story for around 30 seconds during a headline round-up on Friday evening. CNN and NBC News covered the story online.

Agents were under investigation since Sept. 20, the day after agents on horseback dealt with migrants coming across the river in Del Rio. The incident dominated a news cycle, with headlines and cable news segments galore when reporters and lawmakers saw the reins the agents were using and misinterpreted them as whips.

One of the more egregious offenders was MSNBC’s Joy Reid, who claimed on two separate occasions that Haitian migrants were whipped and likened the controversy to the times of slavery.

That same week Tamika Mallory, the former Women’s March chair and a co-founder of social justice group Until Freedom, acknowledged that Border Patrol agents were carrying reins, not whips, on MSNBC. However, she claimed that the migrants were whipped with the reins themselves, another popular claim shot down by the CBP investigation summary. She was not corrected by on-air personalities at the time.

Even at the time, however, the photographer behind the viral images of the agents on horseback said the pictures were being misconstrued, and he never saw anyone get whipped.

Cornell Law School professor William A. Jacobson believes news organizations have a responsibility to update viewers who rely on them for information.

MSNBC’s Joy Reid claimed on two separate occasions that Haitian migrants were whipped and likened the controversy to the times of slavery.
(screenshot)

“The alleged ‘whipping’ incident was major news at all the networks and major publications. Now that it has been definitively determined that there was no ‘whipping’ and that it was both fake and manipulated for political purposes, the networks should report on the findings,” Jacobson told Fox News Digital. “They can’t unring the fake news bell, but they can mitigate the effects of their own reporting.”

DePauw University professor and media critic Jeffrey McCall said many news outlets have a “poor track record of following up on stories,” particularly ones in which the news organizations made mistakes or mischaracterized an event.

“Part of that is just the ebb and flow, hit-and-run nature of journalism, but much of it is the news industry’s unwillingness to acknowledge mistakes and commit fully to accuracy,” McCall told Fox News Digital.

“News organizations ran full speed with the story of Border Patrol supposedly abusing migrants when the images of the officers on horseback first appeared. The sensational video overwhelmed the news agenda and little attempt was made to put the story in full context at the time,” McCall continued. “It is another case of journalism of omission now that major news outlets are ignoring recent developments that CBP found no evidence to support the initial media condemnation.”

CNN, MSNBC, ABC and NBC did not immediately respond to a request for comment.

The media ignoring the conclusion of the story comes on the heels of a recently published Gallup poll that indicated confidence in newspapers and TV news is cratering. A dismal 11% of Americans told Gallup they have a “great deal or quite a lot” of confidence in the TV news industry.

“Basic fairness should demand that news organizations provide a fair and accurate closure on this news event, especially given the mischaracterization that news outlets jumped to provide at the outset. Such failure to draw accurate closure is yet another reason trust in the media continues to decline,” McCall said.