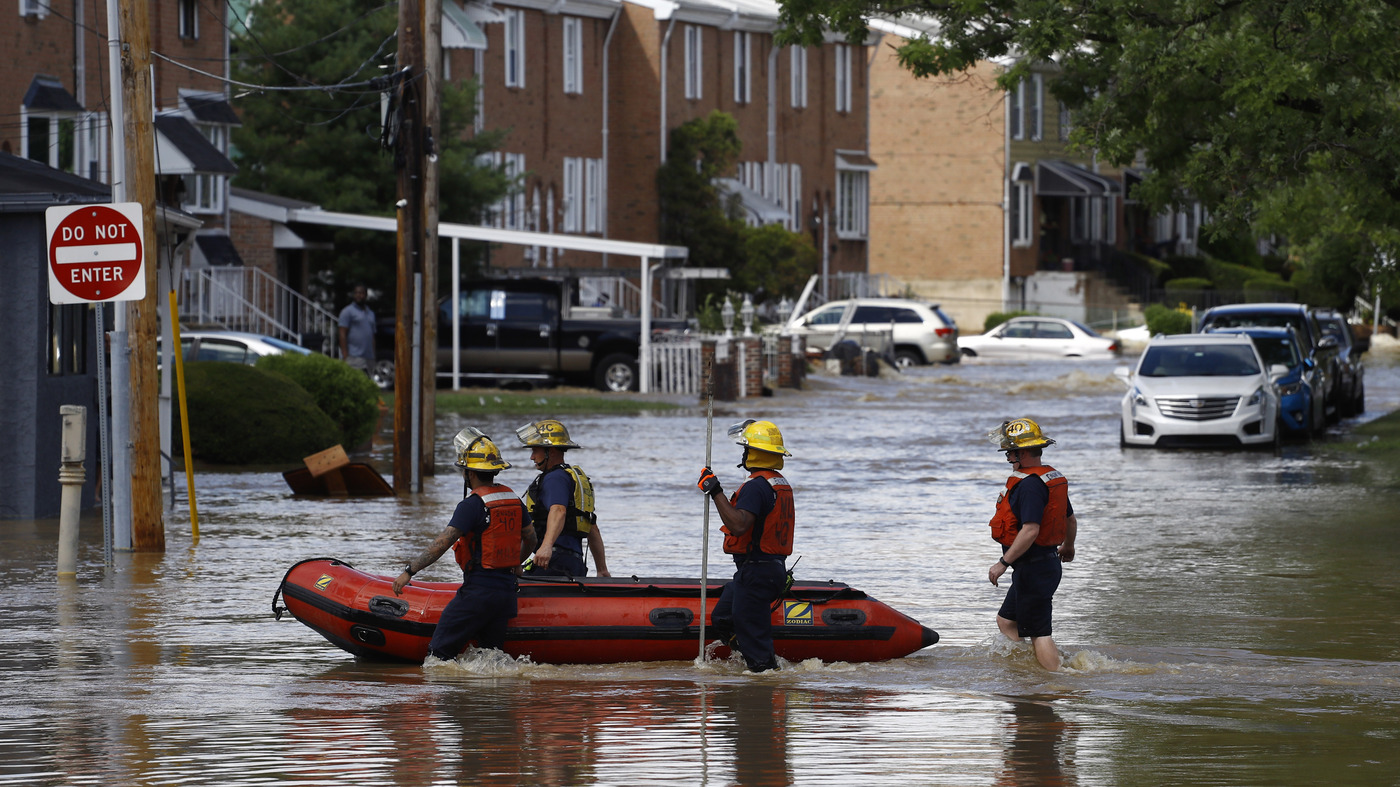 Philadelphia firefighters walk through a flooded neighborhood on Aug. 4, 2020, after Tropical Storm Isaias moved through.

Philadelphia firefighters walk through a flooded neighborhood on Aug. 4, 2020, after Tropical Storm Isaias moved through.

Human-induced climate change fueled one of the most active North Atlantic hurricane seasons on record in 2020, according to a study published in the journal Nature.

The study analyzed the 2020 season and the impact of human activity on climate change. It found that hourly hurricane rainfall totals were up to 10% higher when compared to hurricanes that took place in the pre-industrial era in 1850, according to a news release from Stony Brook University.

“The impacts of climate change are actually already here,” said Stony Brook’s Kevin Reed, who led the study. “They’re actually changing not only our day-to-day weather, but they’re changing the extreme weather events.”

There were a record-breaking 30 named storms during the 2020 hurricane season. Twelve of them made landfall in the continental U.S.

These powerful storms are damaging and the economic costs are staggering.

Reed, associate professor and associate dean of research at Stony Brook’s School of Marine and Atmospheric Sciences, says the findings show that human-induced climate change is leading to “more and quicker rainfall,” which can hurt coastal communities.

“Hurricanes are devastating events,” Reed said. “And storms that produce more frequent hourly rain are even more dangerous in producing damage flooding, storm surge, and destruction in its path.”

The research was based on a “hindcast attribution” methodology, which is similar to a weather forecast but details events in the past rather than the future.

The publication of the study follows the release of a report from the Intergovernmental Panel on Climate Change — a United Nations body — that found that nations are not doing enough to rein in global warming.

Michael Wehner, a senior scientist at the Lawrence Berkeley National Laboratory and one of the hurricane study’s co-authors, said the increases in hurricane rainfall driven by global warming is not shocking.

“What is surprising is that the amount of this human caused increase is so much larger than what is expected from increases in humidity alone,” Wehner said in the release from Stony Brook. “This means that hurricane winds are becoming stronger as well.”