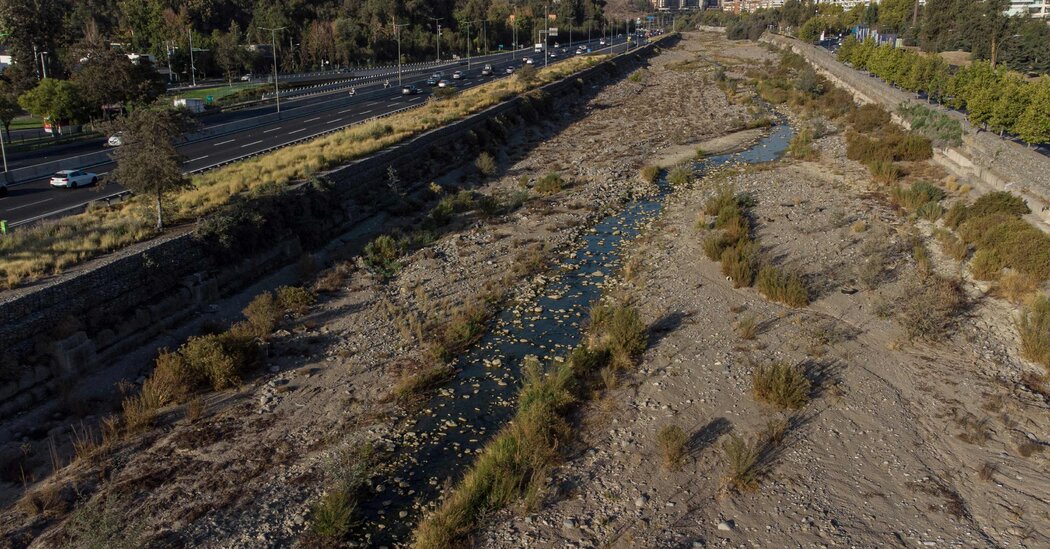 So, too, is Santiago, where I was two weeks ago on the way back from a reporting trip in southern Chile. It’s autumn there. The days are cool, and the leaves are changing colors.

Water demand is low this time of year, Claudio Orrego, the governor of Santiago, told me. But Santiago is in dire straits. By November, temperatures will rise and the city could face a scarcity if there is little snow and rain in the coming months.

“In the 481 years of existence of Santiago as a city, we never considered even the possibility of a shortage of water for human consumption,” Orrego said in an interview last week. “It was never on the table.”

Santiago is in the 13th year of a drought. The two rivers that carry water to the city, the Maipo and Mapocho, hold 65 percent of the water that they should this time of year. Glaciers have receded significantly. Orrego had seen it himself on recent hikes in the mountains that surround Santiago. The city’s water woes, he said, are no temporary blip.

As an emergency measure, Santiago has rolled out a four-tiered warning system that goes from green to red, based on the rivers’ water levels. Water utilities will be able to restrict water pressure and then cut water for up to 24 hours in different parts of the city. The governor has to make some tough political decisions soon. Agriculture and industry account for the majority of water use in and around the city, and forcing them to cut back could be difficult.

In the longer term, he said, Santiago will have to change how it uses water. It reuses only a fraction of its wastewater. Its system of tariffs isn’t encouraging people to reduce their water consumption. People wash their cars with an open hose, the governor fumed.