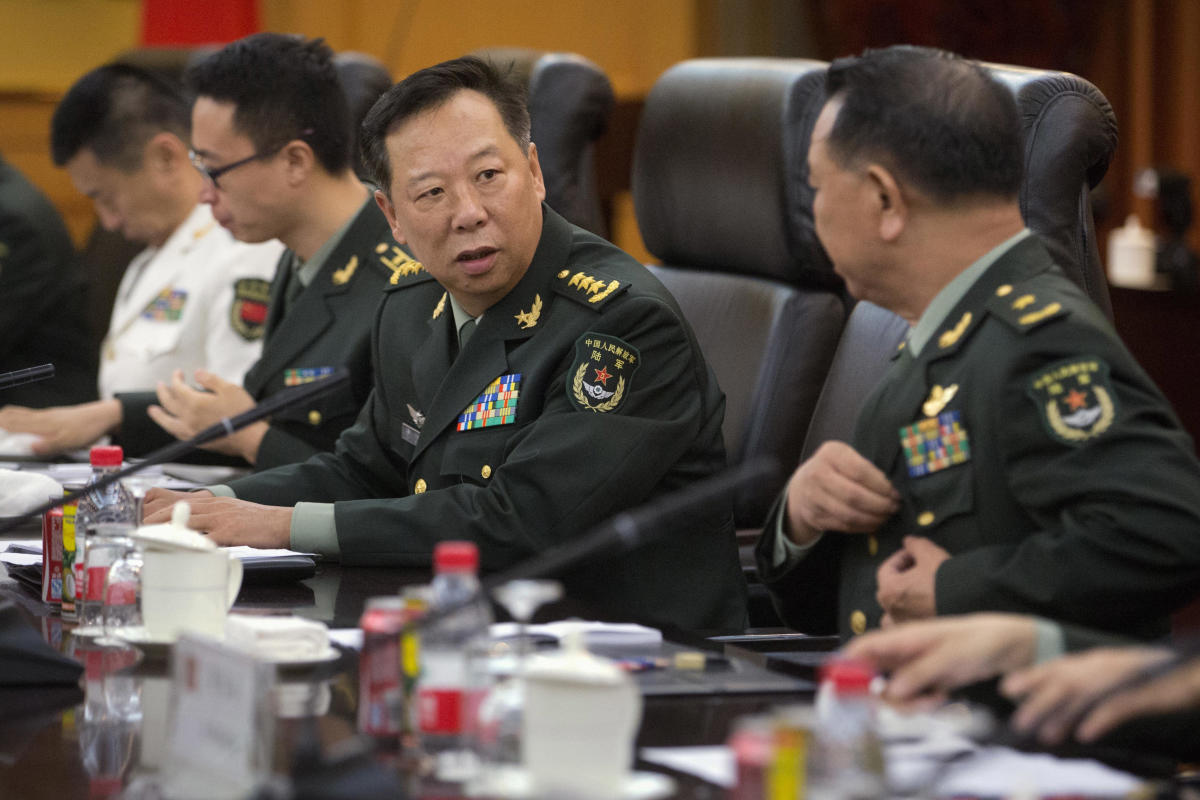 BEIJING (AP) — China has demanded the U.S. cease military “collusion” with Taiwan during a virtual meeting between the joint chiefs of staff from the two countries whose relationship has grown increasingly fractious.

Gen. Li Zuocheng told Gen. Mark Milley on Thursday that China had “no room for compromise” on issues affecting its “core interests,” which include self-governing Taiwan, which Beijing claims as its own territory to be annexed by force if necessary.

The Chinese military would “resolutely safeguard national sovereignty and territorial integrity,” he said. “If anyone creates a wanton provocation, they will be met with the firm counterattack from the Chinese people.”

Wei accused the United States of trying to “hijack” the support of countries in the Asia-Pacific region to turn them against Beijing, saying Washington is seeking to advance its own interests “under the guise of multilateralism.”

At the same meeting in Singapore, Austin said China was causing instability with its claim to Taiwan and its increased military activity in the area.

And in May, U.S. Secretary of State Antony Blinken called China the “most serious long-term challenge to the international order” for the United States, with its claims to Taiwan and efforts to dominate the strategic South China Sea, prompting an angry response from Beijing.

The U.S. and its allies have responded with what they term “freedom of navigation” patrols in the South China Sea, prompting angry responses from Beijing.

Despite not having formal diplomatic relations in deference to Beijing, Washington remains Taiwan’s chief ally and supplier of defense weapons. U.S. law requires the government to treat all threats to the island as matters of “grave concern,” although it remains ambiguous on whether the U.S. military would defend Taiwan if it were attacked by China.

The latest round of heated rhetoric comes ahead of a meeting between Blinken and his Chinese counterpart, Wang Yi, on Saturday at a gathering of foreign ministers from the G20 bloc of industrialized nations in Indonesia that is expected to be overshadowed by disagreements over Russia’s invasion of Ukraine.

China has refused to criticize Moscow’s aggression or even term it an invasion, while condemning Western sanctions against Russia and accusing the U.S. and NATO of provoking the conflict.

Along with Taiwan and the South China Sea, Washington and Beijing are also at odds over trade, human rights and China’s policies in Tibet and toward mainly Muslim Turkic minorities in the northwestern region of Xinjiang.