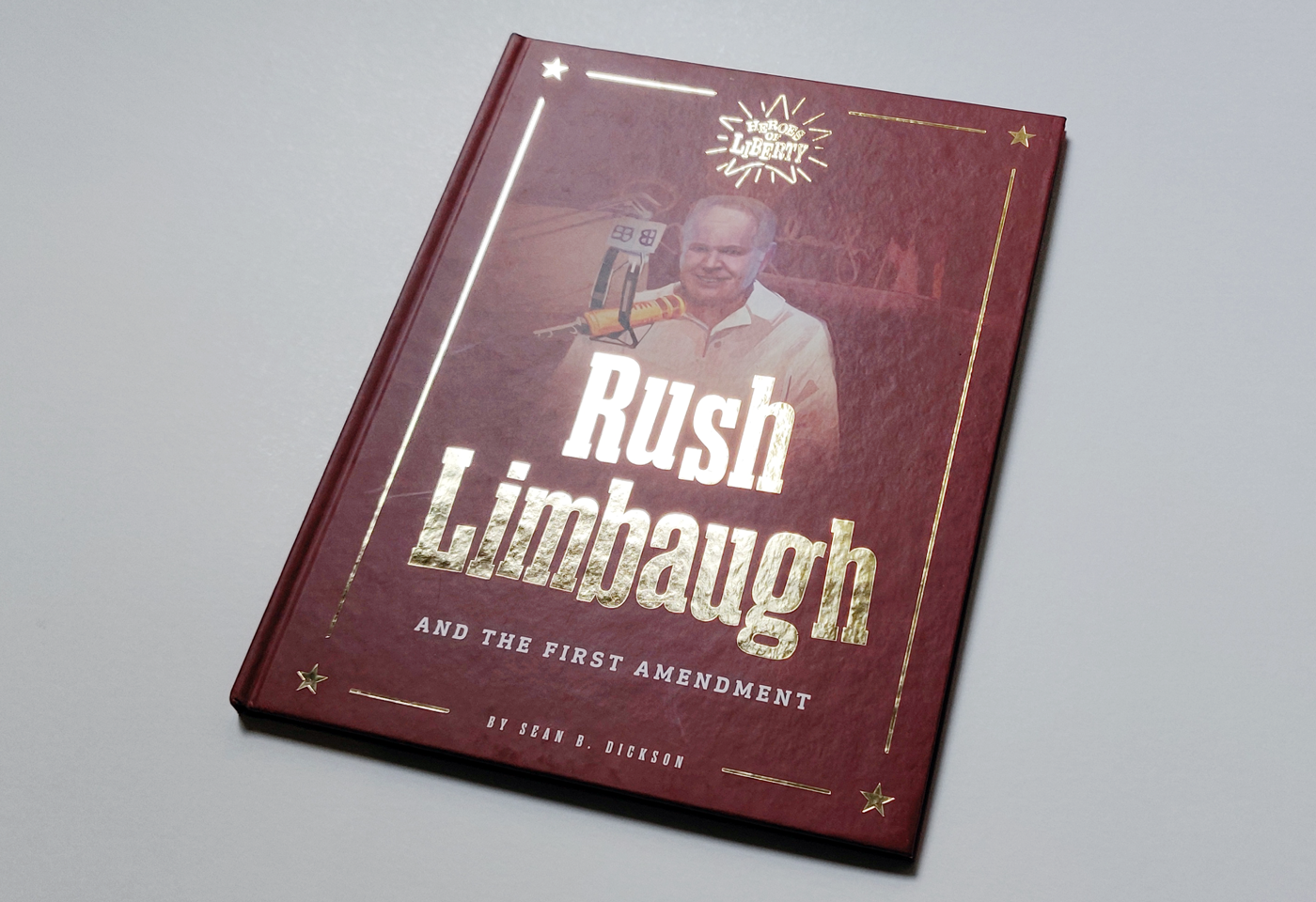 Heroes of Liberty will release a children’s book about late talk radio icon Rush Limbaugh next month, the latest in a series of biographies for youngsters that teach traditional conservative values through the stories of American heroes. The Limbaugh installment is designed to teach kids the importance of free speech and that it’s okay to speak your mind — even if some people will disagree.

“We started Heroes of Liberty about a year ago, and it was because we saw a hole in the marketplace. We saw that this was a need that wasn’t being filled,” Heroes of Liberty editor Bethany Mandel told Fox News Digital.

Heroes of Liberty will release a children’s book about late talk radio icon Rush Limbaugh in May.

SEAN HANNITY MARKS ONE YEAR SINCE DEATH OF RUSH LIMBAUGH: ‘HE HAD A GIFT NOBODY ELSE HAD’

Mandel and the other people behind Heroes of Liberty were sick of seeing multiple children’s books about liberals such as Ruth Bader Ginsburg, Kamala Harris and Hillary Clinton when conservative legends such as President Ronald Reagan were ignored by the genre.

Heroes of Liberty has previously published books for children between the ages 7-12 on Reagan, Margaret Thatcher, Alexander Hamilton, Thomas Sowell, Justice Amy Coney Barrett and John Wayne. Mandel explained the response has been “incredible,” as there is an obvious need for books geared to kids with conservative parents.

“There’s been a lot of attention on children’s literature in the last six months. People are starting to realize the state of children’s literature, and they’re starting to realize the ideological capture that’s happening in libraries and the absolutely inert, age-inappropriate content that’s being stocked in a lot of libraries. And people realize, you know, it’s up to us. We can’t let the sort of society at large set the morals of our children and our family because they do not share our morals,” Mandel said.

PHOTOS: RUSH LIMBAUGH THROUGH THE YEARS

Some of the books exemplify manhood, such as the Wayne biography that focuses on a boy who grew up in the “rough wilderness of the West” to become Hollywood’s biggest star, because Heroes of Liberty doesn’t feel young boys are learning that type of messaging these days. Other titles, such as the Coney Barrett biography, focus on traditional family values.

The next book will focus on Limbaugh and the First Amendment, and Mandel realizes the polarizing conservative will probably create some controversy, but Heroes of Liberty believes it’s worth it.

“It’s obviously it’s about free speech. It’s about the First Amendment. But for me, as the editor, the thing that was most important for me to get into that book, especially in the last two years, children are scared to speak their minds,” Mandel said, noting that American children have suffered from COVID-related school closures that they weren’t able to reasonably object to.

“None of it has made sense, and we’re teaching kids that they have to swallow that instinct in them that says, speak up, speak your mind, sort of object to things when you find them objectionable,” Mandel continued. “When you talk to children’s therapist and children’s psychiatrists, a lot of the mental health struggles that children are having is because they’re swallowing everything that could possibly offend anyone, whether it’s offensive or not. And so we really wanted the message of this book to be its good to speak your mind, it’s good to be outspoken and to say what you believe.”

She said children need to learn that sometimes people aren’t going to agree with their opinion, and the conservative talk radio legend is the perfect role model for what Heroes of Liberty hopes to accomplish.

“In the case of Rush Limbaugh, sometimes it’s not perfectly stated, but none of us are perfect and none of the heroes that we’ve chosen are perfect,” Mandel said. “But the important thing is, with this book, kids need to hear that they can speak their minds and that their voice has power.”

Rush Limbaugh learned he had Stage IV lung cancer in January 2020 and was awarded the Presidential Medal of Freedom by then-President Trump at the State of the Union address days later.

She said the Limbaugh book, which will be released in May, teaches kids that even people who adherently disagree with successful Americans will have to listen to them.

“President Obama had to contend with what [Limbaugh] was saying because he was so highly influential in our national discourse. Whether people liked it or not, there were millions of people who loved him and millions of people who didn’t. But his voice mattered,” Mandel said. “One of the goals of children’s literature is, is windows and mirrors. And so children need to be able to see through a window into their potential future, and they need to see themselves in the mirror. And that’s why usually about half of our books are actually based on the childhood of the person that we’re writing about… we’ve got a lot of really incredible, sort of, backstory into Rush Limbaugh’s life and childhood and how he became who he was.”

RUSH LIMBAUGH’S MOST MEMORABLE MOMENTS; A LOOK BACK AT THE RADIO TITAN’S LEGENDARY CAREER

The books feature elaborate illustrations that help inform youngsters on the lasting impact heroes featured in each edition have on Americans.

“We’ve used a lot of different illustrators from around the world to illustrate all these books, and we wanted to get like a good feel for the person based on the illustrations,” Mandel said. “So the illustrations that we did for the Amy Coney Barrett book are really sort of soft and gentle watercolor because that’s sort of the vibe we were shooting for with Amy Coney Barrett. The Alexander Hamilton, the illustrations on this are incredible. They belong in a museum. And, you know, every single page is completely, fully illustrated. They’re really beautiful.”

Perched behind his Golden EIB (Excellence in Broadcasting) Microphone, Rush Limbaugh spent over three decades as arguably the most beloved and polarizing person in American media.

Heroes of Liberty believes that particular snapshots from the lives of public figures are critical to telling that person’s story, such as Coney Barrett famously holding up the blank notecard during her confirmation hearing. When it came to Limbaugh, there were two iconic images that Mandel wanted to make sure were captured by illustrators.

“One of the other most powerful images to me, which, you know, came from much later in his life, was when he was awarded the Presidential Medal of Honor,” she said. “You can sort of see Melania Trump putting that around his neck, and that was a really, really powerful moment… so we have both of those moments illustrated in that book.”

Limbaugh learned he had Stage IV lung cancer in January 2020 and was awarded the Presidential Medal of Freedom by then-President Trump at the State of the Union address days later. He died on February 17, 2021, leaving behind a massive void of his big, booming voice that articulated conservatism like nobody else in American history.

The books are available on heroesofliberty.com, where they are sold individually or as part of a subscription plan where members receive a new book each month.