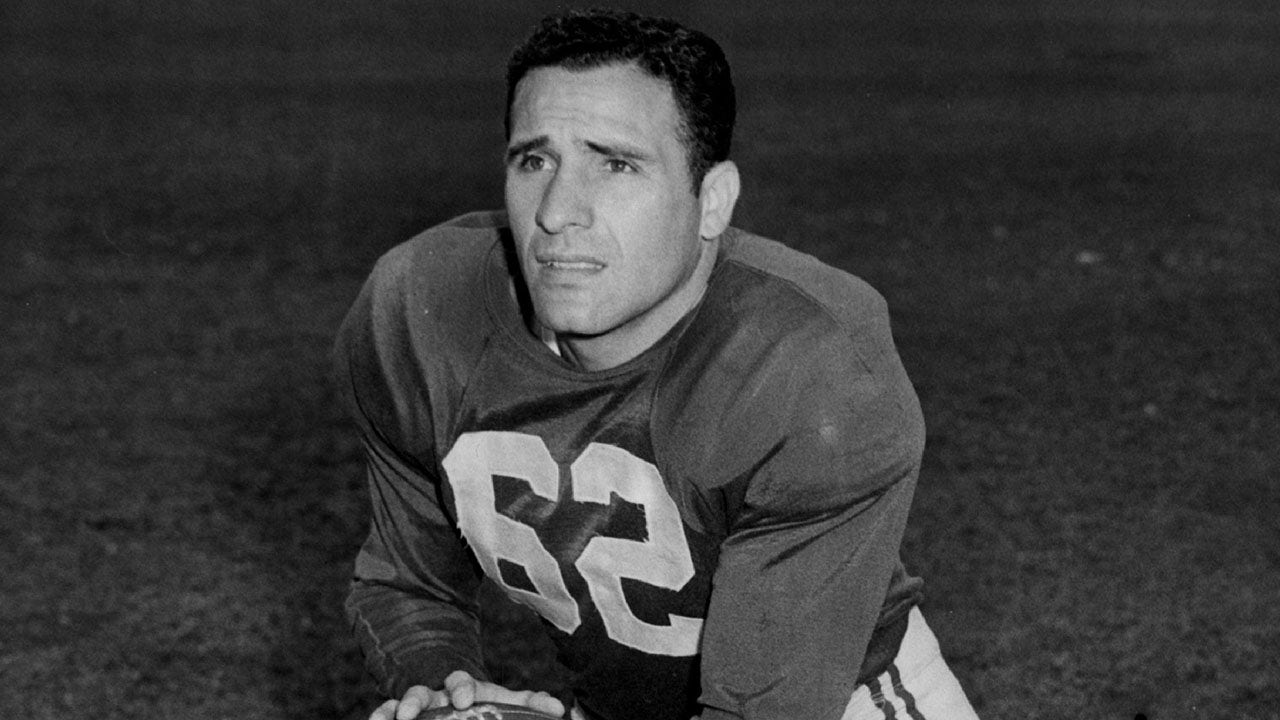 Legendary Cardinals running back and the oldest living Hall of Famer, Charley Trippi, died on Wednesday at his home in Georgia, his former alma mater announced Wednesday. He was 100.

Georgia athletics released a statement confirming that Trippi, who famously led the Bulldogs to 9-0 victory over the UCLA Bruins in the 1943 Rose Bowl game where he rushed for 130 yards, died peacefully at home in Athens.

Halfback Charley Trippi of the Chicago Cardinals, along with Vic Schwall (37), Bill Campbell(53) and Vince Banonis (32) on the bench during a 45-to-21 loss to the Washington Redskins on November 23, 1947, at Griffith Stadium in Washington, DC.
(Nate Fine/Getty Images)

“Charley Trippi will always enjoy a special place in the history of the National Football League, the Cardinals franchise and especially in the hearts of our family,” Cardinals owner Michael Bidwill said in a statement.

“My grandfather signed him to be part of the ‘Million-Dollar Backfield,’ and he was a key part of the Cardinals NFL championship team of 1947, my grandmother’s first as owner and on which my dad was a ballboy. I had the pleasure of getting to know Charley in more recent years and hearing his stories from such an important time for the Cardinals and the NFL.”

Halfback Charley Trippi of the Chicago Cardinals tries to avoid being tackled by Rams defender Pat Harder (34) in a 27-to-22 win over the Los Angeles Rams on October 31, 1948, at Los Angeles Memorial Coliseum in Los Angeles, California.
(Vic Stein/Getty Images)

Trippi played for Georgia University in 1942 and was awarded Rose Bowl MVP during his sophomore season, when the Bulldogs went 11-1. His collegiate career was put on hold after being called to service in World Word II.

He returned in 1946 and was a unanimous All-America selection and helped Georgia to a perfect record and an SEC championship. He finished the season with 744 rushing and 622 passing yards and was runner-up for the Heisman Trophy.

Trippi was drafted first overall by the Cardinals in 1945 as a “future pick” and played his first season in 1947, when he would score two touchdowns to help win the championship game. In his nine-year career with the Cardinals, he mostly played halfback but did move to quarterback for one season.

A two-time Pro Bowler, Trippi finished his career with 3,506 rushing yards, 1,321 receiving yards, and 2,547 passing yards. He remains the only Hall of Famer with at least 1,000 yards each receiving, passing and rushing.