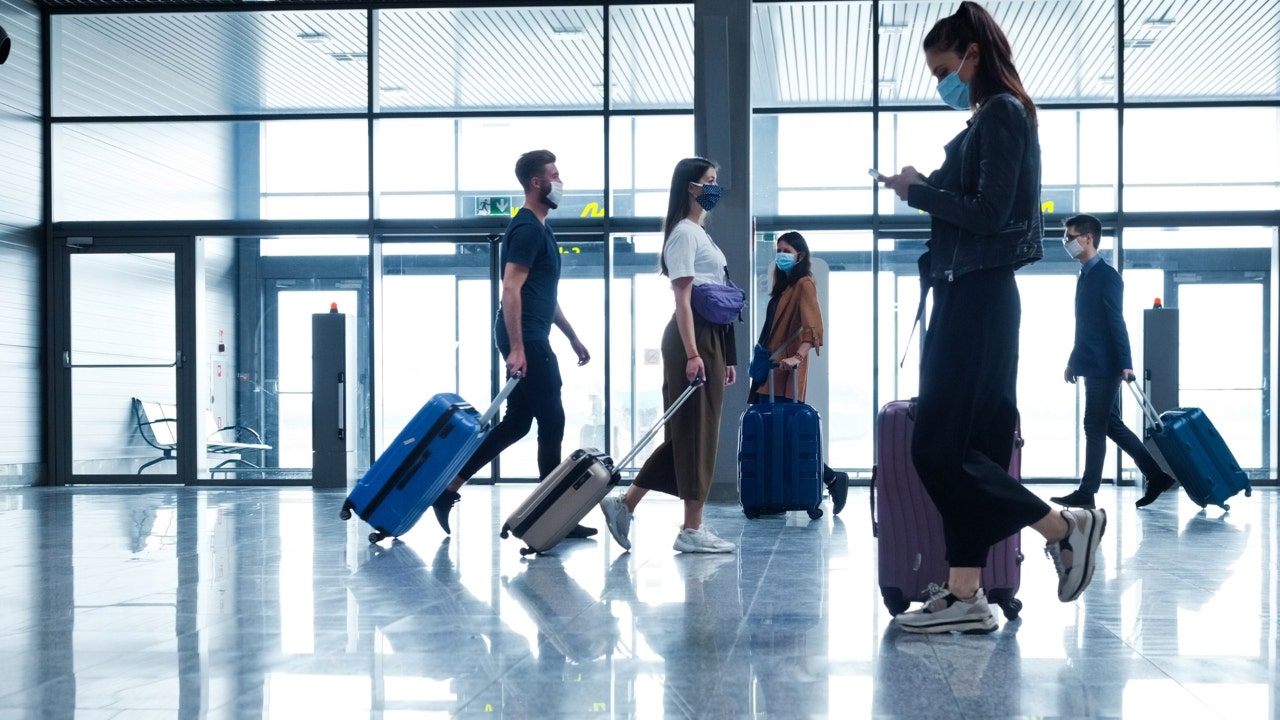 “Told You So” is the kind of mic-drop taunt youngsters use when they can gloat over their prescience to their peers.

In this case, it was in the headline of a piece last week from left-wing columnist Wajahat Ali, scolding those who were “over” coronavirus that the pandemic wasn’t over and that he was right about it being too soon to lift mask mandates. At the time, the Centers for Disease Control and Prevention had expanded mask mandates for public transportation due to the recent rise of a subvariant of the omicron COVID variant.

“The BA.2 omicron subvariant is everywhere. Even if you’re ‘over’ COVID, the coronavirus still isn’t done with us yet,” Ali wrote, in a column headlined, “Told You So—It Was Way Too Soon to Lift COVID Mask Mandates.”

Four days later, videos went viral of airplane crowds cheering over the Transportation Security Administration no longer enforcing Biden administration mask mandates following a judge striking them down. The decision drew derision from many media liberals and some anxiety from passengers who learned about the measure during or shortly before their flights, but many others cheered the news as overdue.

The Biden administration swiftly capitulated, saying it would no longer enforce the mandate. CBS legal correspondent Jan Crawford noted it could have challenged the ruling or asked for a stay if it was truly “irate” about the judge’s ruling; a Trump judge gave President Biden a lifeline on the “unpopular” mandates, she added in a tweet.

Ride-sharing services Uber and Lyft lifted their own mask requirements on Tuesday as well.

Progressive media voices that are still pining for COVID-19 mitigation measures, in a time where vaccines are widely available and life has gone largely back to normal across the country, appear to be getting left behind. More mainstream reporting and punditry in recent days has reflected that.

“If this is a pandemic wave, then many have decided the best response is a weary shrug,” the Wall Street Journal reported Sunday. “Part of that reaction comes from the fact that while cases are ticking up in some areas, hospitalizations remain low. Research has so far shown most people who are up-to-date with Covid-19 vaccines face little risk of landing in the hospital with BA.2, and prior infection with another variant also bolsters the body’s defenses.”

President Joe Biden blows his whistle for the start of a race during the White House Easter Egg Roll, Monday, April 18, 2022, in Washington. (AP Photo/Andrew Harnik)

Washington Post contributing columnist and CNN medical analyst Dr. Leana Wen pushed for stringent COVID measures since the beginning of the pandemic, but she has since irked the cautious coronavirus crowd with some of her recent words, including a piece defending this month’s Gridiron Club dinner that led to an outbreak of cases among prominent Democrats like Attorney General Merrick Garland and Rep. Adam Schiff, D-Calif.

NY TIMES JOURNALIST APPEARS TO FALL FOR SATIRICAL TWEET ABOUT MASK MANDATE ON PLANES: ‘THIS IS MAGA AIRSPACE’

Wen praised the idea of groups requiring vaccines for their events and the use of same-day rapid testing to stop future superspreader events, but she added she was fine with event organizers instead putting “the onus on individuals to decide the acceptable risk for their own medical situation.”

In a recent interview with health news site Stat, Wen responded to left-wing critics who felt she was normalizing the virus.

“One thing that has not been mentioned so much with the Gridiron dinner is that, as far as I know, no one has been hospitalized, no one has become severely ill,” she said. “And actually, when we were talking about what success and living with Covid looks like when vaccines first started coming out, that was what it looked like. It looked like people still getting infected but not getting severely ill, not straining our health care system and us living with this disease.”

“I’m not trying to be cavalier and say there aren’t consequences to getting Covid. What I’m saying is, if it looks like all of us are going to contract Covid in the near future, what are you willing to give up in order to keep on avoiding it?” she added.

The Washington Post’s Dave Weigel pointed out the story about the Gridiron Club quickly abated, as well as one about Speaker Nancy Pelosi, D-Calif., testing positive for the virus shortly after a White House event earlier this month where she kissed President Biden on the cheek.

‘It’s now been two weeks since the Gridiron dinner where dozens of people got covid. Nobody died and the story faded away,” he tweeted. He added, “Positive covid tests of vaccinated people keep becoming BIG SCREAMING HEADLINES even when those people are fine. The elderly speaker of the House tested positive! Remember that? Yeah, she’s fine.”

For now, people will be free to decide whether they wish to mask up on airplanes.

“I think masks on airplanes are still prudent,” he wrote in a message.

TRAVELERS REACT TO END OF THE AIRLINE MASK MANDATE WITH JOY, APPLAUSE

Americans, she said, are diverse with “varying levels of vulnerability and tolerance.”

“Two years into the pandemic, with ample vaccines, boosters, treatments and tests, mandates have no place,” she wrote in a message. “Moving forward this will be about individual risk assessment and shared decision making between physicians and their patients.”

For his part, Ali tweeted Monday night in response to airlines lifting their mask mandates, “We have decided the pandemic is over.”

He then started live-tweeting the Golden State Warriors NBA playoff game against the Denver Nuggets.