Casey Anthony wants to ‘tell her truth’ in a documentary, pal says: ‘She feels like it’s time’ 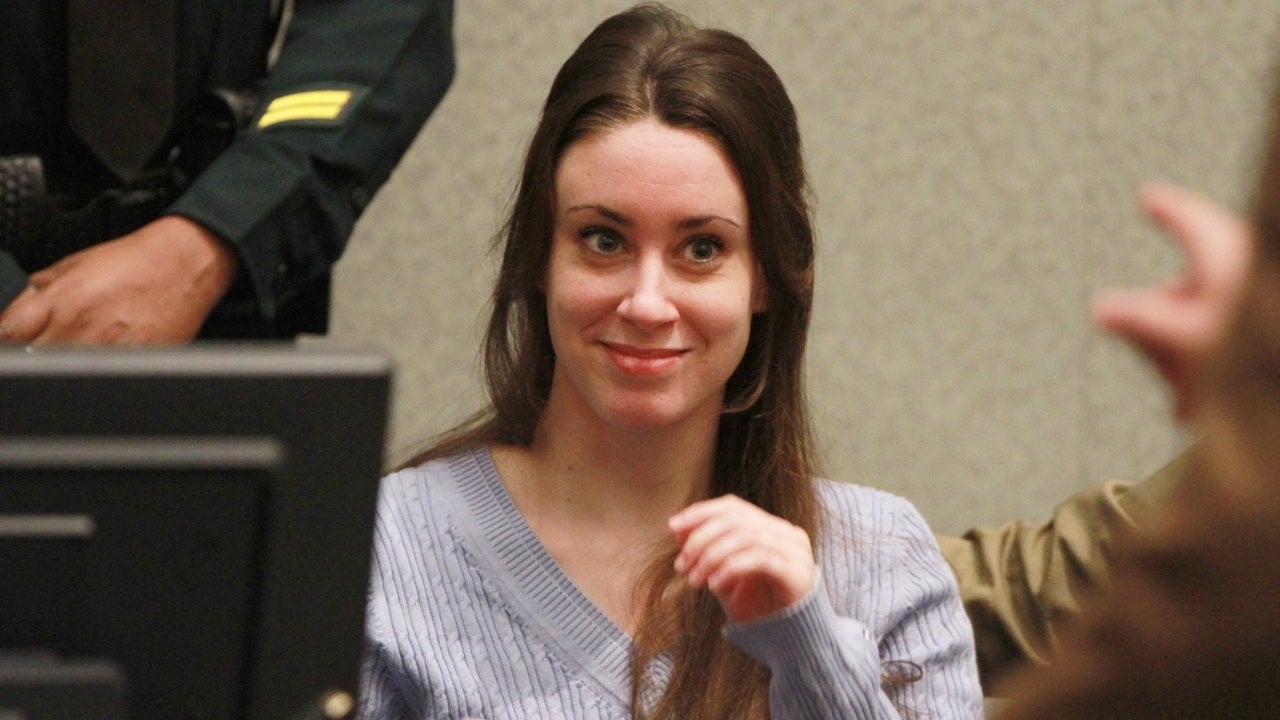 Casey Anthony, “the most hated mom in America,” is planning to speak out about her life.

The claim was made by a close friend, who insisted the 36-year-old wants to tell her story on her terms for a documentary.

“She’s waited almost 14 years to really talk deeply about her experience,” the source told People magazine on Tuesday. “She’s now getting ready to tell her truth. She feels like it’s time.”

Anthony was arrested in 2008 for the disappearance of her 2-year-old daughter Caylee. While the child was supposedly last seen on June 16, 2008, she was first reported missing by Anthony’s mother on July 15. Anthony told police that Caylee had disappeared with a babysitter.

It’s unclear whether Casey Anthony has already sat down for the interview, which is said to be for a major streaming service.
(Getty Images)

For nearly six months, volunteers conducted a nationwide search for the toddler and followed up on hundreds of leads. On Dec. 11, a utility worker working in a wooded area near Anthony’s Florida home found skeletal remains that were later determined to be Caylee’s. Experts would testify that air samples indicated that decaying human remains had been present in Anthony’s trunk.

Anthony was charged with murder and her 2011 trial was a media spectacle. According to Nielsen Research, at least 40 million people watched at least some of the testimony. In the end, prosecutors proved Anthony was a liar but convinced the jury of little else. The government failed to establish how Caylee died, and they couldn’t find her mother’s DNA on the duct tape they said was used to suffocate her.

After a trial of a month and a half, the jury took less than 11 hours to find Anthony not guilty of first-degree murder, aggravated manslaughter and aggravated child abuse. Anthony was convicted of four counts of lying to police (though two counts were later dropped) and served about three years in prison while awaiting trial.

Anthony admitted that she lied to police: about being employed at Universal Studios; about leaving Caylee with a babysitter; about telling two people, both of them imaginary, that Caylee was missing; about receiving a phone call from Caylee the day before she was reported missing.

Caylee Anthony was 2 years old when she vanished in June 2008.
(AP)

At the trial, lead defense attorney Jose Baez suggested that the little girl drowned and that Anthony’s father helped cover that up – and sexually abused his daughter. The patriarch vehemently denied the accusations.

Anthony has only spoken out once about the case. She gave an interview to The Associated Press in 2017, but it was not on camera. At the time, Anthony acknowledged that the public didn’t like her. However, she didn’t care.

“Based off what was in the media, I understand the reasons people feel about me. I understand why people have the opinions that they do,” said Anthony.

“I don’t give a s— about what anyone thinks about me, I never will,” she later remarked. “I’m OK with myself, I sleep pretty good at night.”

SON OF POLYGAMOUS CULT LEADER WARREN JEFFS SPEAKS OUT IN DOC: ‘WE WERE BRAINWASHED’

A cross is set up in the Caylee Anthony memorial that has been placed in the area where the 2-year-old’s remains were found on July 16, 2011, in Orlando, Florida.
(Joe Raedle/Getty Images)

Anthony also revealed that she has attempted to maintain a social life and goes out with friends to local bars. According to the outlet, Anthony lives in the South Florida home of Patrick McKenna, a private detective who was the lead investigator on her defense team. She also works for him, doing online social media searches and other investigative work.

Anthony made headlines last year when she got into a bar fight with a woman who was reportedly competing for the same man as her. Today, Anthony’s pal insisted that she lives a quiet life in South Florida and tries to avoid the spotlight.

“Since she got out of jail, she’s kept to herself,” the source told People. “… Now she feels like it’s time for her to set the record straight and say what she needs to say. She wants her voice to be heard.”

The outlet pointed out that it’s unclear whether Anthony has already sat down for the interview. A release date hasn’t been set yet. It is believed that the sit-down will air on a major streaming service.