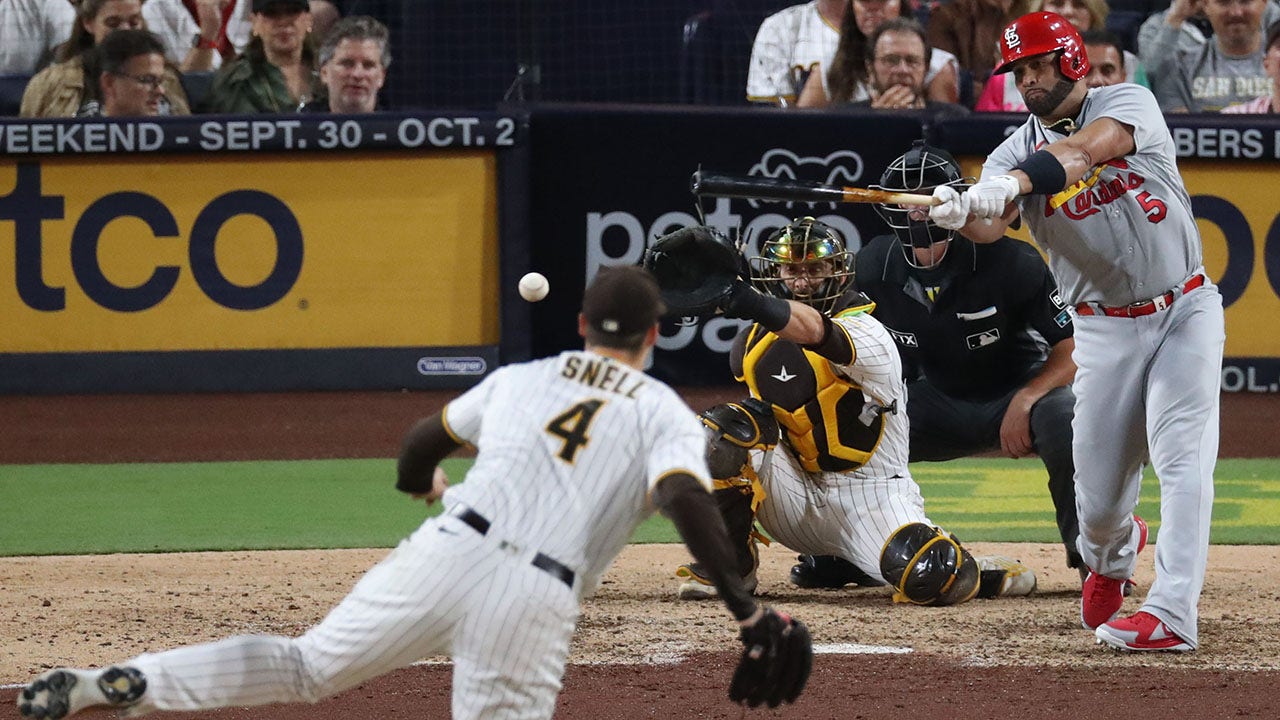 St. Louis Cardinals slugger Albert Pujols is still stuck on home run No. 698 with 12 games left in his career, but the 42-year-old was just one of two Cardinals to get a hit Wednesday night.

Pujols singled off of San Diego Padres pitcher Blake Snell with two outs in the top of the seventh inning, ending Snell’s no-hit bid as San Diego went on to beat St. Louis 1-0 at Petco Park.

Pujols’ hit came against the shift as he singled to the opposite side of the field and gave Padres manager Bob Melvin a reason to pull Snell after the seventh inning.

“I don’t want to say I’m glad somebody got a hit but I’m not going to let him throw 135 pitches this time of year and that’s probably what it would have taken to get through it,” Melvin said.

Snell threw 117 pitches on the night, striking out 13 and allowing no runs. It’s the fifth win in a row for the Padres and the second consecutive game they’ve shut out the Cardinals.

“You want a guy to be able to try to get a no-hitter but pitch-count wise he just wasn’t going to be able to make it at that point,” Melvin said. “There was a second hit and now you’ve got first and second and all of a sudden a base hit can tie the game. Look, everybody was pulling for Blake to do great things. I just don’t know that he would have had the pitches to actually do it.”

Pujols, who is attempting to become the fourth player in baseball history to hit 700 home runs in his career, has been stuck at 698 home runs since Sept. 17.

“I thought if I got a quick inning there I might have gotten into the eighth,” he added. “Who knows. It’s just tough; 13 strikeouts, like it’s going to be really tough going nine without throwing like 140, 150 (pitches).”

Albert Pujols of the St. Louis Cardinals hits a single off the Padres’ Blake Snell during the seventh inning, Sept. 21, 2022, in San Diego.
(Denis Poroy/Getty Images)

St. Louis is 7.5 games up on the Milwaukee Brewers in the NL Central with the postseason quickly approaching. The Padres remain 1.5 games up on the Philadelphia Phillies for the second wild card spot in the National League.

Joe Morgan is a Sports Reporter for Fox News.

Florida's island dwellers continue to dig out from Ian