Can Biden be ‘pushed aside’ if he insists on re-election? NY Mag seriously questions Biden 2024 bid 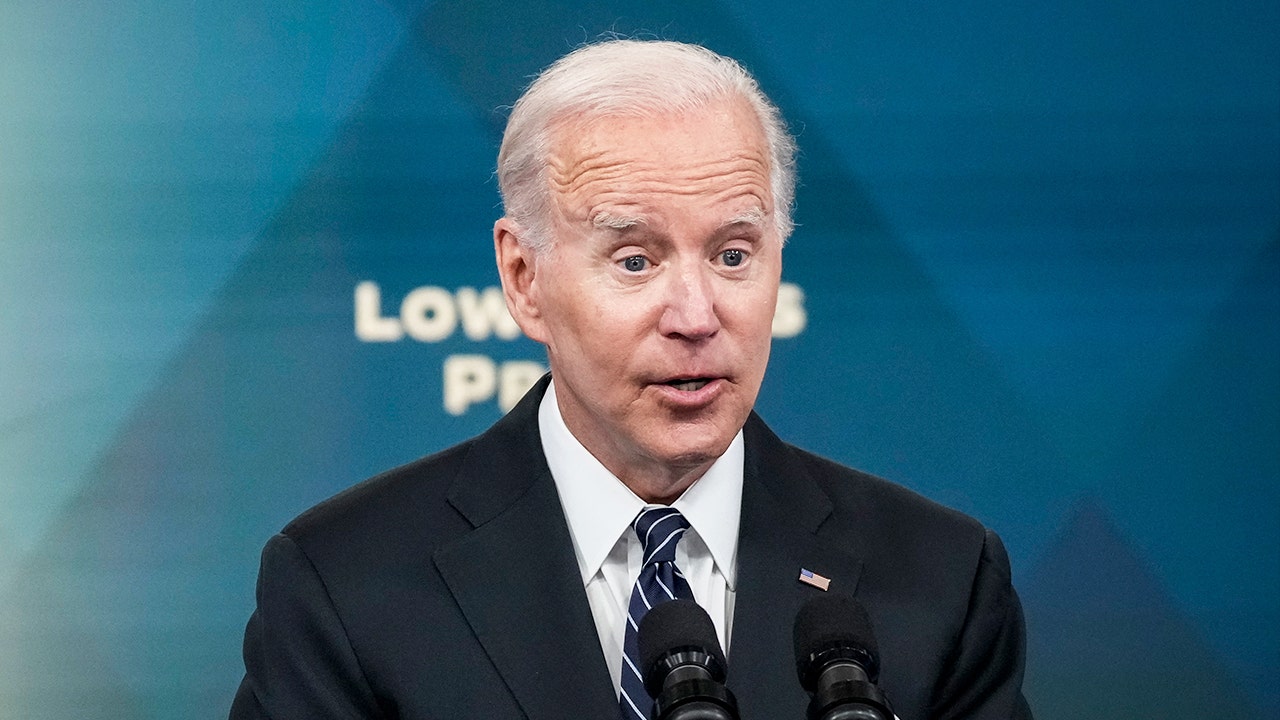 New York magazine’s The Intelligencer is the latest outlet to lament Biden’s serious unpopularity in the Democratic Party.  (Photo by Drew Angerer/Getty Images)

A new piece from New York magazine’s The Intelligencer site lamented the prospect that President Joe Biden could stay around for re-election in 2024.

On Monday, author Ed Kilgore published an article titled, “Are Democrats Stuck With Joe Biden in 2024?” The piece delved into the pessimistic attitude that many Democrats have towards Biden’s leadership of the country and acknowledged that the president’s unpopularity will make things bad for the party’s future.

Kilgore opened his piece, stating, “Joe Biden is at present a very unpopular president whose performance has discouraged his party’s base. That’s a bad combination for Democrats, who are facing a 2022 midterm election with fragile control of both houses of Congress.”

Following that assessment, Kilgore pivoted to the party’s criticism of Biden’s age, writing, “Just 12 days after November’s election, President Biden will turn 80, which is producing massive discussion about his age just as a new presidential-election cycle begins.”

BIDEN, HARRIS ‘DAMAGED GOODS’ AS DEMOCRATS LOOK PAST THEIR OWN INCUMBENTS IN RECORD TIME: CONWAY

Kilgore mentioned how the party is ready to let Biden go, adding, “If things go as badly as expected for Democrats on November 8, many in the party will be quietly and not so quietly urging the 46th president to retire at the end of his term.”

“But if he stubbornly refuses to pack it in, what then?,” the writer asked, painting Biden’s insistence on running again as a problematic prospect. “Are Democrats stuck with Biden-Harris ’24 anyway? Strange to say, but they might be.”

The author pointed to a devastating New York Times-Siena poll which revealed that “an imposing 64 percent of self-identified Democrats would prefer a different presidential nominee in 2024.”

Kilgore admitted that “this is just one poll,” but countered with the point that “you have to go back to Jimmy Carter to find anything like this level of intraparty disaffection with a Democratic president.” He again mentioned Biden’s age being the biggest problem for most of these discontented voters. “33 percent of Democratic respondents who prefer someone else cited Biden’s age as the most important reason for wanting a new 2024 candidate — higher than any other single factor.”

He also acknowledged that both Bill Clinton and Barack Obama “bounced back from horrible midterms to get themselves reelected,” the caveat being that “Clinton was 50 years old and Obama 51 when they were reelected. Joe Biden was 50 in 1992, the year Clinton was first elected.”

“This cannot be wished away as anything less than problematic,” Kilgore wrote.

A new NYT-Siena poll claimed that over 60% of Democrats want a different 2024 nominee than Biden.
((AP Photo/Susan Walsh))

He wondered if Biden could be “pushed aside” and into the “rest home” if he “doesn’t go away quietly,” and mentioned the other problem that the president’s current successors aren’t more popular than him.

“The only Biden heir apparent, of course, is his vice-president. Kamala Harris is not going to turn on the man who placed her a heartbeat from the presidency. Even if she did, she’s currently less popular than Biden,” he wrote.

Kilgore mentioned how other potential Biden successors, including Governor Gavin Newsom, D-Calif., and Governor Gretchen Whitmer, D-Mich., do not “have the combination of name ID and broad-based support to topple an incumbent president.”

He claimed that the only figure popular enough to take Biden’s place is Senator Bernie Sanders, I-Vt., but he is “older than Biden.”

Kilgore continued, saying that Biden could very well “still consider himself a good bet — perhaps the best bet — against a vengeful Trump in 2024,” and that he’s been politically resilient despite the odds. “It’s unclear if even an early primary defeat would deter him; after all, he lost the first three contests in 2020 (the first two very badly) and was repeatedly left for dead.”

“If he can get through the midterms without catastrophe and past his 80th birthday with some spring in his step, he could talk himself into one more campaign. And if his inner voice continues to tell him to defy the critics one more time, he may not listen to anyone else,” Kilgore concluded.