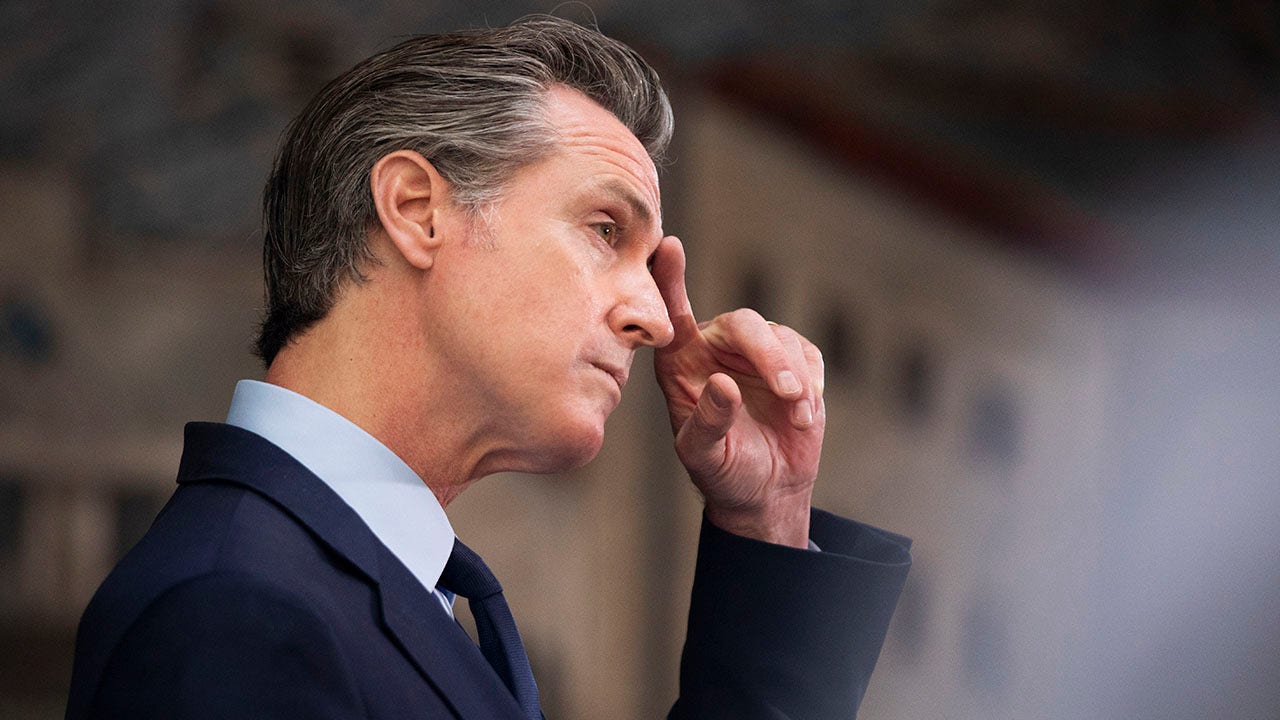 FIRST ON FOX: A conservative nonprofit estimated that California has spent over $500 million on diversity, equity, and inclusion (DEI) initiatives, including spending nearly $50,000 on “racial equity” trainings for the state Fish and Wildlife Department.

“Instead of effectively addressing issues like housing, crime, or homelessness, California officials have chosen to line the pockets of well-connected diversity consultants,” he continued.

California is estimated to have spent over $1 billion on diversity, equity, and inclusion initiatives, according to the Center for Organizational Research and Education (CORE). CORE submitted nearly 400 public records requests to Governor Gavin Newsom’s administration.
(Justin Sullivan/Getty Images)

“This analysis summarizes the results of nearly 400 California Public Records Act requests sent to state and local governments, as well as higher education institutions and K-12 school districts,” the report reads. “The results are unmistakable: spending related to DEI and critical race theory-framed activities is a vast and growing component of taxpayer-funded spending at all levels of California government.”

CORE received a response for almost half of their sunshine law inquiries, reporting that the Golden State has “spent nearly half a billion dollars on DEI projects alone” from the data received “with a majority of responses encapsulating FY2020 through FY2022.”

“This report provides cautious estimates of DEI-relevant spending and accounts for the proportion of outstanding requests for records,” the report reads. “This data indicates that so-called ‘Diversity, Equity, and Inclusion’ is easily worth $1 billion in Golden State spending.”

Several entities in the report spent state tax dollars on woke initiatives, such as the state Department of Fish and Wildlife, which spent “$49,500 in contracts for ‘racial equity’ trainings and workshops for employees),” and the California High Speed Rail Authority, which dropped “nearly $29,000 in consultants budgeted in FY2021-22 as part of its effort to form a Diversity Task Force.”

California’s Department of Conservation dropped nearly $180,000 on DEI initiatives, in FY2020-2021 that “included nearly $88,000 in training geared toward critical race theory and racial equity themes from contractors well connected within the state of California.”

The Department of Conservation also spent $9,000 on copies of Ibram X. Kendi’s cornerstone critical race theory book, “How to Be an Antiracist,” specifically to be handed out to staff including ‘Supervising’ and ‘Senior’ oil and gas engineers in the Department’s Geologic Energy Management division,” with one email flagged as “high priority.”

The California Department of Conservation spent $9,000 on copies of Ibram X. Kendi’s cornerstone critical race theory book, How to be Anti-racist.
(Photo by Michael Loccisano/Getty Images)

Additionally, the California Department of Water Resources was also another source of DEI spending, spending “over $414,000 on DEI goals over FY2020 and FY2021.”

The report also found that, below the state level, Golden State counties and cities spent a total “$110 million at the county level, and nearly $90 million at the city level” of public funds on DEI initiatives.

Government agencies are not the only parts of the Golden State that are being driven by DEI initiatives and programs. Schools also are taking part, and employees are bashing parents who push back on the woke ideology.

A California director for equity and inclusion director in the Poway Unified School District blasted the parents who disagree with her agenda as “resisters,” according to meeting summary notes obtained by Fox News Digital.

The meeting was held by JEDI – which stands for Justice, Equity, Diversity and Inclusion. According to the group’s chair, Casey Doan, it’s organized by the Palomar Council PTA in the Poway Unified School District. Additionally, on the group’s website, they claim to work directly with the district.

During a meeting dated Sept. 13., 2021, the district’s equity director Dr. Shawntanet Jara was asked about her agenda. “What will be your approach to push-back from parents?”

Dr. Jara said, according to the meeting summary, “Push back is nothing new. It’s loud but few… [L]ook at Org[anization] Change Theory: 20% resist, 20% wish you’d started 5 years ago, 60% just floating in the middle. I put my attention on the folks who were ready to move. There is a price to pay for that. But so be it. I have to sleep at night and need to know what I did was in service of children. My goal/ job is not to change their minds. I’m clear on that and ready to articulate that to resisters. Doesn’t have to be argumentative. It’s just factual. We can disagree and still be ok.”