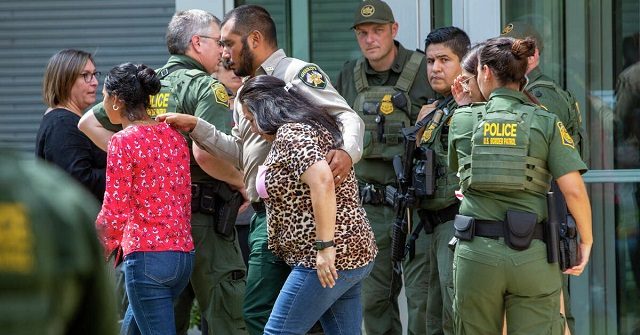 The California law firm Bonner & Bonner seeks a total of $27 billion from the Uvalde Consolidated Independent School District, Uvalde city leaders, and others, according to the Texas Tribune.

Bonner & Bonner is currently serving a claim, which is a precursor to actually filing suit.

The Austin-American Statesman reports the claim is filled against the Uvalde school district and city officials on behalf of nine families, “alleging ‘negligence’ and ‘failure to act’ in the course of the May 24 attack that left 19 children and two teachers dead.”

The Texas Tribune notes that the firm also “intends to seek damages from the list of law enforcement agencies present at Robb during the shooting and Daniel Defense, the manufacturer of the AR-15 the shooter used that day.”

The Tribune indicated that Bonner & Bonner’s Charles Bonner “hopes to reach a settlement ahead of the class-action suit, but if those parties don’t come to the negotiating table, he plans to file the federal lawsuit in September.”

The Statesman pointed out that the “claim effectively serves as a formal notification of the families’ intent to file a potential federal class-action lawsuit if a settlement isn’t reached.”

Charles Bonner observed that the families represented by Bonner & Bonner’s claim did not have children killed or wounded in the May 24 attack, but he suggested they were in “that zone of danger.”