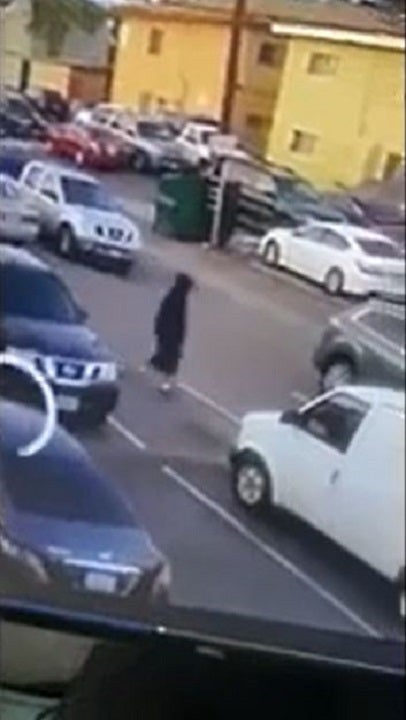 The students were sitting in a car in Santa Ana, located 30 miles south of Los Angeles, just before 7:25 p.m. Thursday when a gunman approached and opened fire near Century High School, the Santa Ana Police Department said.

One died from his injuries and the other was taken to a hospital. The deceased victim was identified by the Orange County Coroner’s Office as 18-year-old Roberto Izelo, a resident of the nearby city of Tustin and a senior baseball player for the school.

Two high school students were shot in Santa Ana, California, killing one of them and injuring the other, police said.
(Santa Ana Police Department)

The second student is a 19-year-old baseball player at Century High School, Fox affiliate KTTV reported. His identity has not been released.

A 16-year-old boy was sitting in the back seat of the targeted vehicle but was unharmed. The circumstances surrounding the incident are being investigated. Authorities released a video of a potential suspect crossing the street.

In a statement, the school district said it was “deeply saddened” by Izelo’s death.

“We offer our most sincere condolences to the student’s family,” the statement said.

No description of the possible suspect was disclosed. Fox News has reached out to the Santa Ana Police Department.