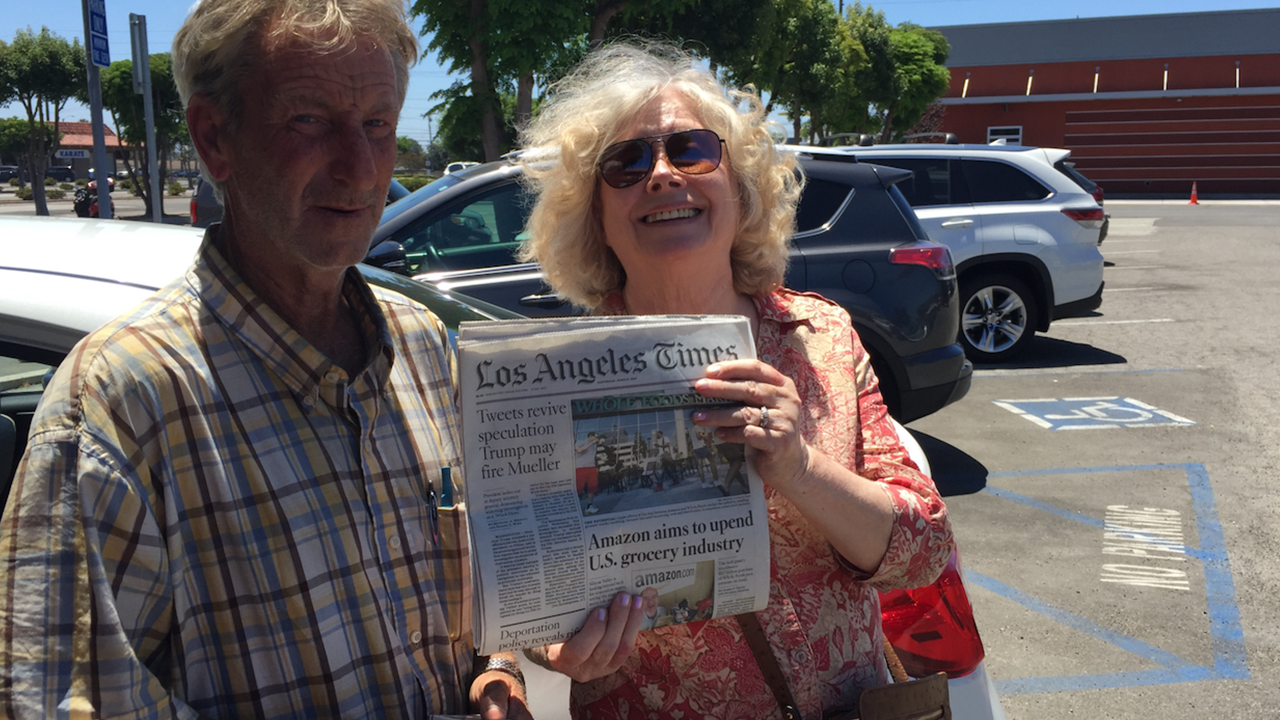 A California family was awarded $1.5 million after officials incorrectly told them their loved one had died, held a funeral for a different man and ultimately discovered he was very much alive weeks later.

“Well, … it was unbelievable … I mean, we had buried him a couple of weeks prior,” Carole Meikle said of burying a man she believed was her brother, according to KCAL.

The blunder unfolded in 2017 when the family was told Frankie Kerrigan died in Orange County. The family held a funeral for him but found out weeks later that Kerrigan was alive when a friend who served as a pallbearer at his funeral called Kerrigan’s dad and said he had shown up at his house.

The man’s father, Francis Kerrigan, said he was “overjoyed for about a minute, then he thought: “Oh my God, there’s a stranger in Frankie’s grave.”

They soon discovered they had actually buried a man who was found dead behind a Verizon store.

“I touched his hair, and I said goodbye,” Francis Kerrigan testified at the trial in Santa Ana.

A California family was awarded $1.5 million after officials incorrectly told them their loved one had died, but was actually still alive.
( V. James DeSimone Law )

Frankie Kerrigan has schizophrenia and was about 57 years old when he was falsely identified as dead. He frequently lived on the streets, the Associated Press reported.

A Superior Court jury this week awarded the family $1.5 million after finding the coroner’s office committed negligence and intentional misrepresentation. $1.1 million was awarded to Francis Kerrigan and $400,000 to Meikle.

“The jury not only found that the Orange County Coroner’s Office was negligent, but that its coroners made intentional misrepresentations to the Kerrigan family,” the family’s attorney V. James DeSimone said.

“The jury’s verdict speaks volumes — Orange County should treat everyone with care and concern when dealing with issues as important as life and death. And if the county institutes a new fingerprint system make sure you provide training and make sure your coroners understand how the system works,” the family’s attorney, James Desimone.

The family was told Kerrigan had died after officials verified his fingerprints, according to the family’s lawyer. His identity was actually falsely confirmed based on a police officer telling the coroner’s office he believed it was Kerrigan based on previous contact he had with him. A deputy coroner misidentified him based on Kerrigan’s 11-year-old driver’s license photo, the AP reported.

“A positive ID was made without verifying his fingerprints, without any biometrics, without any science, and it was wrong,” Meikle said.

“It’s traumatic for us in every way from the beginning to now, but now it’s in a good way because we’re helping Frank, and we’re helping everybody else that could possibly have this kind of mistake,” he said.

Norm Watkins, who represented the county, said there wasn’t any intention to deceive the family and the county will decide whether to appeal the jury verdict.

“We extend our apologies to the Kerrigan family for the misidentification of their son and brother,” the Orange County Sheriff’s Department Coroner Office said in a statement to Fox News Digital. The statement continued that “policies and procedures for identification of decedents have been updated and implemented at the Coroner’s Division.”

The body of the man buried in Frankie Kerrigan’s plot was exhumed and returned to his family members. He was identified as Kansas native John Dean Dickens, 54.

Kerrigan is currently living in a hotel and had not yet been told about the verdict as of Wednesday, according to the Associated Press.

“If he has some inclination there’s a court case going on, they’re afraid he’ll just bolt,” DeSimone said.