Brothers, ages 10 and 14, surrender in deadly beating of man with traffic cone in Philadelphia 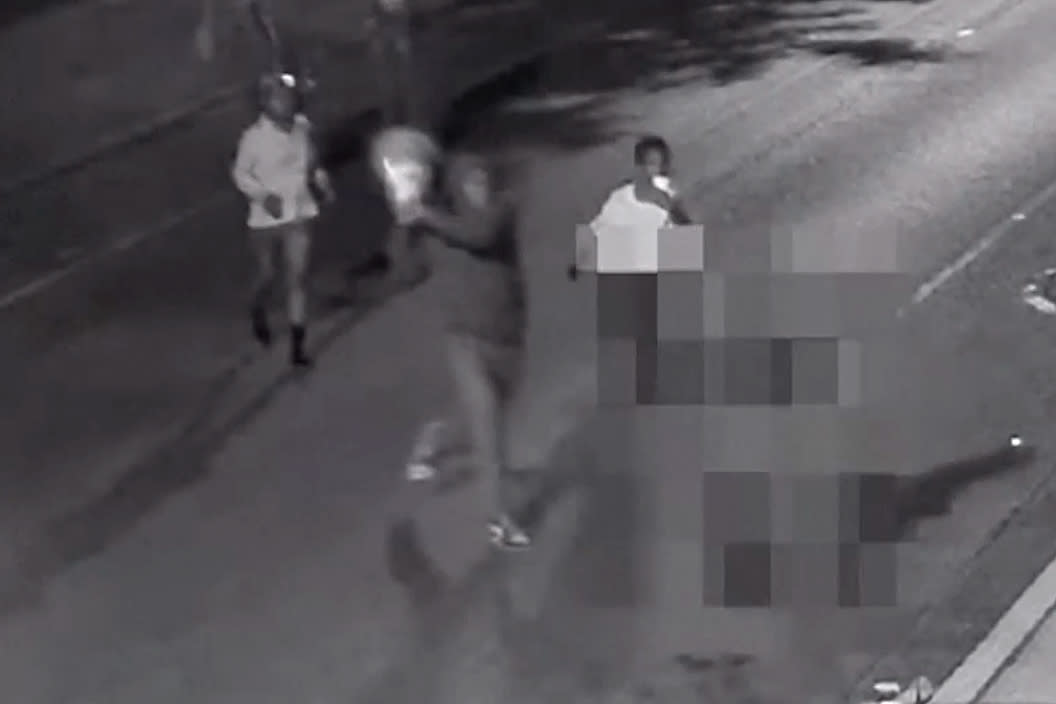 Two brothers, 10 and 14 years old, surrendered to police Monday in the fatal beating of a 73-year-old man with a traffic cone in Philadelphia, authorities said.

The brothers, who weren’t identified, have not yet been charged in the June 24 killing of James Lambert, Philadelphia police spokeswoman Tanya Litter said in a statement.

Their alleged involvement in the assault wasn’t immediately clear.

Authorities released security video last week showing a group of people who appeared to be in their early to mid-teens assaulting Lambert with the cone.

Lambert died June 25, authorities said. He fell to the ground after being struck and died from his injuries, the department said in a statement.

In the video, what appears to be a teenage boy and girl can be seen hurling a traffic cone at Lambert three times. Several others can be seen watching the incident.

Lambert appears blurred in the recording.

“How could you do that to a person?” Elsie Stephens, Lambert’s older sister, told NBC Philadelphia. “You have a mother and a father, how could you just beat a man until you take off half of his skull?”

The Philadelphia Police Department last week offered a $20,000 reward for information leading to a conviction in the killing. The department released images of seven people seen in the security video.