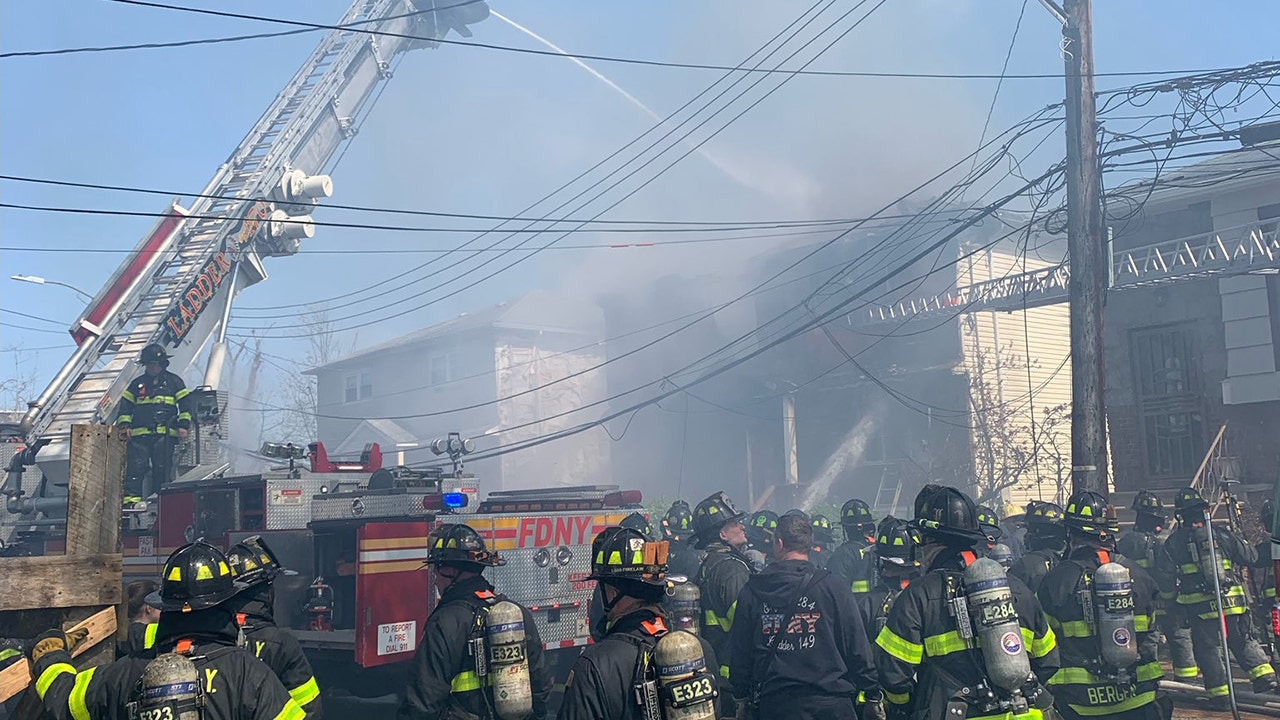 More than 130 firefighters were working to get control of a fire at a Brooklyn home on Sunday afternoon that left nine people injured.

Firefighters were dispatched to the scene in a residential are of east Brooklyn at 1:39, and the fire was upgraded to a 2nd alarm at 2:00, then a 3rd alarm at 2:12.

Eight firefighters were injured and transported to a local hospital for treatment, an FDNY spokesperson said. Their conditions were not immediately known.

One civilian also suffered injuries related to the fire but refused transport.

The fire started in the “peaked roof private dwelling” of the home, according to the FDNY.

Firefighters were still operating at the scene at 5:50 p.m.

This is a developing story. Check back for updates.