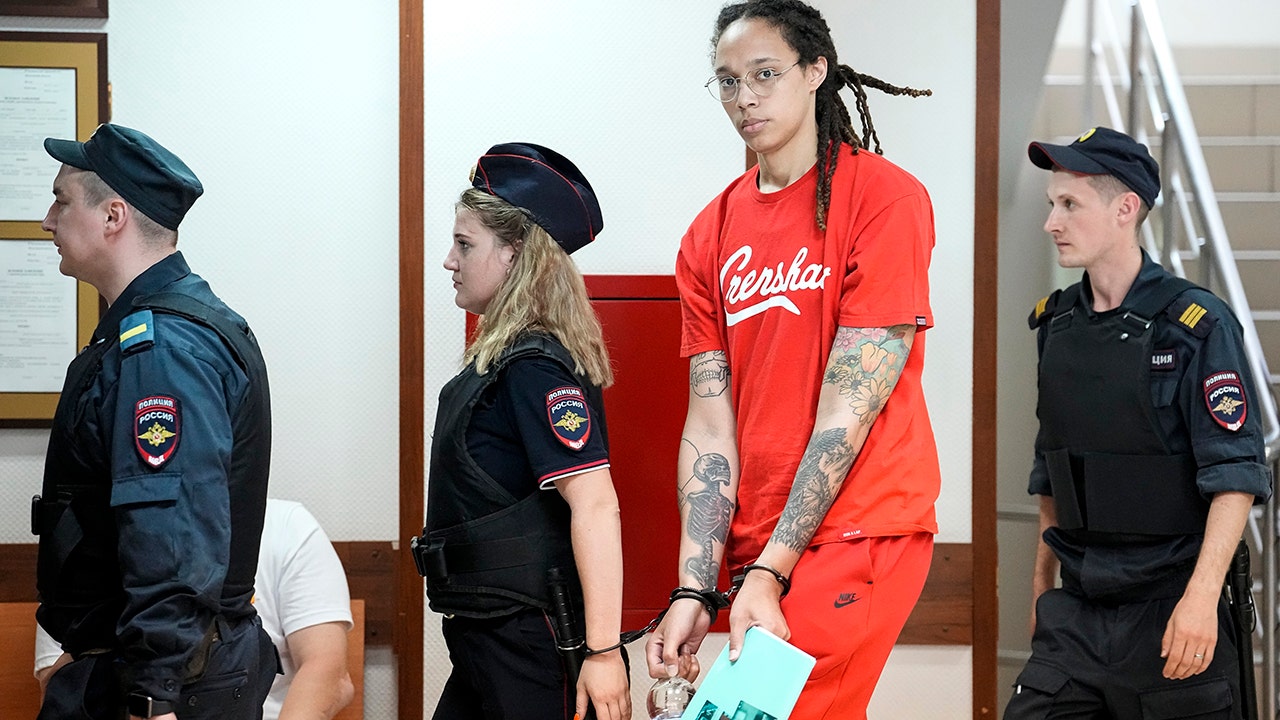 Brittney Griner’s Russian legal team said Thursday that the WNBA superstar “decided to take full responsibility for her actions” when she pleaded guilty to a drug charge in a court in Moscow and hoped the sentence won’t be severe.

Griner was arrested in February for allegedly bringing vape cartridges containing oils derived from cannabis through a Moscow airport.

She has been held in jail since. She faces a 10-year sentence.

Phoenix Mercury center Brittney Griner shoots during the first half of Game 1 of the WNBA Finals against the Chicago Sky Oct. 10, 2021, in Phoenix.
(AP Photo/Ralph Freso, File)

“Today BG pleaded guilty. It was her decision informed by discussion with her legal defense team in Russia,” her legal team said. “Brittney sets an example of being brave. She decided to take full responsibility for her actions as she knows that she is a role model for many people.

“Considering the nature of her case, the insignificant amount of the substance and BG’s personality and history of positive contributions to global and Russian sport, the defense hopes that the plea will be considered by the court as a mitigating factor and there will be no severe sentence.”

“Brittney Griner was a model of courage today,” Kagawa Colas said. “BG’s service as an Olympian and global sport ambassador, caring for those most in need, has always distinguished her; but BG is also a human being whose family misses her. She deserves our compassion, understanding, love and support.”

“We are so grateful to @POTUS and @VP for the time they spent with Cherelle confirming their commitment to bring BG and all Americans home and hope that out of respect for the sanctity of sport internationally, BG can return home as soon as possible.”

“The WNBPA stands with Brittney Griner. With a 99% conviction rate, Russia’s process is its own. You can’t navigate it or even understand it like our own legal system,” WNBPA Executive Director Terri Jackson said. “What we do know is that the U.S. State Department determined that Brittney Griner was wrongfully detained for a reason, and we’ll leave it at that.”

WNBA Commissioner Cathy Engelbert added: “Brittney Griner remains wrongfully detained in Russia and nothing that happened today changes that 140 days later. The WNBA continues to work diligently with the U.S. State Department, the White House and other allies in and outside government to get Brittney home safely and as soon as possible.

“She has the wholehearted and unconditional support of the entire WNBA and NBA family, who eagerly await her safe return, and the league will recognize BG as an honorary starter at this weekend’s WNBA All-Star Game.”

Griner’s guilty plea comes just one day after Russia’s Foreign Ministry said during a news briefing that the WNBA star will have the ability to appeal her verdict or apply for clemency. The Foreign Ministry also disputed claims made by the U.S. that she was wrongfully detained on Feb. 17.

The White House confirmed Wednesday that President Joe Biden spoke with Griner’s wife and is actively “working to secure Brittney’s release as soon as possible, as well as the release of Paul Whelan and other U.S. nationals who are wrongfully detained or held hostage in Russia and around the world.”

Griner’s legal team said it expected the trial to conclude around the beginning of August.