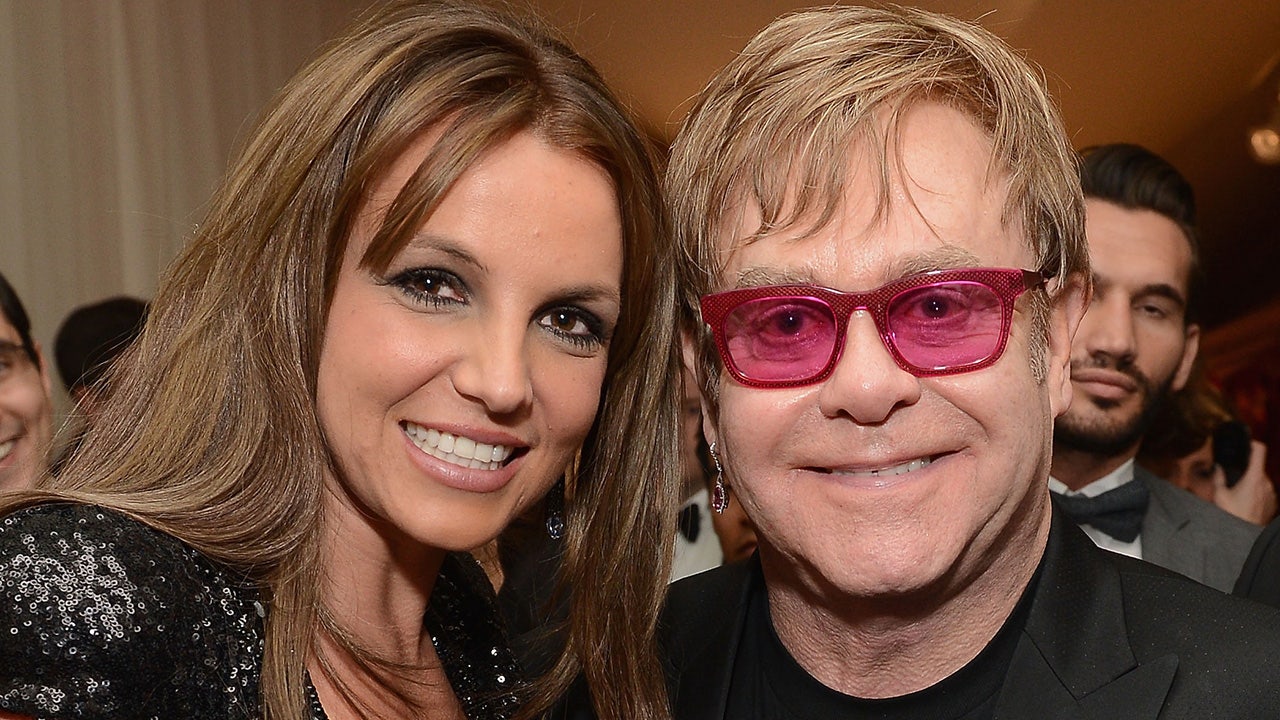 When Britney Spears’ and Elton Johns’ musical collaboration “Hold Me Closer” hit number one on iTunes just hours after its release Friday, the 40-year-old pop princess posted a cheeky Twitter video to The “Tiny Dancer” singer, saying she was going to have the “best day ever” and hoped he was “well.”

“Hello Sir Elton John we are like number 1 in 40 countries,” a fresh-faced Spears said into the camera in a mock British accent. “Holy s—! I’m in the tub right now and I’m about to go have the best day ever and I hope you’re well.”

The post came after Spears deleted her Instagram account again. The “Baby One More Time” singer had posted a short clip of “Hold Me Closer” on the platform before it officially dropped on Friday along with a caption thanking John for his “generosity” during their collaboration, according to Billboard.

“Maybe we should have Tea Time !!!” the singer joked to John. “Oh and let’s invite Queen Elizabeth too !!! I bet she’s a brilliant study of behavior !!! So shall we tidy up ??? Since most say they are honored TO KNOW ME SO WELL and only want happiness for me … you can bet your bottom dollar that THIS collaboration will heighten my year by joining your brilliant hands of play.

BRITNEY SPEARS’ COMEBACK SONG ‘HOLD ME CLOSER’ WITH ELTON JOHN ROCKETS TO NO. 1

She added, “Thank you for your generosity and just thinking of me to join you on such a brilliant song !!! How cool is it to be a background voice ON YOUR song !!! Sir Elton I did it thanks to your genius, creative, and legendary mind !!! I am so grateful !!! I just keep on giving don’t I ??? Can I get an AWWWWE ???”

John replied in the comments: “More than a background singer, darling. Can’t wait for everyone to hear what we’ve been working on!”

He also replied to her tweet, saying, “Hey Britney!! Thank you for this message. You’ve made my day!! Hope everyone has the best day dancing to our song! #HoldMeCloser.”

The song is Spears’ first since her conservatorship was terminated last year – at one point she said she wouldn’t perform onstage until it was ended and claimed under its terms she wasn’t allowed to do remixes of her songs or perform new music – and the first in six years since her 2016 album “Glory.”

Spears gave her thoughts on her musical comeback in a pinned tweet Wednesday before “Hold Me Closer” was released.

“Hold Me Closer” shot to number one on iTunes within hours of its release on Friday.
(Getty Images)

“Okie dokie … my first song in 6 years !!!!” she wrote. “It’s pretty damn cool that I’m singing with one of the most classic men of our time … @eltonofficial !!!! I’m kinda overwhelmed… it’s a big deal to me !!! I’m meditating more and learning my space is valuable and precious !!!”