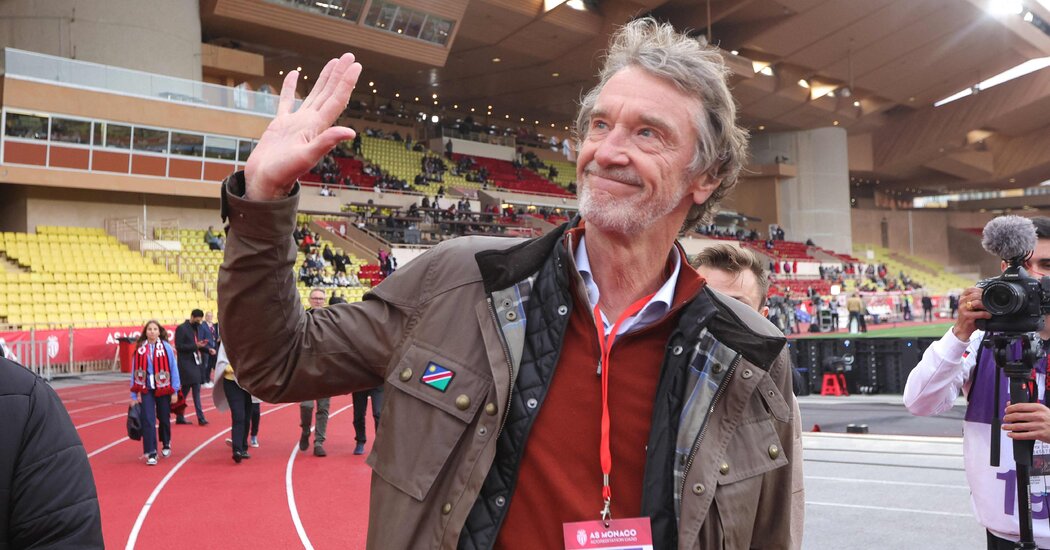 Jim Ratcliffe, a billionaire industrialist and one of Britain’s richest men, has made a $5.3 billion offer to buy Premier League soccer team Chelsea F.C., a late and audacious proposal that dwarfs at least three other multibillion-dollar bids for the team.

The price, if accepted, would be the highest ever paid for a sports franchise.

“We are making this investment as fans of the beautiful game — not as a means to turn a profit,” Ratcliffe said in a statement issued by his petrochemicals business, Ineos, confirming his pursuit of Chelsea. “We do that with our core businesses. The club is rooted in its community and its fans. And it is our intention to invest in Chelsea F.C. for that reason.”

Ratcliffe’s enormous offer for the West London club — which arrived on Friday as Chelsea and the bank it had hired the manage the sale were considering at least three other multibillion-dollar offers — caps a tumultuous and dizzying few weeks for Chelsea. Its current owner, Roman Abramovich, was forced to put the team up for sale when he was placed under crippling sanctions by Britain’s government and others for his association with Russia’s president, Vladimir V. Putin, in the wake of Russia’s invasion of Ukraine.

Under Abramovich, Chelsea has become one of the biggest and most successful teams in global soccer. That has come at a huge cost, though, with the team losing about $1 million a week since Abramovich, then an unknown Russian businessman, took control of the team in 2003.

Ratcliffe, whose personal wealth might surpass Abramovich’s fortune, has suggested he would be willing to do the same. His offer will almost certainly be out of reach of the three bidders who were already being considered by the Raine Group, the New York-based merchant bank Chelsea has enlisted to handle the sale. Ratcliffe’s arrival has upended that process, but choosing him could make the sale speedier than it would have been.

As part of his offer, Ratcliffe pledged 2.5 billion pounds, or $3.1 billion, to a charitable trust “to support the victims of the war.” That language is similar to that used by Abramovich when he first announced he was putting the club up for sale. It remains unclear how such a charity would work, or how the British government would ensure that none of the proceeds of the sale flowed to Abramovich.

Ratcliffe pledged to invest a further $2.1 billion on Chelsea over the next 10 years, a figure that would also include the redevelopment of the club’s aging Stamford Bridge stadium, another of Abramovich’s stipulations.

Ratcliffe, a self-described fan of Chelsea’s Premier League rival Manchester United since his school days, is worth $10.6 billion, according to an index of the world’s richest people compiled by Bloomberg. Chelsea would not be Ratcliffe’s first foray into sports investment, or even soccer. He owns the French professional soccer club OGC Nice, located close to his home in Monaco, and also F.C. Lausanne-Sport, a team in Switzerland. But purchasing Chelsea would be of a different magnitude altogether. He has pledged to retain the team’s place among the world’s elite teams.

“We believe that London should have a club that reflects the stature of the city,” Ratcliffe said. “One that is held in the same regard as Real Madrid, Barcelona or Bayern Munich. We intend Chelsea to be that club.”

His 11th-hour offer will anger the group of American-backed bidders who have spent the last few weeks engaged in an increasingly complicated auction devised by Raine’s co-founder Joe Ravitch, the banker handling the sale. Deadlines for final bids were extended on several occasions, and then late this week the three investment groups remaining in the process were told to increase their offers by a further $600 million.

Raine has not commented during the bidding process, beyond an interview in which Ravitch made the startling — and as yet unsubstantiated — claim to The Financial Times that Chelsea and other Premier League teams could be worth $10 billion within five years.

At about the same time Ratcliffe went public with his bid, The Wall Street Journal, citing anonymous sources, reported that one of the finalists in the bidding, a group led by the Los Angeles Dodgers part-owner Todd Boehly, was set to enter exclusive talks to acquire Chelsea.

Boehly’s group had been challenged by a sprawling consortium bankrolled by Josh Harris and David Blitzer, members of the ownership group that controls the Philadelphia 76ers of the N.B.A., who this week added the Formula 1 driver Lewis Hamilton and the tennis star Serena Williams to their ranks.

The circumstances of the sale have been among the strangest seen in professional sports, creating a beauty pageant that brought together some of the wealthiest people in the world, celebrity athletes and unknown figures that appeared intent on using the sale to raise their own profiles.

For Chelsea’s players, staff and fans, a decision cannot come soon enough. The club has been working under highly unusual financial constraints since the sanctions against Abramovich, described by the British government as a close associate of Putin. The special government license that allows the team to operate has left the club holding as many as 10,000 unsold tickets for its home games, and has forced the team to limit its travel budgets and close the team store.

The uncertainty over the future has affected the team on the field, too. Chelsea expects to lose two key defenders, Antonio Rüdiger and Andreas Christensen, when their contracts expire at the end of the season. Any talks with potential replacements cannot take place until a new owner replaces Abramovich.