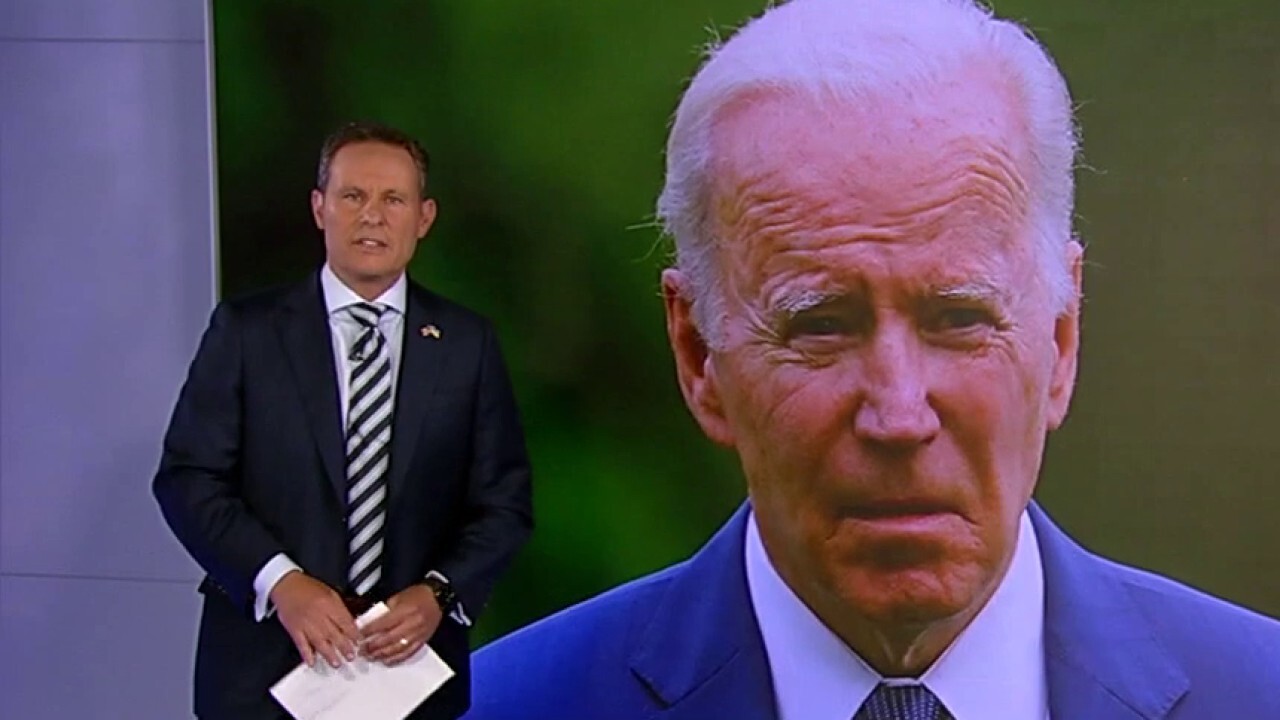 Fox News host Brian Kilmeade laid out President Biden’s double disappointment at home and internationally on the world stage on Saturday’s “One Nation.”

BRIAN KILMEADE: We begin perhaps with President Biden’s double disappointment. Now as the president’s domestic policy begins to crater to the point where not only will Democrats not want to support him, they don’t want to appear on stage with him — the latest being the White House communications director, Kate Bedingfield, does want to work with them anymore. Now talk about stage with them. Those are two candidates in Ohio. Perhaps the most surprising to Biden supporters is how flat-out he is falling on the national stage, failing at fixing inflation while Americans have to choose whether to buy groceries or pay for gas to get to work or use credit cards to pay their bills. Domestically, it’s been a disaster, but in trying to explain away shortcomings, he inflates the power and influence of none other than Russian President Vladimir Putin in the economy and in everyday American life… His numbers will arguably never recover after the way he chose to leave the longest war in Afghanistan… unconscionably leaving our own people behind. Then, perhaps the most devastating revelation was exposed by Reuters this week — the decision to empty a strategic oil reserve to lessen gas prices.

U.S. President Joe Biden delivers remarks on the impact of Russia’s invasion of Ukraine on food supply and prices, and his Administration’s efforts to support farmers and food processors, Kankakee, Illinois, U.S., May 11, 2022.
(REUTERS/Tom Brenner)

Not only has he not brought down the price of gas using our own emergency fuel, he’s making us less secure because we have less of it. And the nations benefiting most from it are the ones right behind me. They are China and India. China, the one nation doing more than anybody else to prop Russia up. And then there’s India, who I think… have secondary sanctions because they are continuing to buy Russian oil, killing Ukrainians tangentially. Now he’s helping our enemy, and it’s making us weaker. And the Chinese company that is buying it is affiliated with Hunter Biden. How do you do this? And what about the idiotic obsession this administration has with restarting the Iranian deal as we beg Iran to reenter the agreement with us, asking the Russians to be our go-between currently… He has all his experience in international affairs and he’s broken us internationally and he’s broken us here at home by breaking the border where close to 2 million people have entered this country illegally and the White House doesn’t care. The disappointment at home, socially and economically are hard to digest. But we sure didn’t expect him to be this disappointing on the international stage where he spent the bulk of his career.