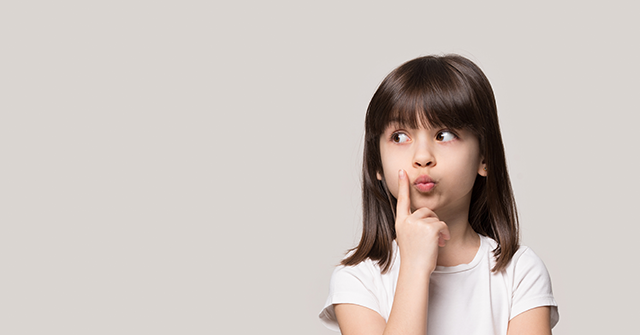 A psychologist at the Boston Children’s Hospital claimed that children know they are transgender “seemingly from the womb,” explaining that the gender clinic sees children as young as ages two and three.

A shocking video produced by the Boston Children’s Hospital Gender Multispeciality Service features psychologist Kerry McGregor claiming that children may identify as transgender from the womb.

“A good portion of children do know as early as from the womb” that they are transgender.

At Boston Children’s Hospital “we see a variety of young children all the way down to ages 2 and 3.” pic.twitter.com/BIatsHFdkS

In the video on transgenderism, McGregor remarks “A good portion of children know … seemingly from the womb.” Some children identify as transgender “as soon as they can talk,” she continues. “Kids know very very early,” McGregor claims.

She went on to say that the clinic sees “a variety of young children all the way down to ages two and three.”

McGregor tells parents to “just be supportive” of their child’s gender dysphoria. She remarked, “You might not understand,” but the “biggest thing you can do is just … support your child and just allow them to express themselves.”

Meanwhile, the cofounder of the Boston Children’s Hospital Gender Multispeciality Service, Dr. Norman Spack, has admitted to giving a 13 year old cross-sex hormones and has advocated that girls as young as 14 should be given “gender affirming” mastectomies.

The co-founder of the youth gender clinic at Boston Children’s Hospital admitted to giving cross-sex hormones to a 13 year old child.

Dr. Norman Spack has suggested girls be given ‘gender affirming’ mastectomies as young as 14.

Breitbart News previously reported that Dr. Jeremi Carswell, the Director of the Gender Multispeciality Service at the Boston Children’s Hospital, made a video in which she claims that children may know that they are transgender “from the minute they were born, practically.”

Breitbart News revealed that Carswell received thousands of dollars in compensation from Endo Pharmaceuticals, the company that produces Supprelin LA, which is commonly used off-label as a puberty blocker. Carswell was specifically paid for consulting directly relating to Supprelin LA.

Spencer Lindquist is a reporter for Breitbart News. Follow him on Twitter @SpencerLndqst and reach out at slindquist@breitbart.com