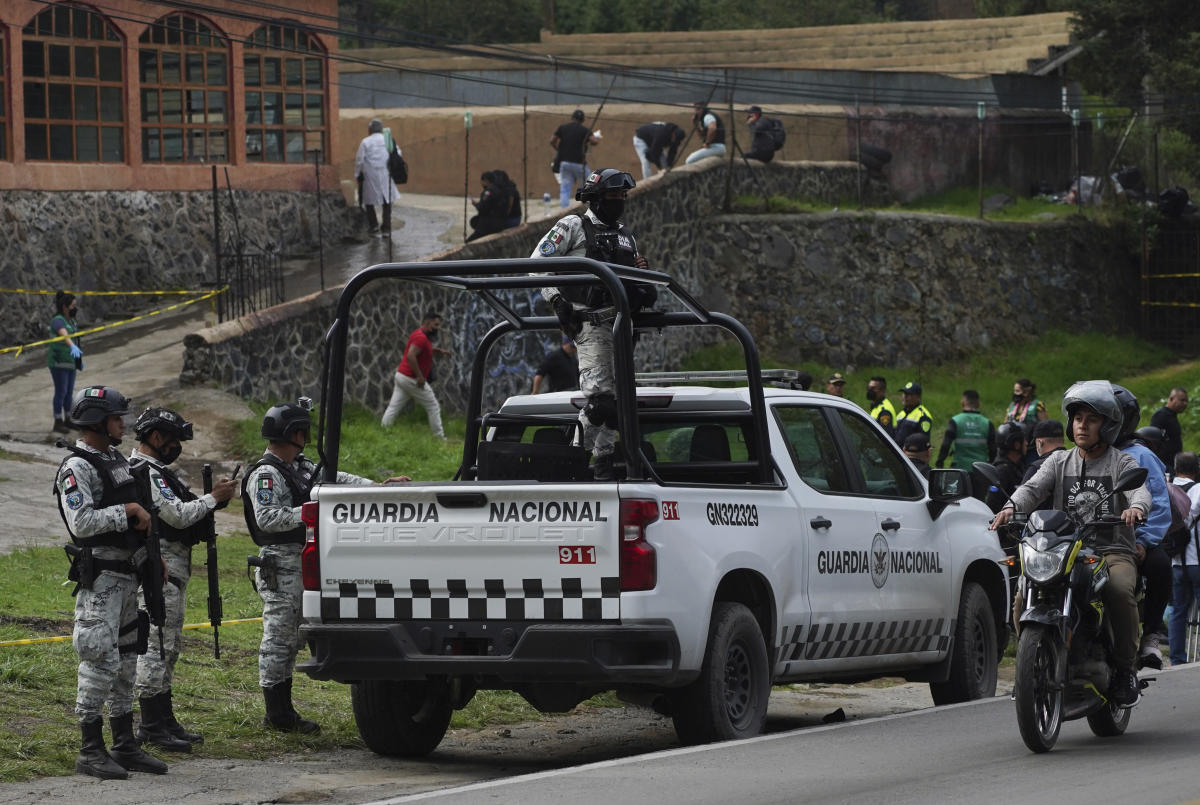 MEXICO CITY (AP) — Mexico City police engaged in a shootout Tuesday with more than a dozen gunmen armed with a .50 caliber sniper rifle, grenades and a machine gun, authorities said.

He said of total of 150 officers, soldiers and three helicopters participated in the operation, which came after local residents reported that armed men were holding kidnapped people captive in the area.

Garcia Harfuch said that 14 suspects had been detained and that officers freed two kidnap victims who were apparently being held against their will. He added that “a considerable amount of drugs” were also found near an abandoned restaurant the gang had apparently been using as a safe house.

The shootout took place in Topilejo, a town on the city’s rural, southern edge. The pine-covered mountains on the city’s southern rim have long been used by kidnap gangs and other criminals for hideouts.

The gunmen opened fire on police as they drove past the safe house on a highway leading to the nearby city of Cuernavaca, the police chief said.

He said that the gunmen apparently worked for the Sinaloa cartel, Mexico’s most economically powerful gang, and that the kidnappigs were not carried out for ransom.

Garcia Harfuch is no stranger to the fact that major drug gangs operate in Mexico City.

In 2020, some two dozen gunmen ambushed García Harfuch’s armored vehicle before dawn on one of the capital’s main boulevards. The brazen attack left him with three bullet wounds and his two bodyguards and a bystander dead.

The police chief blamed the Jalisco New Generation Cartel for the attack.