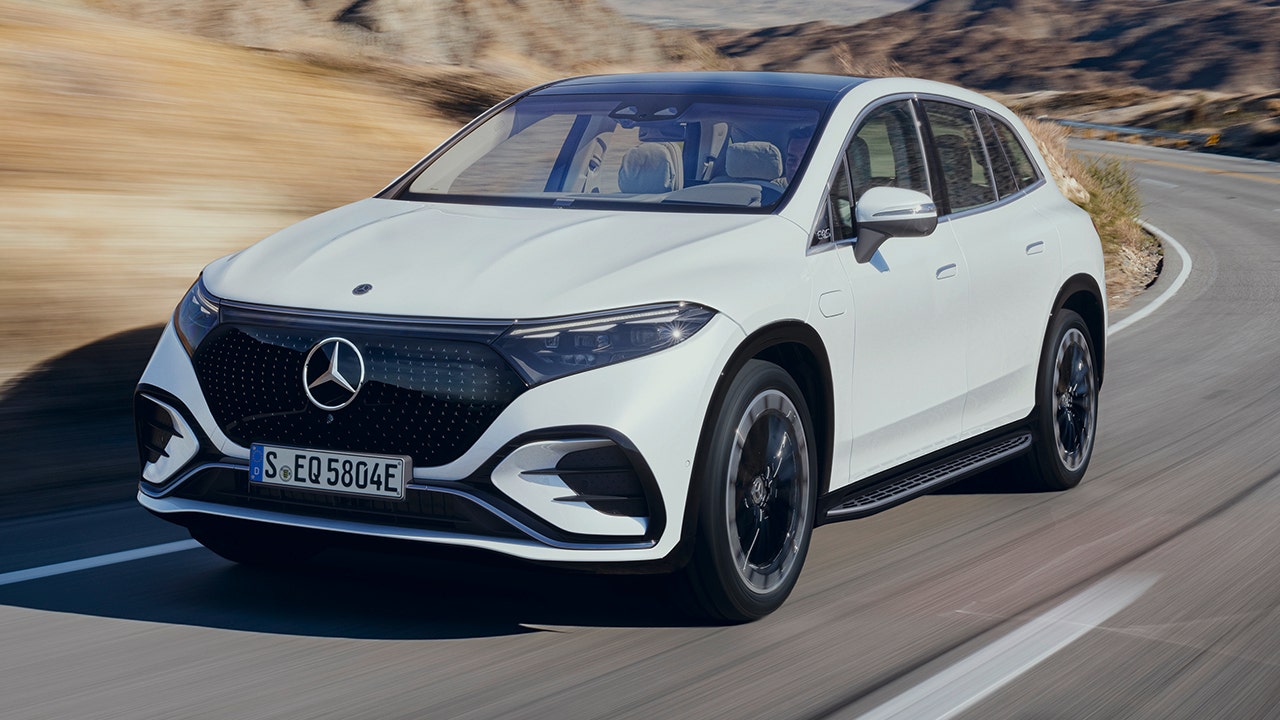 The 2021 Mercedes-Benz S-Class is a flagship model filled with a boatload of luxury and tech, but is missing one thing according to Fox News Autos Editor Gary Gastelu.

The 2023 EQS SUV that goes on sale later this year is the largest electric vehicle in the brand’s lineup.

The large three-row utility vehicle is roughly the same size as the internal combustion engine-powered GLS and will be built alongside it at the Mercedes-Benz factory in Alabama later this year.

The 2023 EQS SUV has three rows of seating an a range of over 300 miles per charge.
(Mercedes-Benz)

The EQS SUV rides on the same platform as the EQS sedan and will be offered in the 355 hp 480 trim with either rear or all-wheel-drive and the 536 hp 580 with all-wheel-drive.

The EQS SUV is equipped with a 107.8 kWh battery that is good for over 373 miles of driving based on the European test cycle, which should translate into more than 300 in U.S. testing.

Its luxe interior features the Hyperscreen from the EQS sedan that incorporates three displays with a combined 56 inches of width under a single pane of glass.

The EQS SUV also gets Mercedes-Benz’s latest four-wheel-steering system, which can turn the rear wheels up to 10 degrees opposite the front wheels to decrease the vehicle’s turning radius to that of a much smaller vehicle’s.

Pricing for the EQS SUV has not been announced, but the EQS sedan starts at $103,360. Production and deliveries of the EQS SUV are scheduled to begin later this year.