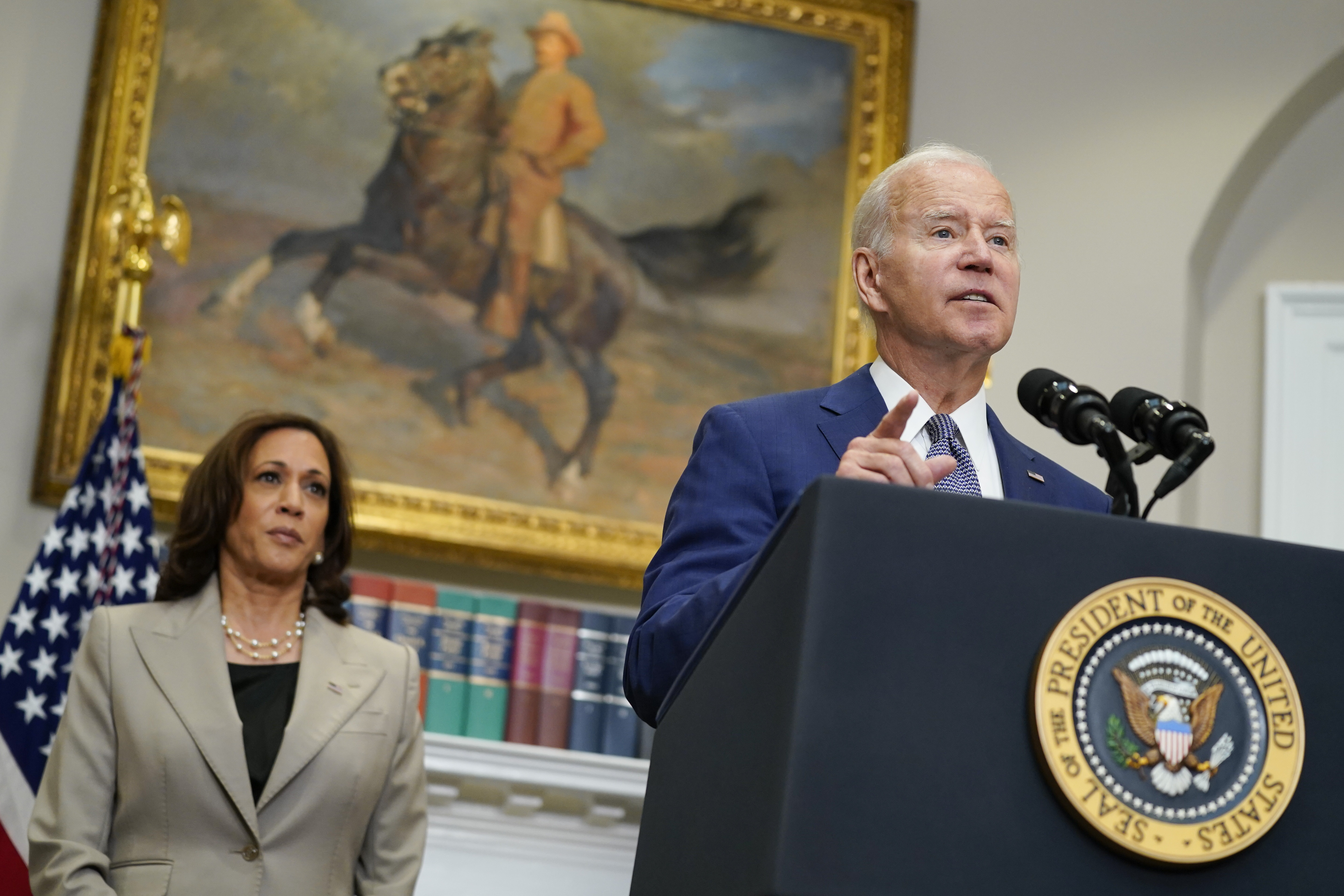 The administration already has rejected ideas pushed by the left — like a health emergency declaration and opening abortion clinics on federal land — over concerns about the legal implications. But the concern over litigation is so significant that the White House has also closely guarded the options under discussion to prevent GOP attorneys general and anti-abortion groups from preparing lawsuits ahead of time, a person with knowledge of the discussions said.

Nearly everything the White House tries or has considered is at risk of drawing a court challenge, administration officials and legal experts said. The end result: More than two weeks after the Supreme Court abolished federal abortion rights, Biden advisers are still trying to determine what in their arsenal has the best shot of survival in a court system that appears stacked against them.

“I know it’s frustrating and it made a lot of people very angry,” Biden said in a Friday speech. “But the truth is, and it’s not just me saying it … when you read the decision, the court has made clear it will not protect the rights of women.”

The administration’s cautious approach has disheartened Democrats who note the White House had months to prepare for this very scenario. It’s also prompted questions in some corners of the party about whether Biden is capable of meeting a crisis moment for reproductive rights and Americans’ broader faith in the courts.

The president vowed to defend people who travel out of state for an abortion and offered support for access to abortion pills. On Friday, he signed an executive order instructing various agencies to explore further health and privacy protections.

Yet Biden has repeatedly downplayed his ability to fix the situation and emphasized that only Congress can restore abortion rights down the road. Both he and his team have steadfastly declined to embrace larger court reform, noting that it lacks substantial support among congressional Democrats.

The absence of a more comprehensive game plan is creating an immediate policy and public messaging vacuum that Democrats say they’re straining to fill.

“We’re struggling,” a senior Senate Democratic aide said. “Democrats have gotten caught up in a debate amongst themselves with too much finger pointing.”

Some frustrated White House aides view the vocal criticism lobbed at Biden as counterproductive, yet they also privately acknowledge the administration should’ve better managed expectations in the run-up to the Supreme Court’s ruling, two people with knowledge of the matter said.

The White House remains largely intent on sticking to its deliberate process — arguing that rushing into major decisions just to ease Democrats’ nerves could end up doing more harm over the long term. Over the weekend, White House communications director Kate Bedingfield dismissed criticism of Biden’s urgency on abortion in a statement to The Washington Post, attributing it to activists “who have been consistently out of step with the mainstream of the Democratic Party.”

The administration rejected the option of opening abortion clinics on federal territory, citing concerns that patients in red states that criminalize abortion could be arrested as soon as they step off federal land. Officials also worried it would violate the Hyde Amendment prohibiting the use of federal funds for abortion, and allow a future Republican administration could retroactively punish doctors working at such clinics.

Despite Biden’s vow to take another look at the option, the administration is also skeptical of declaring a public health emergency over the restrictions on abortion access, an idea advanced ahead of the Supreme Court decision by a group of Black women Democrats in Congress.

The nation’s fund for such emergencies is nearly depleted after more than two years fighting the Covid pandemic, leaving only tens of thousands of dollars left to deploy on abortion nationwide. The move would also invite a legal challenge over the general purpose of public health emergencies.

“It threatens to utterly politicize public health,” said Lawrence Gostin, a Georgetown University law professor who has otherwise advised the White House to be more aggressive in its post-Roe response. “After all public health has been through the last two years with Covid, to put it in the middle of the abortion controversy without any benefit coming from it would be really unfortunate.”

Biden has yet to rule out other significant administration options, such as declaring that Food and Drug Administration regulations approving the use of abortion pills preempt state anti-abortion laws — or that the Hyde Amendment banning the use of federal money for abortion does not extend to funding out-of-state travel for people seeking abortions.

But there’s broad belief that those explicit moves would prompt immediate challenges from red states, and good odds those cases would end up in front of conservative judges thanks to the GOP’s Trump-era push to remake the judiciary.

Even if a policy survived the lower courts, it could still be rejected by the same five conservative Supreme Court justices who overturned Roe and have jumped at nearly any chance to constrain the government’s administrative authority.

“I am not sure that the administration could not do certain things,” said Richard Fallon, a Harvard Law School professor who the White House has consulted. “But I would strongly counsel realism and caution about the Supreme Court’s likely response to new claims of broad executive branch powers to protect abortion rights.”

Against that backdrop, Biden officials have telegraphed deep reluctance to get embroiled in any major court fight, contending it would do little to materially improve the conditions on the ground and risk giving Americans false hope.

“The only way to fulfill and restore that right for women in this country is by voting,” Biden said Friday. “The challenge is, go out and vote.”

The administration’s sporadic announcements also have fed a broader narrative of Biden as indecisive on critical policy matters.

When he does make a big decision, it can appear slapdash; Biden, while traveling overseas, settled so suddenly on endorsing eliminating the filibuster to codify Roe that Vice President Kamala Harris didn’t know he planned to announce it that day, according to a person with knowledge of the matter.

Days earlier, Harris, whose aides the person said had been advocating for more decisive action from the White House, downplayed the filibuster idea in an interview with CNN — a move that fed the initial round of activist anger over the administration’s immediate response.

A White House official stressed that the administration continues to analyze additional ideas under the criteria they can “pass legal muster and that help and do not put at risk those whose rights and health we are trying to protect.”

But even Democrats and legal scholars who sympathize with the administration’s difficult position say Biden will ultimately need to take a big swing on abortion — no matter the odds of success.

“There’s always a possibility this court is going to broadly refashion the law in a way that limits Democratic administrations,” said Leah Litman, a University of Michigan law professor, adding that the White House should test the courts on abortion pill access and the Hyde Amendment. “That doesn’t seem a good enough reason to not do anything.”