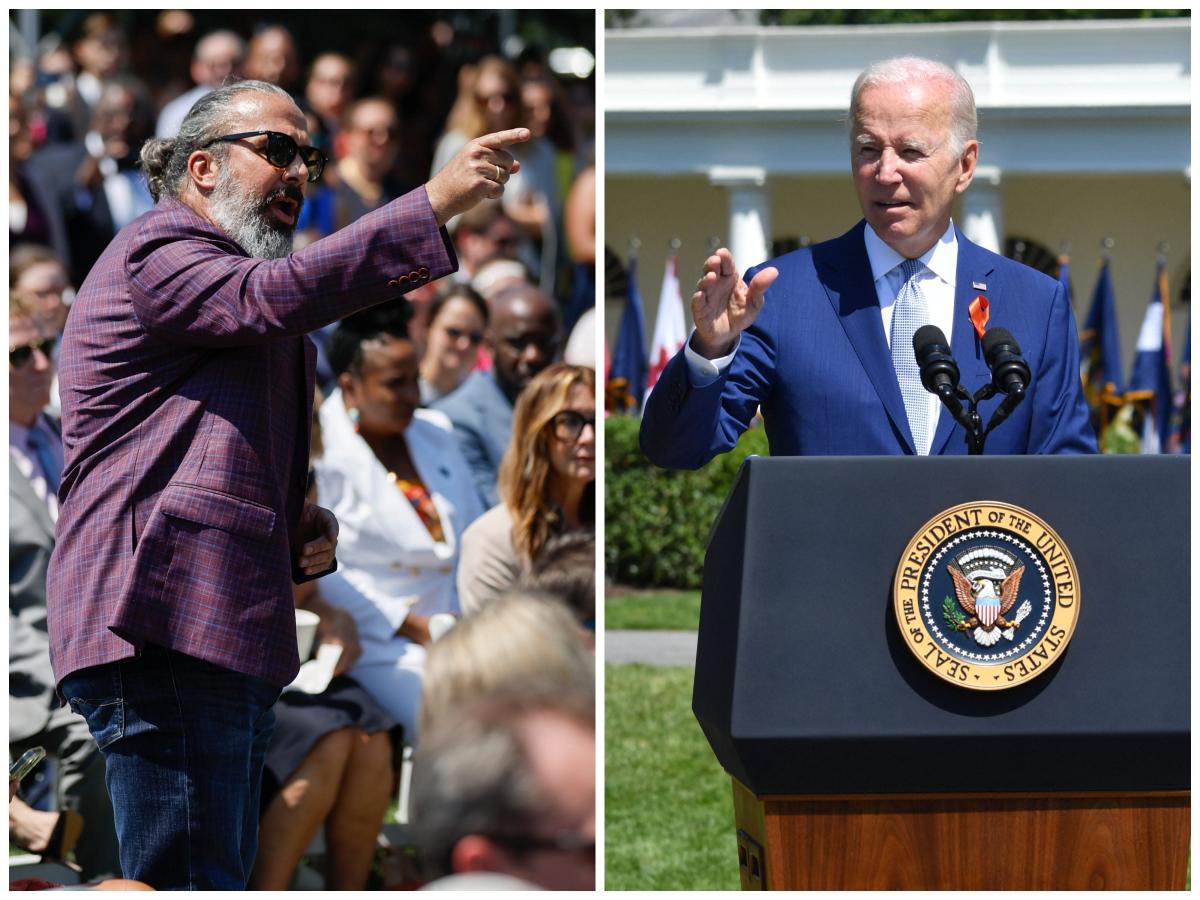 President Joe Biden told a man who lost his son in the 2018 Parkland school shooting to “sit down” as the father heckled Biden during a Monday speech touting a bipartisan gun control law.

“Despite the naysayers, we can make meaningful progress on dealing with gun violence,” Biden said in footage of the speech posted to Twitter by CSPAN.

Manuel Oliver, whose son Joaquin was among the 17 people killed in the Parkland mass shooting, could be heard shouting in the background.

Earlier on Monday, Oliver told CNN that new gun legislation passed in the wake of a recent spate of high-profile mass shootings is “not enough” to address the violence.

A majority of Americans (64%) approve of the new gun law, including 32% who said they strongly approve of the legislation, according to new polling from Pew Research Center. But the survey also found that most Americans (78%) think the bill will do “a little” (42%) or “nothing at all” (36%) to reduce gun violence.

Additionally, the poll found that 63% of Americans would like to see Congress pass another round of legislation to address gun violence.

The bill, which Biden signed in late June, came following high-profile instances of gun violence in the US — including a mass shooting at an elementary school in Uvalde, Texas. Though the bill represents the most significant gun legislation passed by Congress in roughly three decades, critics contend it falls short of what’s necessary to curb gun violence.

“While this bill doesn’t do everything I want, it does include actions I’ve long called for that are going to save lives,” Biden said as he signed the bill last month. “Today, we say more than ‘enough.’ We say more than enough. This time, when it seems impossible to get anything done in Washington, we are doing something consequential.”

Biden echoed these sentiments during his remarks at the White House on Monday, stating that the bill “matters, but it’s not enough.” The president described the US as a country “awash in weapons of war.”

This story is developing. Please check back for updates.