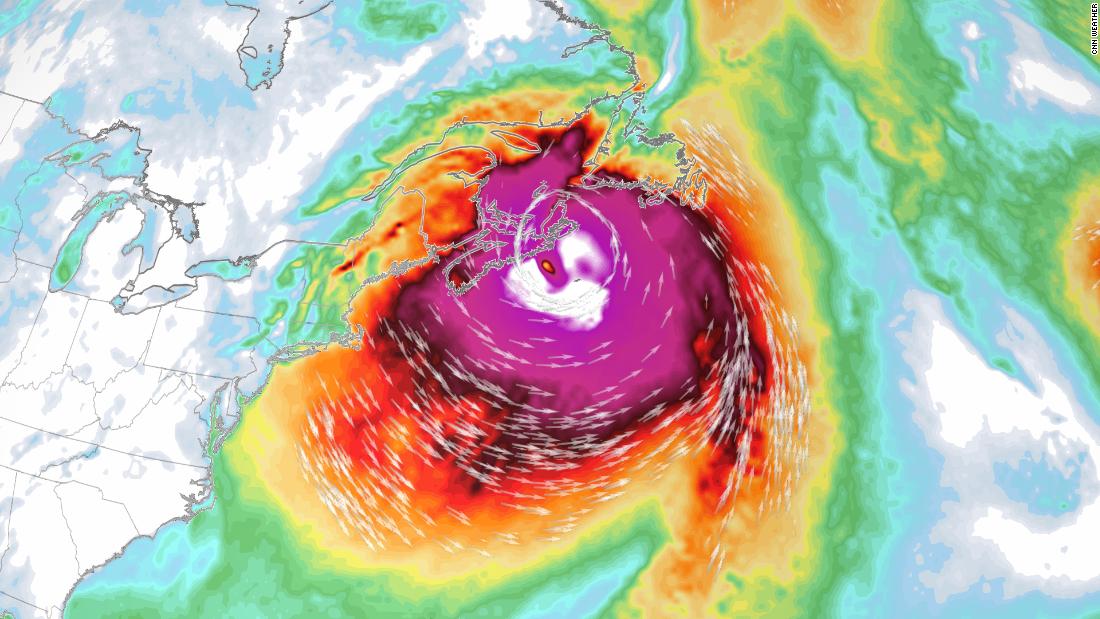 Federal Emergency Management Agency Administrator Deanne Criswell will brief the President in person at FEMA’s Region 2 Office at One World Trade in New York City, the official said, and New York Gov. Kathy Hochul will also be on hand for the briefing. Biden has been in the city this week to attend the United Nations General Assembly and other events.

The meeting comes as Fiona — the first major hurricane of this year’s Atlantic season that’s currently a Category 4 — continues to move north toward Bermuda. It’s projected to eventually move up to Canada.

The hurricane watch for Bermuda has been upgraded to a hurricane warning. And Canadian forecasters are saying Fiona is likely to be Canada’s strongest storm, warning that it could be Canada’s version of Hurricane Sandy, which pummeled the northeastern coast of the United States in 2012.

The storm has killed at least five people across the Caribbean: one in Guadeloupe, two in Puerto Rico and two in the Dominican Republic.

The latest data from the island’s emergency portal system show that, as of Thursday morning, more than a million customers in Puerto Rico still had no power and a third of the island is without water service or with intermittent service.

On Wednesday, Puerto Rico Housing Secretary William Rodriguez said in a video that more than 800 people are currently in shelters with about 40 shelters spread across the island.

The President approved a major disaster declaration for the island on Wednesday, directing federal aid for local recovery efforts in areas affected by Hurricane Fiona.

The move allows residents to access grants for temporary housing and home repairs as well as low-interest loans to cover uninsured property losses.

Pierluisi joined Criswell to survey storm damage on an aerial tour of Puerto Rico on Wednesday. The governor had said ahead of the tour on Wednesday that he expected to speak with the President this week.

Forecast models also show a developing storm system poised to be named Hermine could pose a threat to the Gulf Coast by next week.

CNN’s Melissa Alonso and Aya Elamroussi contributed to this report.