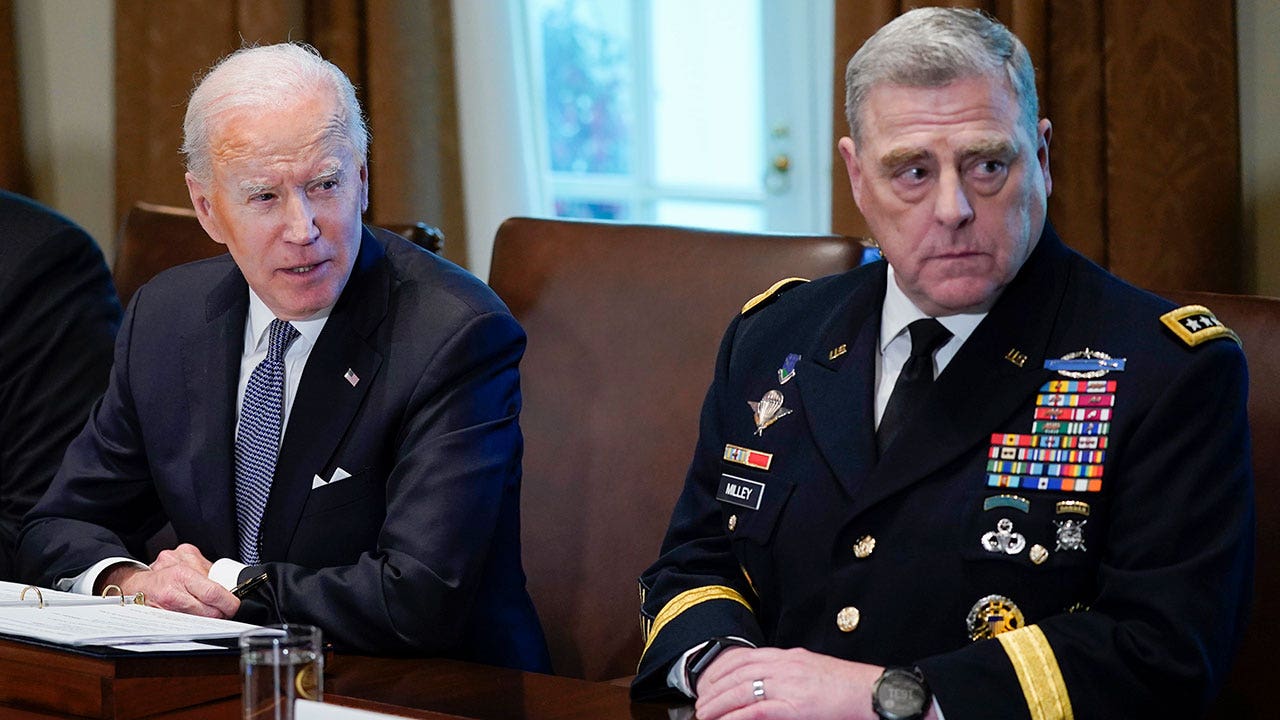 President Joe Biden is set to announce plans to send additional military aid to help Ukraine fight back against the Russian invasion, according to a U.S. official.

The official, who was not authorized to comment publicly and spoke on the condition of anonymity, said Biden will deliver a Thursday morning address at the White House detailing his plans to build on the roughly $2.6 billion in military assistance the administration has already approved for Ukraine.

The new package is expected to be similar in size to the $800 million package Biden announced last week. It includes much needed heavy artillery and ammunition for Ukrainian forces in the escalating battle for the Donbas region of eastern Ukraine.

A senior U.S. defense official on Wednesday said training of Ukrainian personnel on American 155mm howitzers has begun in a European country outside Ukraine.

Biden on Wednesday lauded U.S. military officials for “exceptional” work arming Ukraine as he gathered the nation’s military brass for their first in-person group meeting at the White House of his presidency.

President Joe Biden and Chairman of the Joint Chiefs of Staff Gen. Mark Milley listen during a meeting with military leaders in the Cabinet Room the White House, Wednesday, April 20, 2022, in Washington.
(AP Photo/Evan Vucci)

It’s an annual tradition that had been put on hold because of the coronavirus pandemic but is now being resurrected as the U.S. arms Ukraine to help it fight back against Russia’s invasion.

“I don’t know about you, but I’ve been to Ukraine a number of times before the war … and I knew they were tough and proud but I tell you what: They’re tougher and more proud than I thought,” Biden told military commanders. “I’m amazed at what they’re doing with your help.”

Biden brought together the Pentagon’s top civilian and uniformed officials amid the most serious fighting in Europe since World War II. Russia’s nearly two-month-old invasion of Ukraine was at the center of wide-ranging talks with Defense Secretary Lloyd Austin, Deputy Defense Secretary Kathleen Hicks, the Joint Chiefs of Staff, and combatant commanders.

Biden also used the gathering to reflect on his administration’s efforts to diversify Pentagon leadership. Hicks is the first Senate-confirmed woman to hold her role. Biden also chose Gen. Jacqueline Van Ovost of the Air Force as commander of United States Transportation Command and Lt. Gen. Laura Richardson of the Army as commander of United States Southern Command. They are just the second and third women to lead combatant commands.

“It’s an important milestone,” Biden said. “I think that speaks to how we’re harnessing the strength and diversity of our country.”

Following the meeting, Biden and first lady Jill Biden hosted the military leaders and their spouses for dinner in the White House Blue Room.

Such a gathering was last held in October 2019. Donald Trump was president at the time and was facing a House inquiry that would lead to his first impeachment, which centered on allegations that he withheld military assistance from Ukraine as part of an effort to pressure Zelenskyy to dig up dirt on Biden’s adult son’s business dealings in Ukraine.