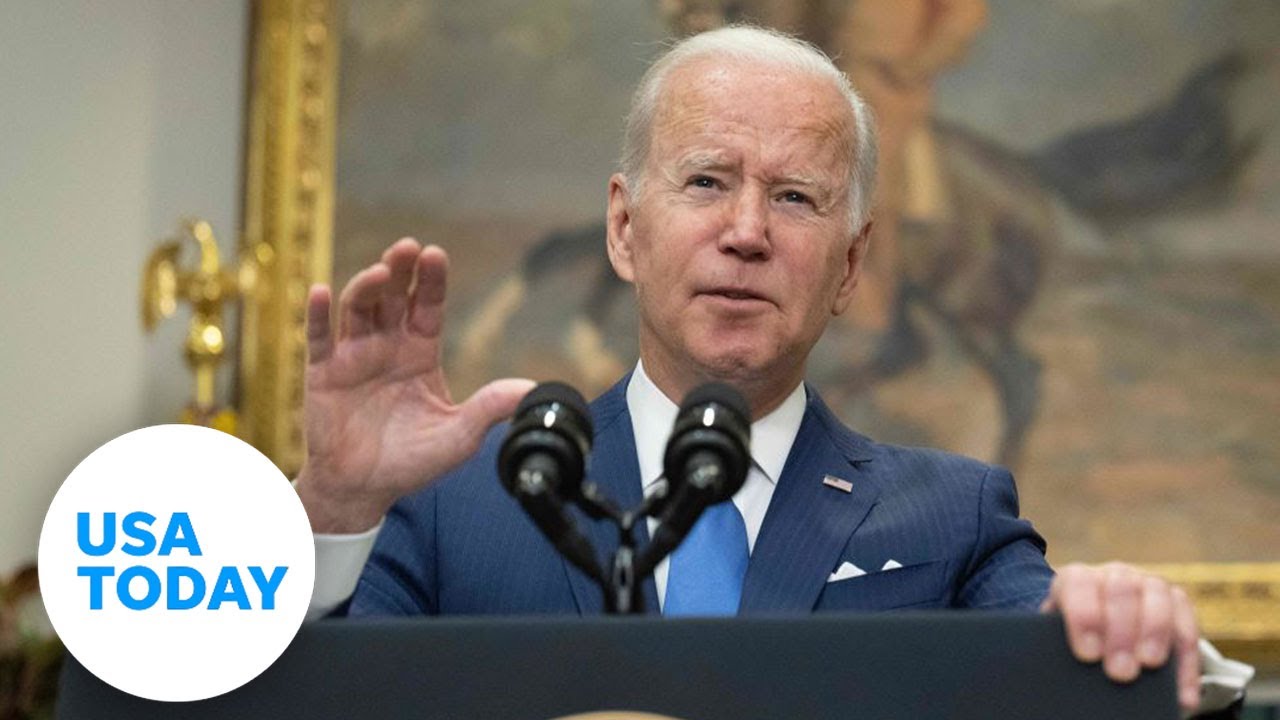 “The cost of this fight is not cheap, but caving to aggression is going to be more costly if we let it happen,” Biden said in remarks from the White House. “We either back the Ukrainian people as they defend their country, or we stand by as the Russians continue their atrocities and aggressions in Ukraine.”

The request includes $20.4 billion in additional security and military assistance for Ukraine and for U.S. efforts to strengthen European security in cooperation with NATO allies and other partners in the region. The resources would be used to put equipment into the hands of Ukraine’s military and police and help NATO defend against Russia in the long run.

“We are not attacking Russia,” Biden said. “We are helping Ukraine defend itself against Russian aggression.”

Another $8.5 billion would provide economic assistance to help the Ukrainian government respond to the crisis caused by Russia’s invasion and to continue to provide basic services to its citizens, such as food, energy and health care. Some funding targets Russian disinformation, supporting agrobusinesses during the fall harvest and purchasing natural gas by the Ukrainian state energy company.

Some $3 billion in humanitarian assistance would be used to address food security needs around the globe, provide wheat and other commodities to people in need and provide aid to people displaced by or otherwise impacted by the war.

An additional $500 million in domestic food production assistance would support the production of U.S. crops, such as wheat and soybeans, that are experiencing a global shortage because of the war in Ukraine.

“I hope Congress moves quickly on this funding,” Biden said. “I think they will.”

►Poland’s border guard agency says that it has recorded 3 million crossings from neighboring Ukraine since the Russian invasion on Feb. 24, including some involving people who crossed multiple times. About 1.6 million refugees have received ID numbers allowing them to work and receive free health care and education in Poland.

“Do we have the right understanding here? After all, it directly leads to deaths and bloodshed on Ukrainian territory. As far as I understand, Britain is one of those countries,” Zakharova said in her Telegram channel.

The Biden administration announced Thursday that it will seek authority to streamline the process for seizure of sanctioned Russian assets, and have the proceeds of the assets be used to help Ukraine in its war with Russia. The White House said it will send the proposal to Congress alongside a supplemental request to Congress to support Ukraine.

According to a fact sheet from the White House, the administration the new streamlined process would involve the Departments of the Treasury and Justice to forfeit property in the United States that is owned by Russian oligarchs that the U.S. has sanctioned.

The United States and allies across the world have sanctioned 21 members of the Russian Security Council and other Putin associates have been sanctioned, along with the 140 oligarchs and Kremlin officials.

The White House is also asking for authority to use forfeited oligarch funds to “remediate harms caused to Ukraine by Russian aggression.”

May 9 is Victory Day:Putin uses cherished WWII Victory Day to glorify Russia and himself. Now he may use it against Ukraine.

U.N. Secretary-General António Guterres visited Kyiv and other Ukraine cities Thursday, condemning the atrocities in places such as Mariupol and Bucha. He pledged to continue efforts to expand humanitarian support and secure the evacuation of civilians from bombarded cities. Earlier this week Guterres met with Russian President Vladimir Putin in Moscow and said Putin had agreed “in principal” to allowing evacuation of residents from conflict zones.

“The sooner this war ends, the better – for the sake of Ukraine, Russia, and the world,” he tweeted.

About 100,000 residents remaining in Mariupol face “mortal danger” because of the shelling, as well as intolerable and unsanitary living conditions, the City Council warns. Threats include cholera, dysentery and E-coli, the council said in a statement. Mayor Vadym Boychenko said the city lacks water and sewer due to unrelenting Russian airstrikes. And he fears the warming weather will speed decomposition of thousands of corpses under the rubble, fueling powerful and deadly epidemics.

“The occupiers are unable to provide the existing population with food, water and medicine – or they are simply not interested in it,” he said. “They are blocking all evacuation attempts. Without it, people will die. An immediate and complete evacuation is needed.”

Children of oligarchs:Who are the Russian oligarchs’ ‘Kremlin kids’? Children of elite face sanctions over Ukraine.

US claims Russia is executing Ukraine troops who try to surrender

The U.S. has reliable information that Russian military forces executed Ukrainians who were trying to surrender near Donetsk, U.S. officials say. The U.S. has credible reports and photos of individuals killed “execution-style” with their hands bound, including bodies showing signs of torture and accounts of sexual violence against women and girls, according to Ambassador-at-Large for Global Criminal Justice Beth Van Schaack,

“These images and reports suggest that atrocities are not the result of rogue units or individuals; they, rather, reveal a deeply disturbing pattern of systematic abuse across all areas where Russia’s forces are engaged,” she said at a United Nations meeting Wednesday.

Investigators and volunteers have also recorded what U.S. officials have described as a “troubling campaign” of brutality against civilians in towns near Kyiv after Russian forces withdrew from the area.

American returns home after swap with Russia despite high tensions

A prisoner swap that took place despite unprecedented tensions between Russia and the U.S. came full circle early Thursday. Trevor Reed’s mother shared the news on Twitter that her son had returned to U.S. soil while also advocating for Paul Whelan, another American held in Russia.

“Trevor is back in the USA,” Paula tweeted early Thursday. “It’s been a day of joy for us, but not for #PaulWhelan and his family. I know this is a hard day for them. Pls keep them (and the MANY others) in your prayers.)”

The 30-year-old Marine veteran had spent nearly three years in a Russian prison after being accused of assaulting a Russian police officer following a night of drinking. He was sentenced to nine years. The Biden administration freed Konstantin Yaroshenko, a Russian pilot serving a 20-year sentence for conspiracy to smuggle cocaine into the U.S.

Russia has been unable to replace the sunken cruiser Moskva with another ship because the Bosporus Strait remains closed to all non-Turkish warships, the British Defense Ministry says in it latest assessment of the war. The strait, connecting the Sea of Marmara with the Black Sea, was closed by the Turkish government days after Russia invaded Ukraine two months ago. The strait connects the Black Sea to the Sea of Marmara.

About 20 Russian Navy vessels are currently in the Black Sea operational zone, including submarines, the assessment says.

At a time when Russia’s wielding its energy industry like a hammer (and sickle), a new report illustrates how powerful that weapon is. A study published Wednesday by the Centre for Research on Energy and Clean Air calculates that Russia earned $66.5 billion from fossil fuel exports since its troops invaded Ukraine on Feb. 24, with Germany as the biggest buyer.

Using data on ship movements, real-time tracking of gas flows through pipelines and estimates based on historical monthly trade, the researchers figured Germany paid Russia about 9.1 billion euros ($9.65 billion) for fossil fuel deliveries in the first two months of the war.