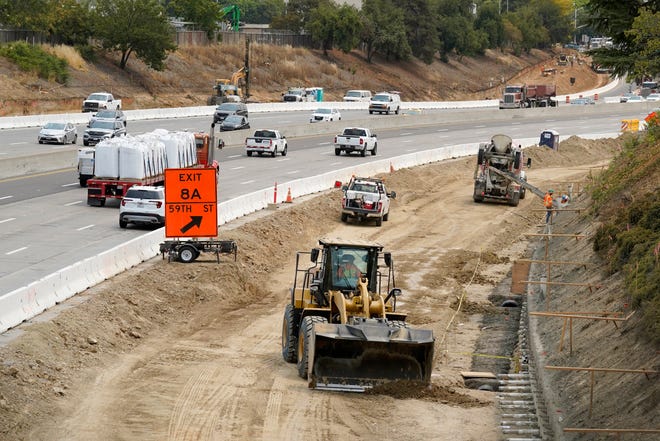 The Biden administration moved Tuesday to restore key policies to a major federal law that requires government agencies to evaluate the environmental impacts of their actions.

The provisions had been stripped from the National Environmental Policy Act in 2021 by President Donald Trump. Biden’s move is the latest in a contentious back-and-forth over rules signed into law by President Richard Nixon and enacted in 1970.

Supporters argue the law is essential to protect the environment and communities by requiring federal agencies to consider all environmental impacts of their actions, including on climate change and work with communities on considering alternatives.

“Restoring these basic community safeguards will provide regulatory certainty, reduce conflict, and help ensure that projects get built right the first time,” Brenda Mallory, chair of the White House Council on Environmental Quality, said in a statement. “Patching these holes in the environmental review process will help projects get built faster, be more resilient, and provide greater benefits to people who live nearby.”

Brett Hartl, government affairs director at the Center for Biological Diversity, called Tuesday’s measures a “critical first step toward restoring common sense environmental safeguards,” but added that the administration has “a long way to go” and little time to address environmental crises.

“The Biden administration must ensure that every federal decision addresses systemic environmental injustice, climate chaos and the extinction crisis,” Hartl said. “These key protections must be quickly put back in place and then strengthened.”

Meanwhile, critics of the law have long held that it slows down progress and drives up costs for essential infrastructure projects. Within the energy sector, for example, the act is often used by opponents of natural gas and oil pipelines to contest plans in court.

Representatives from that industry decried Tuesday’s actions as adding to that burden. Frank Macchiarola, a senior vice president of the American Petroleum Institute, an industry group, said in a statement that new measures “add more bureaucratic red tape” to energy infrastructure projects, including for wind and solar, at a time when energy costs are rising in the U.S. and Europe.

“Once again, the administration’s policy actions aren’t matching their rhetoric regarding the need for more American energy production,” Macchiarola said. “We urge the administration to change course and establish a timely and efficient permitting process that supports the energy security needs of the U.S. and our allies overseas.”