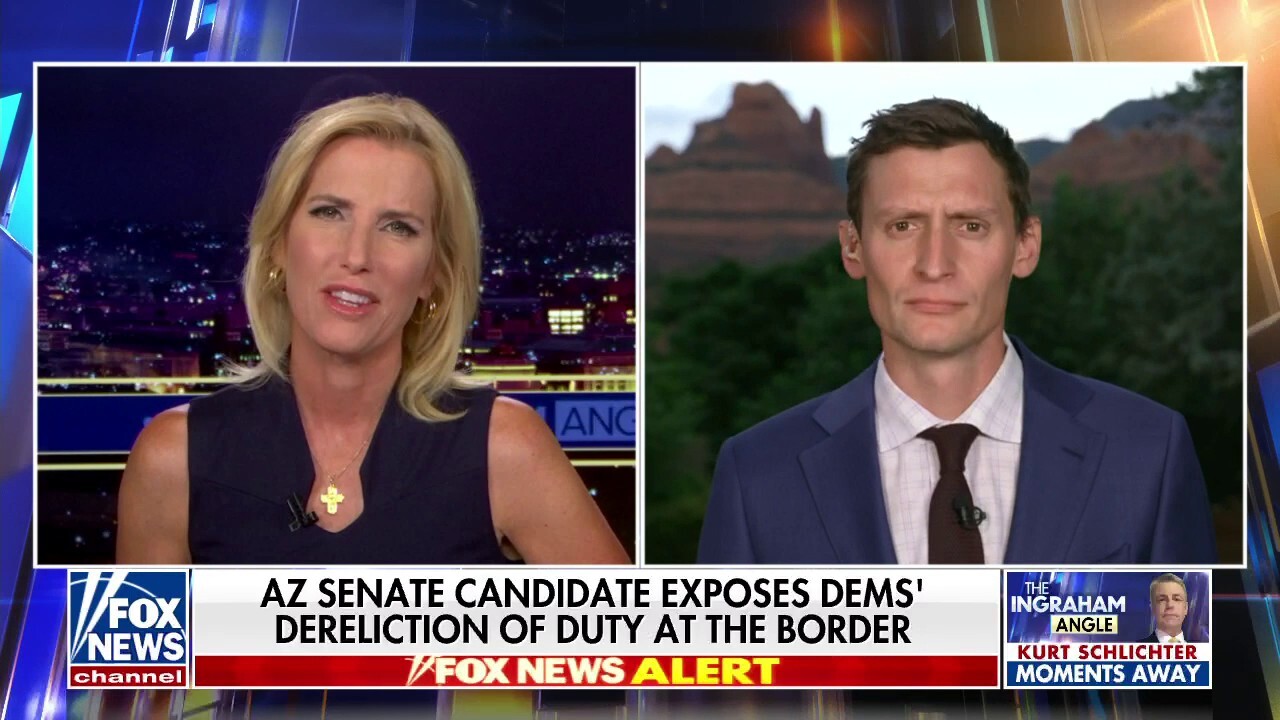 BLAKE MASTERS: Two-hundred, twenty-five thousand illegals cross our southern border every month. That’s not every year. That’s every month, and those are just the ones we know about. You add the getaways, the real number’s probably 300,000. Over 12 months, that’s 3.6 million illegals and over four years of Biden-Harris, that’s 14 million illegal aliens. So this is an invasion, and it’s not just the people.

What about the drugs? The poison, the fentanyl? Enough fentanyl crosses our southern border every month to kill every American twice over. And then it’s the crime. The border is completely lawless. You’ve got kidnapping, human smuggling, countless rapes, murders and death. And this crime, it doesn’t stay at the border. It migrates north. Take a moment to be astonished that the murder rate in my hometown of Tucson is up 87%. That’s just since 2019. I think in Phoenix, it’s up 50%. This is outrageous. The human misery that Joe Biden has caused on both sides of the border, frankly — it’s staggering. It’s almost indescribable.