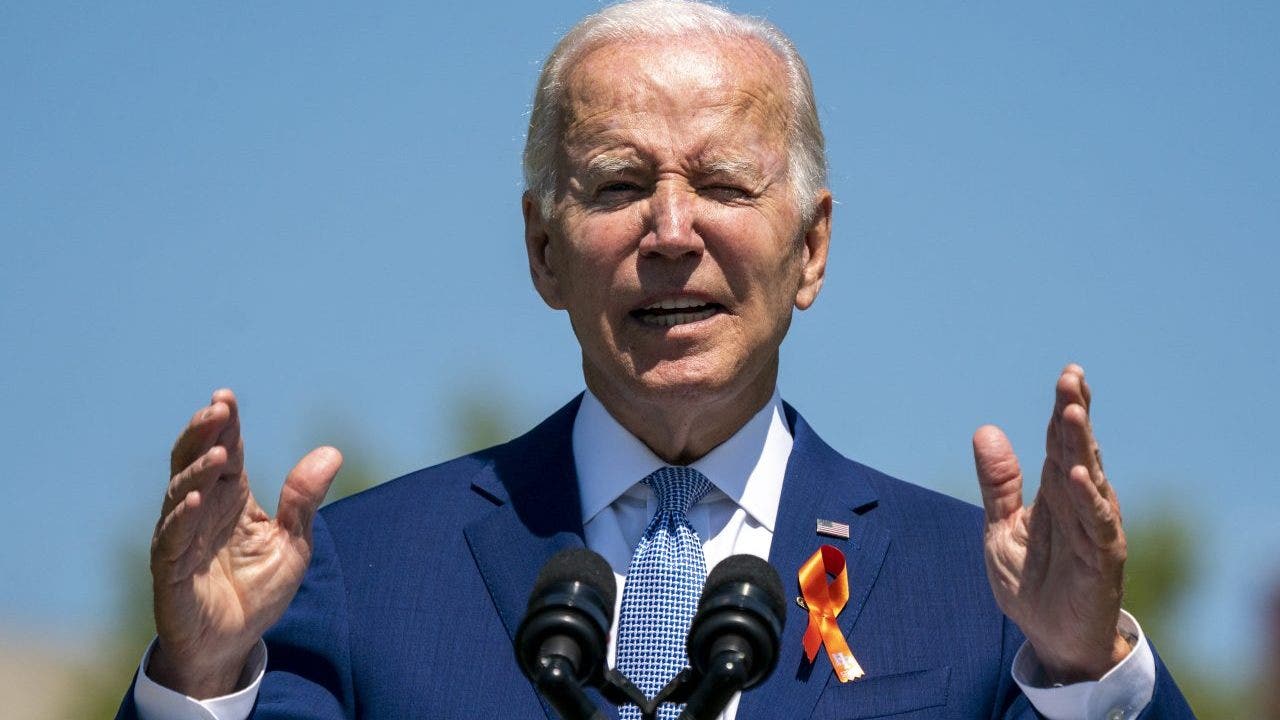 President Biden mistakenly said the mass school shooting in Parkland, Florida, happened more than a century ago during a speech Monday celebrating the passage of a bipartisan gun bill.

The Parkland shooting actually occurred on Valentine’s Day, Feb. 14, in 2018.

Less than a month after the Parkland shooting, Florida Republicans passed sweeping gun control legislation that established a red flag law, among other measures.

Biden made the 1918 gaffe just moments after Manuel Oliver, the father of a child who died in the Parkland shooting, angrily interrupted the speech.

US President Joe Biden speaks during an event commemorating the passage of the Bipartisan Safer Communities Act on the South Lawn of the White House in Washington, D.C., US, on Monday, July 11, 2022.
(Photographer: Shawn Thew/EPA/Bloomberg via Getty Images)

“Sit down, you’ll hear what I have to say,” Biden told Oliver, adding “let me finish my comment” as the father continued to speak.

Video showed Oliver eventually being escorted out of the event, which was held in the South Lawn of the White House.

Manuel Oliver, the father of a child who died during the Parkland, Fla., school shooting, is escorted out of an event on the White House South Lawn after interrupting President Biden’s remarks on gun control.
((Mark Meredith/Fox News))

Dozens of members of Congress also attended the event, including Sen. John Cornyn, R-Texas, who led negotiations on behalf of Republicans for the Safer Communities Act. Cornyn managed to get 14 total Senate Republicans to vote for the bill, clearing the chamber’s filibuster threshold.

The bill would provide funding for states to create red flag laws that could keep weapons away from people who are a danger to themselves or others. It would also enhance background checks for gun buyers under 21, add penalties for some gun criminals and provide funding for a variety of health and mental health-related programs.

It also addresses closing the so-called “boyfriend loophole,” which is a gap in federal law that means spousal domestic abusers can have gun rights taken away but not unmarried ones.