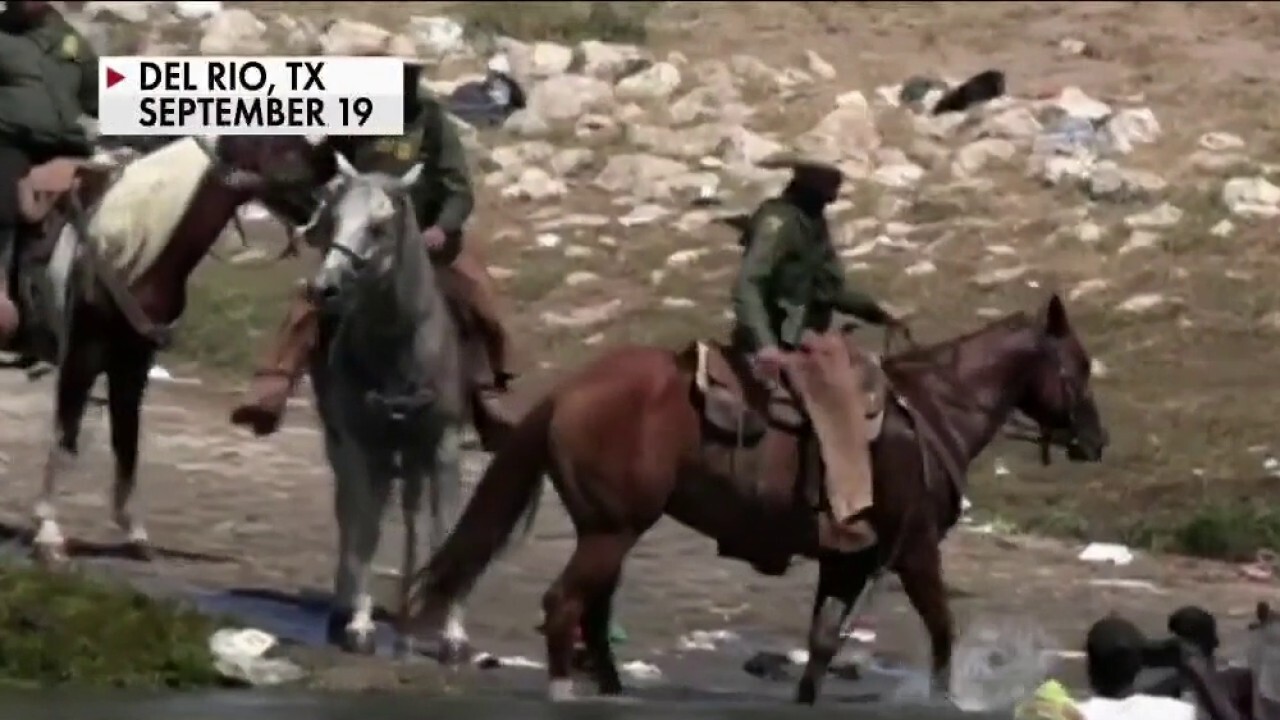 President Biden slandered his own Border Patrol agents last year when he said they were “nearly running [illegal migrants] over and people being strapped,” [i.e. whipped] from horseback and promised that “those people will pay There will be an investigation, underway now, and there will be consequences.”

Now, those agents have been cleared of wrongdoing by a federal criminal investigation but the administration refuses to release it.

He prejudicially defamed – and threatened – them. He should issue that mea culpa from the same White House podium where he maligned them, expressing his remorse and regret for the harm he caused.

So too should Vice President Kamala Harris, Department of Homeland Security Secretary Mayorkas, and half the MSNBC line-up who echoed the claims that the agents “whipped” Haitian migrants and it evoked images slavery.

But White House Press Secretary Jen Psaki said Monday that Biden [and likely his senior officials, and a host of progressive elected leaders] will never say they are sorry to these agents or the police for that matter. In their minds, the cops are always wrong in these high-profile incidents and join the media chorus baying for blood and badges.

In April 2021, 5 months before the Border Patrol incident, White House Press Secretary Jen Psaki said Biden “believes the bar for convicting officers is too high. It needs to be changed.”

Except police officers are fully legally responsible for any and all criminal acts they commit and can and do go to jail for crimes committed on duty or off. In fact, a federal civil rights statute targets law enforcement misconduct specifically for “deprivation of right under the color of law.”

The Biden administration’s push for “qualified immunity” reform – whereby police are not held liable in limited circumstances for on-duty and legally prescribed actions – applies only to civil claims. But the White House and others hostile to law enforcement are not to be bothered by the law or the truth when it comes to policing.

That’s why its so curious that in the same breath officials slander cops, they call for “investigations” yet never accept their results or own up to being wrong when the officers involved are vindicated.

In other high-profile cases, then-President Obama admitted he had not “seen all the facts” in the 2009 incident in Cambridge, Massachusetts when an office engaged Harvard Professor Henry Louis Gates at a break-in call. Obama still concluded the police “acted stupidly” and implied racism laid under the encounter with the black professor, who Obama admitted was a friend.

Multiple independent investigations cleared that officer and was justified “from a legal standpoint” and, at worse, faulted both sides for “miscommunication.”

Then in 2014, in Ferguson, Missouri, Officer Darren Wilson shot a violent and threatening Michael Brown. Obama again implied the nefarious specter of racism loomed, but promised an investigation was forthcoming. It came and Wilson was cleared over and over again – first by the Department of Justice in 2015 and a grand jury. Then he was cleared again in 2020 when a new prosecutor who campaigned on trying Wilson concluded “an independent and in-depth review of the evidence” did not prove the officer guilt of murder or manslaughter.

Incredulously, two weeks after that vindication, then-candidate Biden tweeted that “Michael Brown’s life was taken …we must continue to work of tackling systemic racism and reforming policing.” And both Vice President Harris and Senator Elizabeth Warren continued to falsely claim Brown was “murdered. – five years after the cop was cleared.”

Elsewhere, progressive prosecutors are re-opening cases on cleared police shootings from coast to coast, pledging to charge and convict officers of wrongdoing. Their cases keep falling apart under scrutiny from courts and third-party investigators, but they never apologize either no matter how many careers, lives, and families are destroyed in the process.

For Biden, et al, cops are presumed guilty even when they aren’t – no evidence can ever disprove that feeling. The truth is irrelevant when it comes to cops.

Justice may be blind, but those pre-judge police are always mute when it comes time to admit they were wrong.