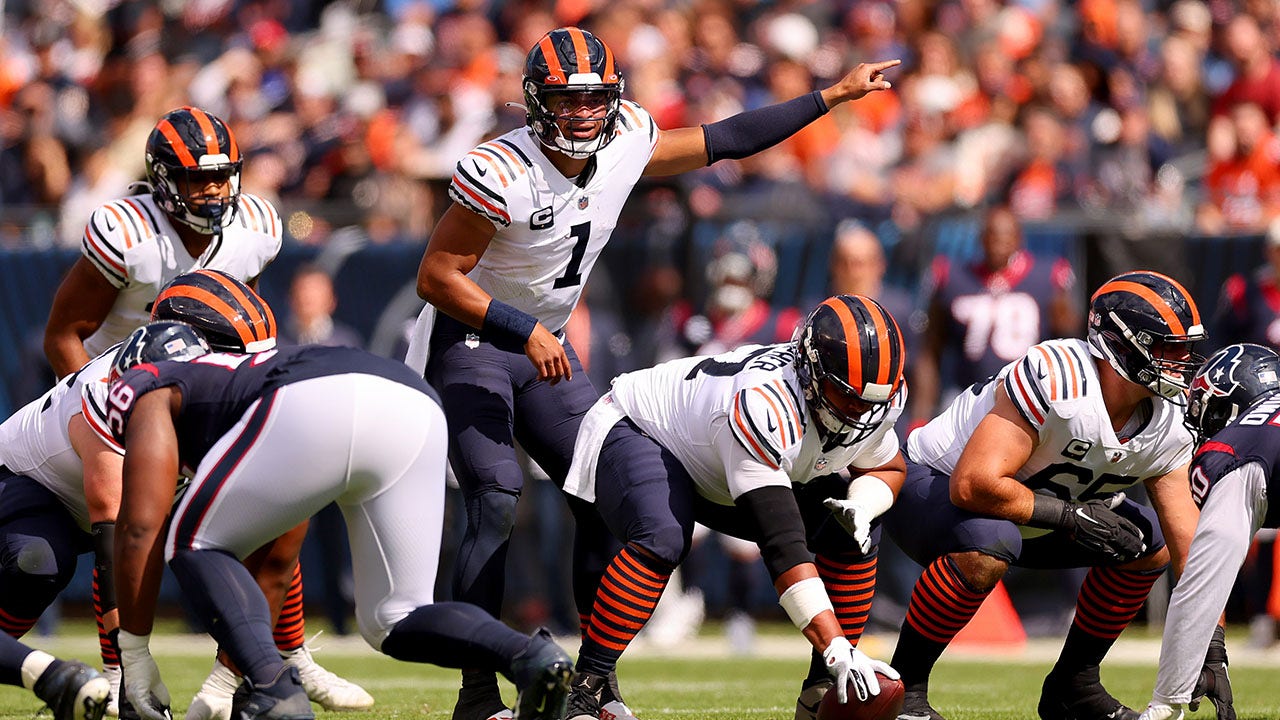 The Chicago Bears improved to 2-1 on Sunday with a 23-20 win over the Houston Texans, but second-year quarterback Justin Fields is apparently not taking any credit for it.

“Straight up, I just played — I don’t want to say the A-word, but I played like trash,” Fields told reporters during his postgame press conference. “I played terrible and really just got to be better.”

Chicago Bears safety Eddie Jackson (4) celebrates with teammates after intercepting a pass in the end zone during the first half against the Houston Texans on Sept. 25, 2022, in Chicago.
(AP Photo/Nam Y. Huh)

Fields became the first quarterback since 2000 to have the fewest completions to start the first three games of a season with his abysmal performance on Sunday, according to ESPN Stats and Information.

Jalen Pitre of the Houston Texans sacks Justin Fields of the Chicago Bears in the fourth quarter at Soldier Field in Chicago on Sept. 25, 2022.
(Quinn Harris/Getty Images)

“I’m going to go see the film tonight. I played terrible,” he said. “See what I could have done better and get better.”

Fields said he was most upset with the interceptions.

Both picks were made by Texans safety Jalen Pitre in the middle of the field. Fields badly missed while trying to find tight end Cole Kmet on the first one in the first quarter. The second was intended for Darnell Mooney on the first play of the fourth.

Justin Fields of the Chicago Bears directs the offense against the Houston Texans during the first quarter at Soldier Field in Chicago on Sept. 25, 2022.
(Michael Reaves/Getty Images)

“I think the only positive you can take from me is that we got the win, so I’m just going to continue to get better,” Fields said.

Paulina Dedaj is a Digital Reporter for Fox News and Fox Business. Follow Paulina Dedaj on Twitter at @PaulinaDedaj. If you’ve got a tip, you can email Paulina at Paulina.Dedaj@fox.com