Banchero’s Summer League is over; Jefferson grabs a whistle 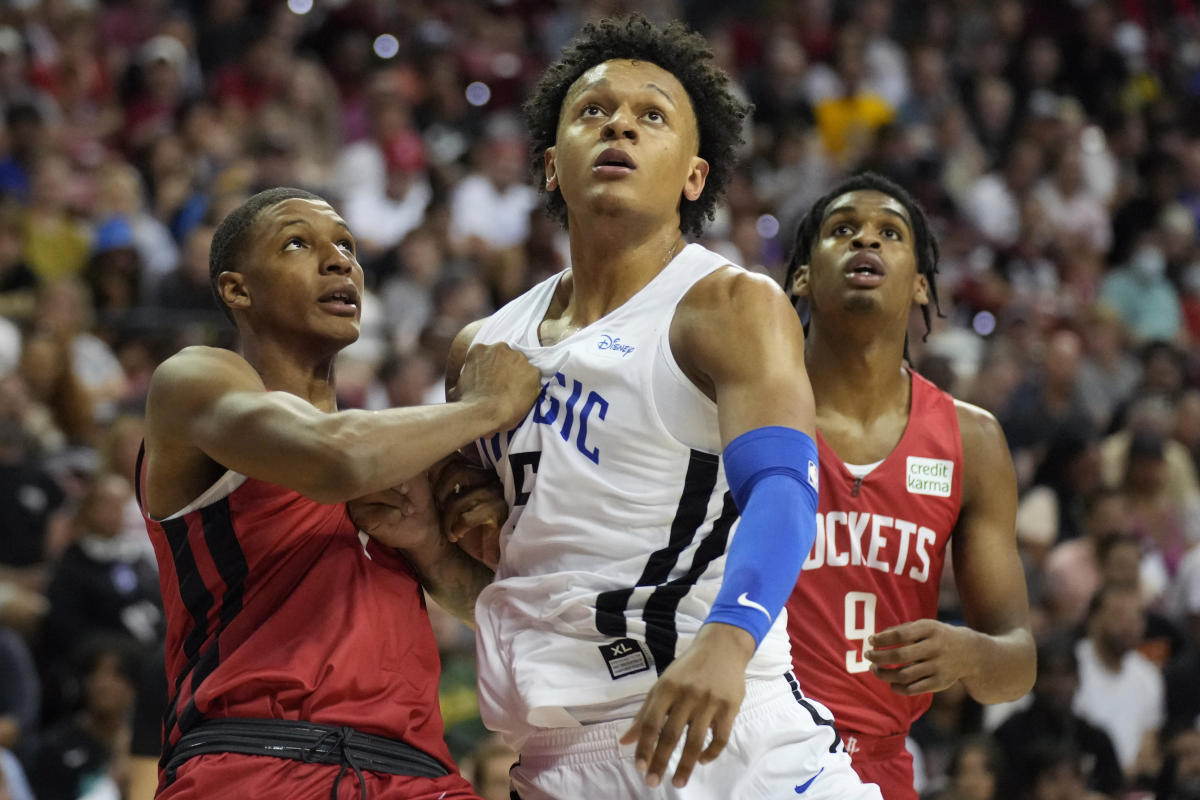 And the Magic decided that was enough.

The No. 1 pick is getting the rest of summer league off, after averaging 20 points, six assists and five rebounds in his two games in Las Vegas. The Magic made the decision so they could evaluate other players who are with them this summer and see who may merit a roster spot or G League opportunity.

The Magic are also expected to give Admiral Schofield and R.J. Hampton the remainder of summer league off, which opens up even more minutes for players to get opportunities in Las Vegas.

Mosley said Banchero got all he needed out of the summer experience.

“His understanding of what he needs to do in certain situations, the concepts that we’re preaching offensively and defensively, he’s grasping on to those,” Mosley said. “Watching film together, he’s observing those things. He explains to me the things that he sees on the floor. It’s only two games, but you’re watching those film sessions and you realize how he’s registering all of it. So that’s how you can make the judgment that it’s time let these other guys get those moments.”

Richard Jefferson was called for 2,637 fouls in his playing career, along with 45 technicals. He fouled out of 14 games. He even got ejected twice.

He always suspected referees didn’t have an easy job.

Jefferson, who played 17 seasons in the NBA and now works as an analyst for ESPN, was making his officiating debut at Summer League on Monday night. The NBA said he would work the second quarter of a game between New York and Portland.

“I didn’t want to do this,” Jefferson said. “The NBA asked if would I be interested. I have such a tremendous amount of respect for the referees, how important they are to the game and I’ve always treated every single one of them as such. I just respect them because I know their importance to our game and to the integrity to our game.”

This is not some honorary assignment. The NBA put Jefferson to work to get him ready.

He’s gone through hours of instruction for this 10-minute gig, studying video with other referees and NBA executives. He’s been learning the terminology that referees use, along with the responsibilities that come with working each of the three positions on the officiating crew.

Jefferson said he’s certain the experience will make him a better analyst.

The NBA’s Board of Governors will meet on Tuesday, with the expectation that they will finalize a change to the way transition take fouls are officiated. NBA Commissioner Adam Silver said last month a change to the rule was coming, and for summer league games the penalty for such a foul has been one free throw —

Also on Tuesday’s agenda: keeping the play-in tournament, which has generally been considered a success.

San Antonio guard Josh Primo has entered the NBA’s health and safety protocols and was ruled out of the Spurs’ Monday game against Houston.

Primo will likely miss the remainder of summer league.

Without any playoffs in summer league, there will almost certainly be tiebreakers necessary to determine which two teams make it to Sunday’s championship game in Las Vegas.

All 30 teams will have played four games by Friday, then everyone gets a fifth and final game on Saturday and Sunday. But there is no tournament, other than the championship game.