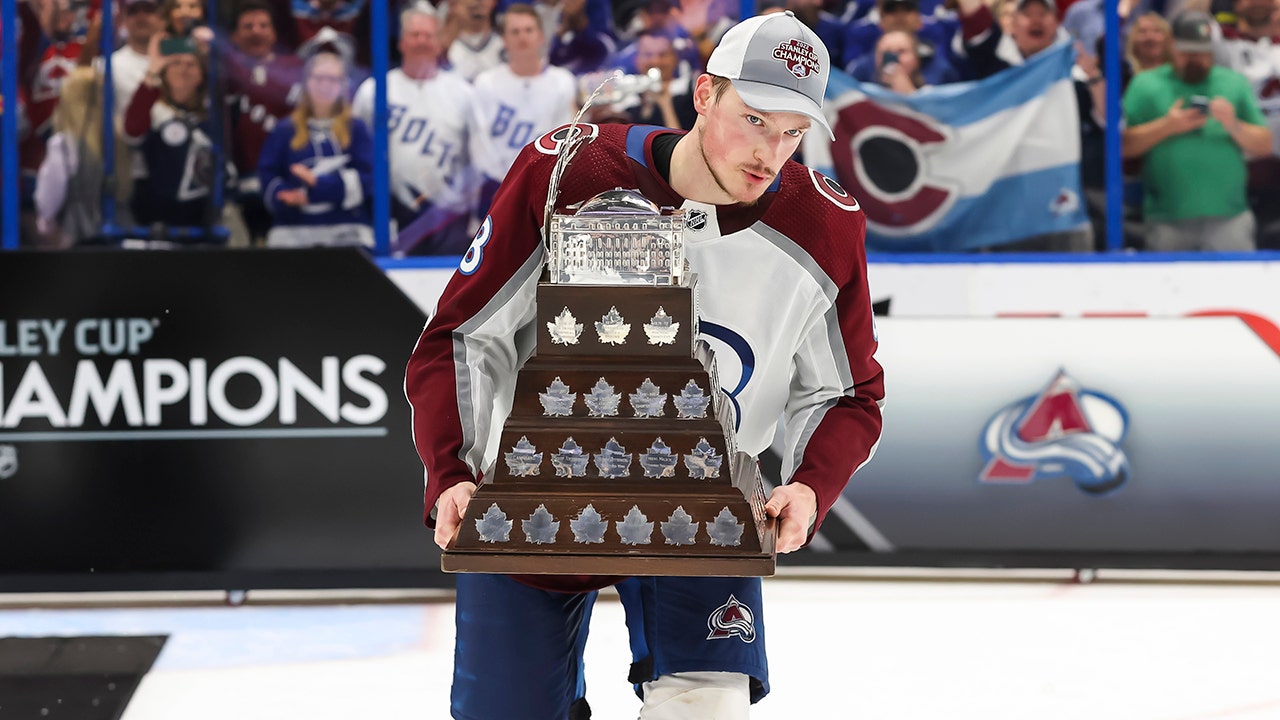 Makar finished with 29 points – 21 assists and eight goals – in 20 postseason games. He was a big reason why the Avalanche got to the Stanley Cup and won the franchise’s third title.

Colorado Avalanche defenseman Cale Makar (8) is congratulated for his goal against the Tampa Bay Lightning during the third period in Game 5 of the NHL hockey Stanley Cup Final, Friday, June 24, 2022, in Denver.
(AP Photo/Jack Dempsey)

The addition of the Conn Smythe Trophy puts Makar into a club of his own.

Makar is the first NHL player to win the Conn Smythe and the Hobey Baker Award – the award given to the NCAA’s best men’s ice hockey player. He also won the Norris Trophy earlier this month as the NHL’s best defenseman and was a Calder Memorial Trophy winner as the NHL’s Rookie of the Year.

He’s the second defenseman in the last three years to win the Conn Smythe. Lightning defenseman Victor Hedman won the award in 2020 with the Lightning’s first championship of their back-to-back run.

“We’ve seen him play this way from Day 1 of the season,” Avalanche coach Jared Bednar said. “This guy is elite, and with him, the job he does for us offensively and defensively, watching him play, how dynamic he is, he’s just the best defenseman in the game right now.”

In a copy-cat league, Colorado captain Gabriel Landeskog was asked how teams could emulate the Avalanche.

“Get a Cale Makar somewhere,” he responded.

Now, he can also call himself a Stanley Cup champion.