Arrests made after mysterious deaths of 21 young people in nightclub 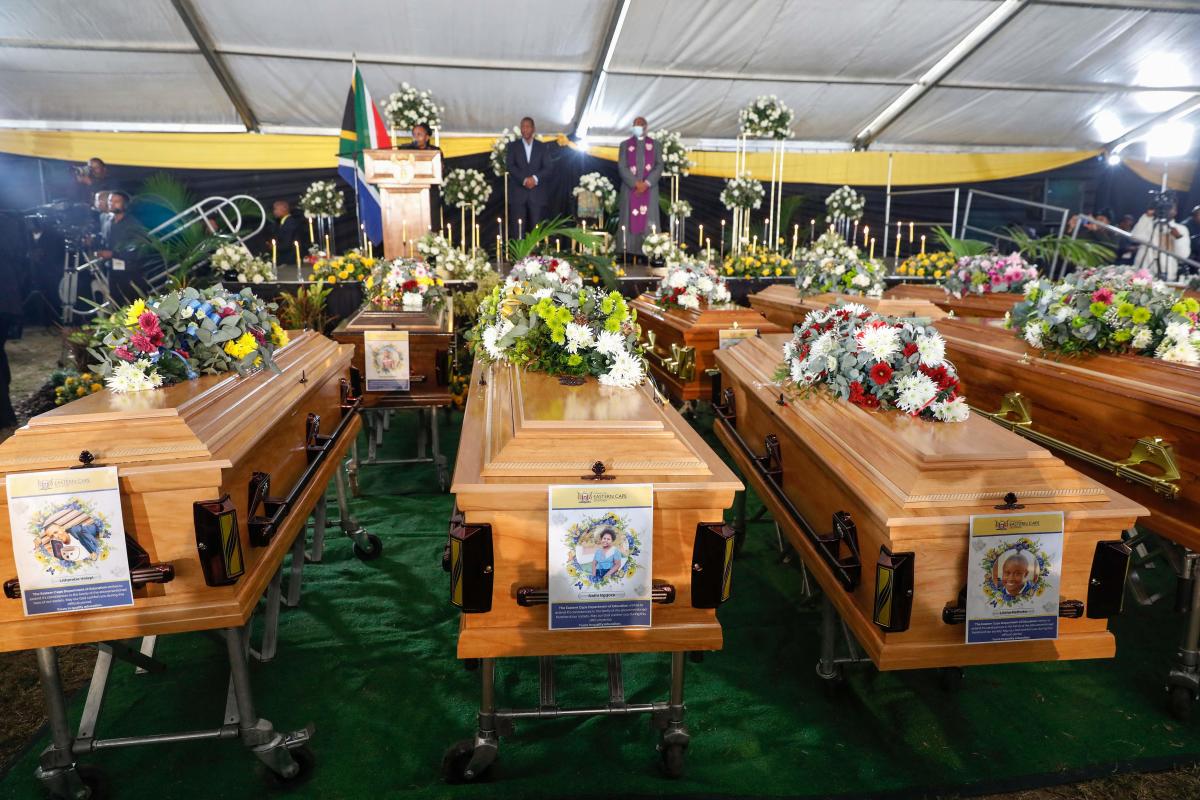 Police in South Africa said on Wednesday they had arrested three people following the mysterious deaths last month of 21 young people in a township nightclub.

The bar’s 52-year-old owner and two employees aged 33 and 34 were taken into custody in recent days for allegedly breaching alcohol sale regulations, police said in a statement without naming the arrested.

The owner will appear in court on August 19 on charges related to selling or supplying alcohol to minors, while the two employees have each been handed a 2,000-rand ($118) fine.

The youths, most of them teenagers, died on June 26 at the Enyobeni tavern in Scenery Park, a township in the coastal city of East London, but the cause of their death remains unclear.

Survivors have described a battle to escape the jam-packed venue, with one reporting a suffocating smell.

Sinovuyo Monyane, 19, said she struggled to escape through a door gridlocked with people.

“We tried moving through the crowd, shouting ‘please let us through,’ and others were shouting ‘we are dying, guys,’ and ‘we are suffocating’ and ‘there are people who can’t breathe’,” she told AFP.

The police have yet to wrap up their investigation, and although officials have ruled out a stampede, autopsy results have not yet been made public.

“Just as we said in the beginning, investigation is a process and needs to be treated with extreme care and wisdom so that we can achieve the desired outcomes,” Eastern Cape provincial commissioner Nomthetheleli Mene said in a statement.

At a memorial service last week, President Cyril Ramaphosa blamed the deaths on the “scourge of underage drinking” and vowed to crack down on “unscrupulous” bar keepers who flouted regulations.

“We do not know yet exactly what killed our children. But we do know that the law was broken that night, and probably many nights before then,” Ramaphosa said.

Going green around the home can save you money