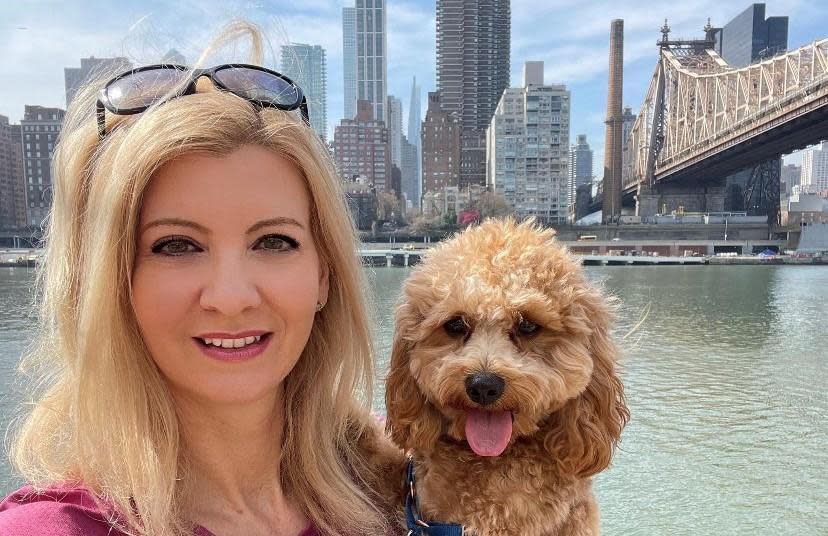 Authorities have made an arrest in the death of Orsolya Gaal, a 51-year-old wife and mother who was stabbed to death in a horrific killing in New York City. David Bonola, 44, has been charged with murder, criminal tampering and criminal possession of a weapon, police said Thursday morning.

Police sources told CBS New York Bonola was Gaal’s boyfriend, and investigators believe it was a “crime of passion.”

A news conference was scheduled for later Thursday morning.

On Saturday, police responded to a 911 call and found the body of Gaal in a duffel bag and a “blood trail” that led to her residence in Queens.

Gabe Veras, the manager at the Forest Hills Station House restaurant in Queens, told CBS New York that video showed Gaal was at the bar on Friday night and employees saw her there.

Gaal was a regular, often coming alone, he said. Veras says he spoke to her last Tuesday.

She had come back from a concert, seeing her favorite composer,” Veras said. “She was delighted at that. She was elated that she saw this composer live. She was very into the arts and music.”

Sources told CBS New York went to the show at Lincoln Center with female friends Friday night. She returned to Queens, visited a local bar and then returned to her home on Juno Street.

Her body was found the next morning in a duffel bag a few blocks away. Sources told CBS New York Gaal had been stabbed more than 50 times.

Police said her husband and 17-year-old son were out of town when the incident happened. Her 13-year-old son was questioned in the case, but was released.

As for those at the Forest Hills Station House, they are devastated by Gaal’s death.

“It’s super tragic,” Veras said. “It’s very surreal how it’s going down. We can’t imagine what her family is going through. We all feel bad.”

For live updates on the case, visit CBS New York.