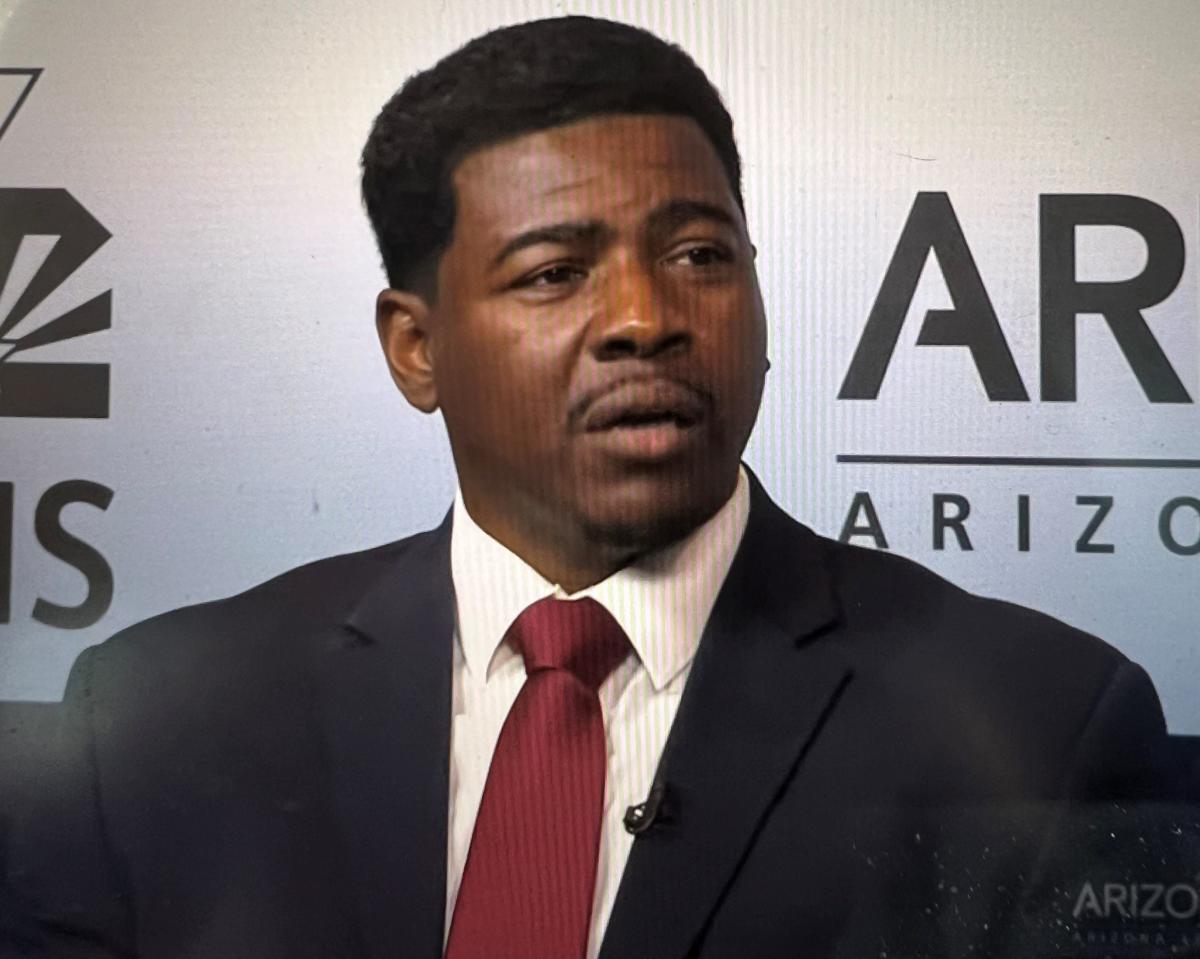 Davison, a former NFL player and pastor, is one of five Republicans running for the GOP nomination in Arizona’s 4th Congressional District, which includes parts of Tempe, Mesa and Chandler.

He posted the 24-second clip with the caption “Make Rifles Great Again,” with an emoji of a bicep curl, which is often used to indicate strength.

The video starts out like a standard Republican campaign ad in words:

“Democrats like to say: ‘No one needs an AR-15 for self-defense. That no one could possibly need all 30 rounds.'”

However, the initial image of the a Ku Klux Klan member hints where the ad is headed. As the Klan member walks toward Davison’s house, he sits in his kitchen sipping coffee in a cup that displays the American flag and then clasps his hands together and places them toward his face as if he is praying.

“But when this rifle is the only thing standing between your family and a dozen angry Democrats in Klan hoods, you just might need that semi-automatic and all 30 rounds,” the narrator says.

Davison exits his house with the AR-15 as a mob approaches with a pitchfork and other weapons. When the approximately six or seven Klan members — with one appearing to be Black — see Davison’s gun, they retreat.

The ad drew reactions from both sides of the political spectrum.

“This has to be the greatest campaign ad in history! Best of luck in your race sir!” one Twitter post says.

Conservative commentator Shemeka Michelle wrote: “Haha!! I love it! He played their game against them.”

Others were not so supportive. “The historian in me is weeping. The human is screaming,” another Twitter user said.

The Davison campaign did not respond immediately to a request for comment about the ad.

Tara Kavaler is a politics reporter at The Arizona Republic. She can be reached by email at tara.kavaler@arizonarepublic.com or on Twitter @kavalertara.