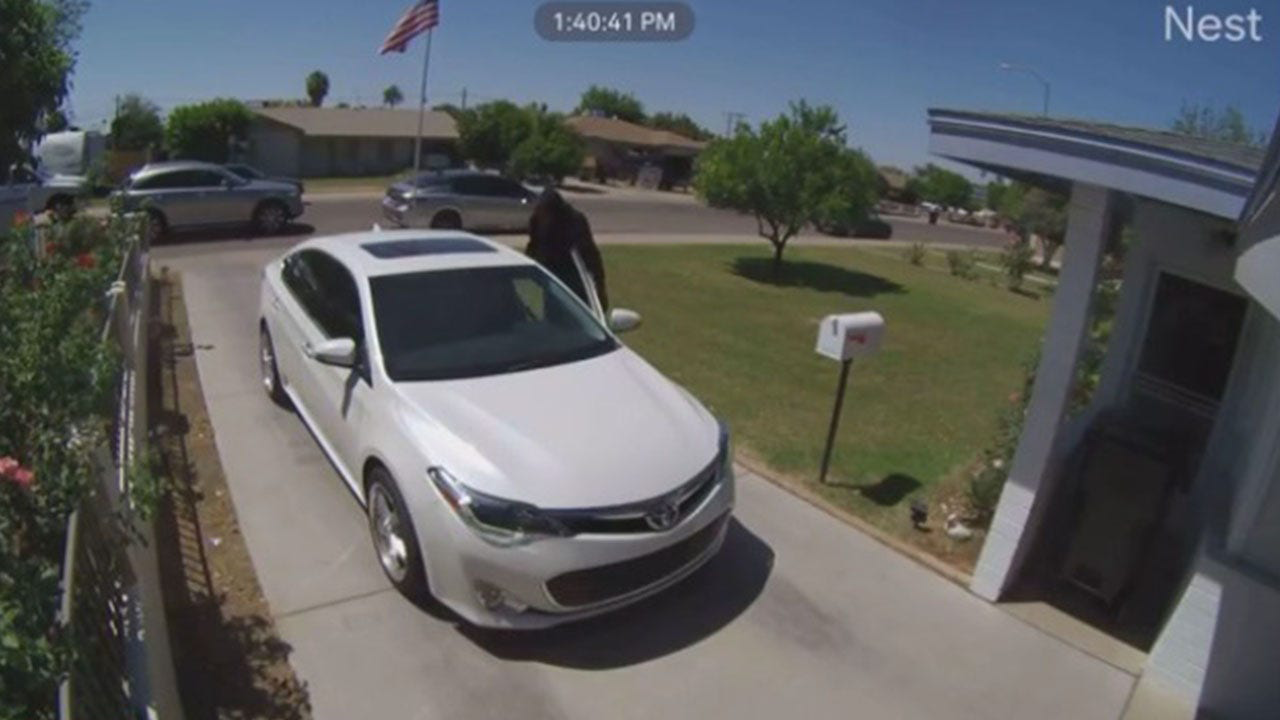 An Arizona man is on the loose after he robbed an elderly woman at gunpoint in her driveway after following her home. Claudette Jones was on her way home from the bank, when she realized the man began trailing her.

Before she could pull into the driveway, the suspect blocked the entryway, hopped out of his vehicle, ran to Jones and demanded money.

“(He) saw me come out of the bank and probably thought because I was elderly I had drawn out some money, but I didn’t draw out any money. I was just paying my credit card bill,” she tells Fox 10 Phoenix.

Surveillance footage shows an Arizona man robbing an elderly woman at gunpoint in her driveway after following her home.
(Fox 10 Phoenix)

However, Jones did have her grandson’s rent money in her purse. She recalls the incident happening “so fast,” but did not go down without a fight.

“I think I had slapped his hand and that was the hand that he had that gun in. I thought, ‘You stupid lady. He could turn around and shoot you,’ but I was just upset that he was in my face,” she said.

“I could not believe that face was right here with a gun pointed at me like that, and I said, ‘Who are you?’ I couldn’t imagine that happening to me. I’m tough, but that scared the crap out of me,” said Jones.

The suspect got away with her purse and iPhone. Despite the terrifying incident, Jones has vowed to not become a victim from it.

The robbery was caught on Jones’ home surveillance camera. Mesa, Arizona, police continue to search for the suspect who remains at large.