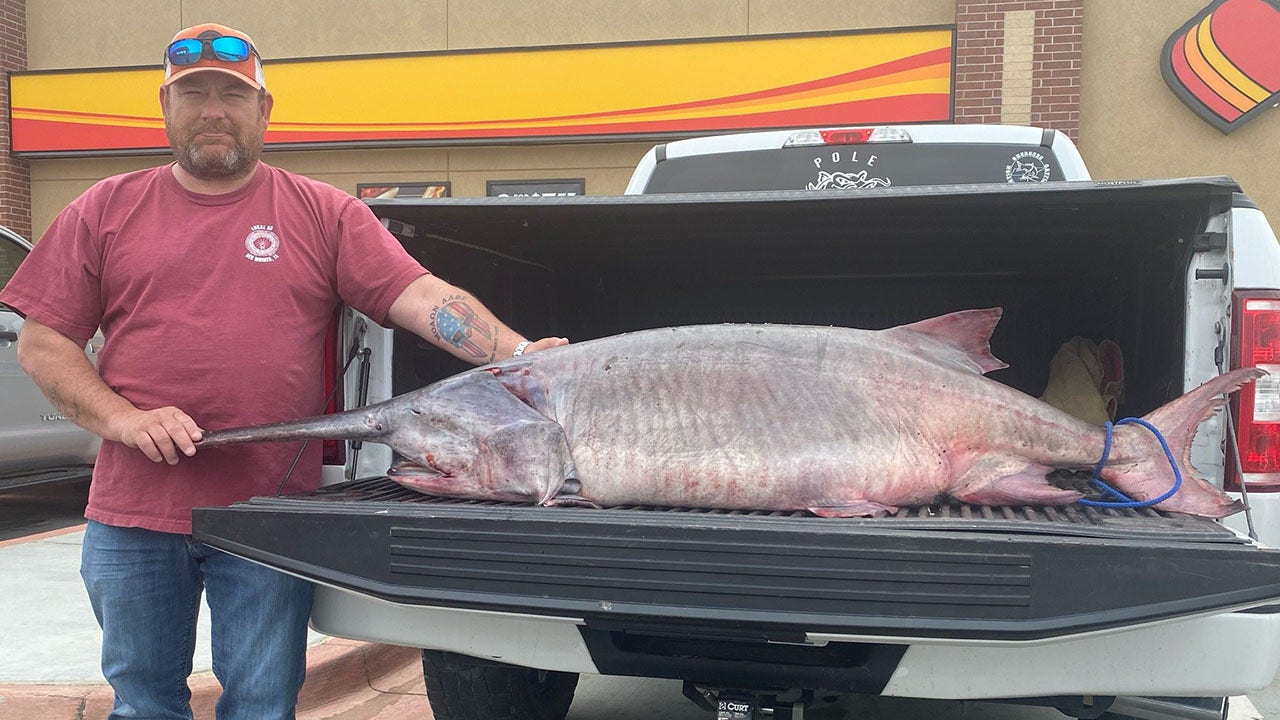 This fish is definitely worth a “big fish alert.”

An angler in Tennessee reeled in a massive paddlefish during a recent trip to Cherokee Lake. This is just the latest in a string of new fishing records being set this year.

Chad Collins caught the 120-pound paddlefish, breaking the previous record by 10 pounds. The fish has been certified by a state biologist and is officially in the record books.

The Tennessee Wildlife Resources Agency wrote about the catch on Facebook, posting, “Take a look at the new state record paddlefish caught by Chad Collins on Cherokee Lake! TWRA Fisheries Biologist John Hammonds certified the behemoth Shovelbill weighing 120 lbs. with a total length of 75.5 inches and a girth of 41.5 inches. Atta boy Chad!”

This is just the latest fishing record to be set this year.

Fox News previously reported that an angler in Mississippi reeled in a massive, record-breaking catfish.

While many records are usually broken within a pound or two, this fish beat the previous record by about 30 pounds.

Eugene Cronley caught a 101-pound blue catfish on April 7 during a fishing trip to the Mississippi River near Natchez.
(Mississippi Department of Wildlife, Fisheries and Parks)

The state also lists a trophy record blue catfish at 101-pounds being caught in 1997.