Andrew Ross Sorkin on the Biggest Stories in Business 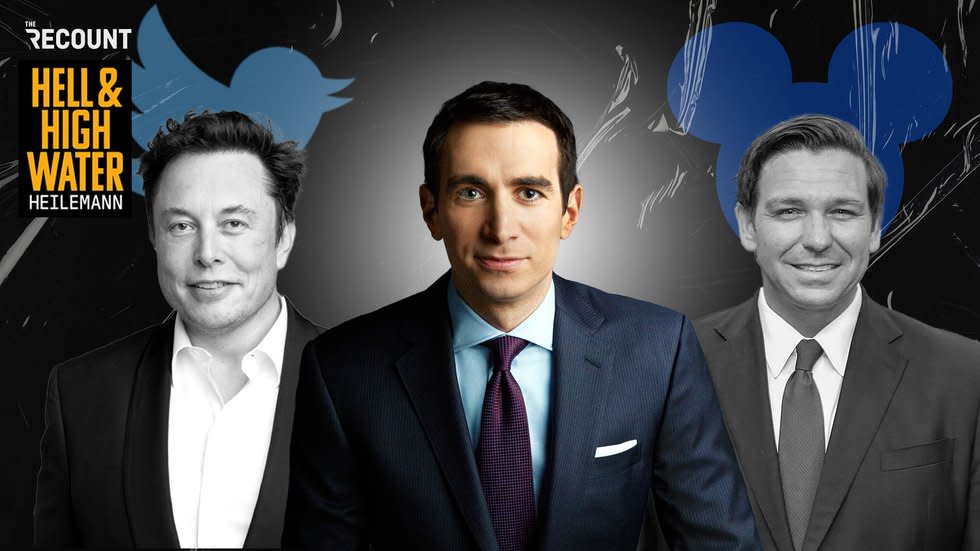 John Heilemann talks with Andrew Ross Sorkin, co-anchor of CNBC’s “Squawk Box,” columnist and assistant editor at the New York Times and founder and editor-at-large of the paper’s financial news franchise, DealBook, and author of the best-selling book Too Big to Fail. Heilemann and Sorkin discuss the two enormous business stories dominating headlines: the stunning $44 billion acquisition of Twitter by SpaceX and Tesla CEO Elon Musk, whose roughly $275 billion net worth makes him the world’s richest person, and the Walt Disney Company’s increasing embroilment in the culture wars, particularly as a whipping boy for Ron DeSantis, the Republican governor of Florida. They also reflect on Sorkin’s precocity as a young journalist at the Times, his role as co-creator of the hit Showtime series Billions, and the apparently insatiable appetite for movies and TV shows about the one percent — from Succession to WeCrashed to Super Pumped.