And the Next President Will Be … 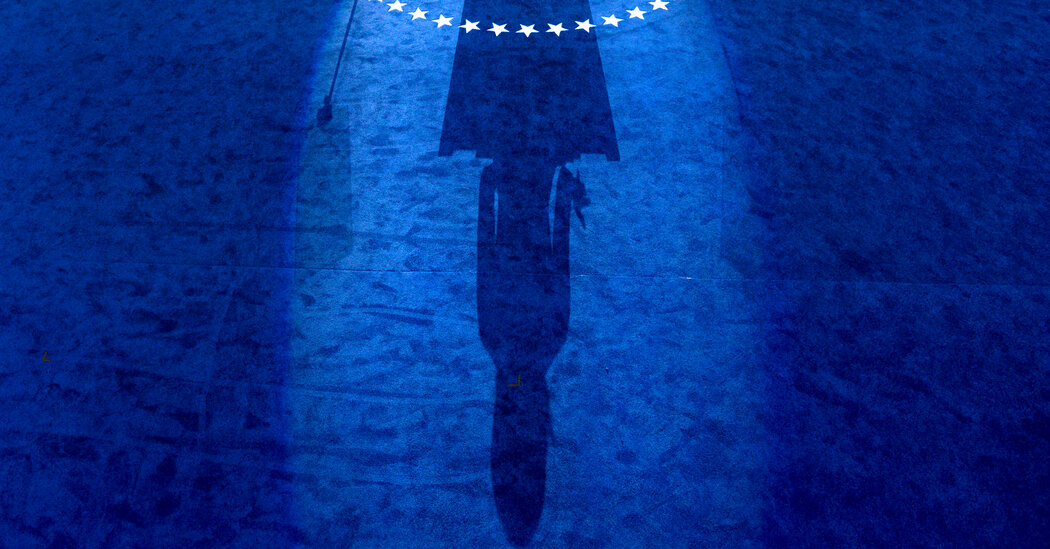 Bret Stephens: Hi, Gail. Have I ever mentioned to you that I’m not an Elon Musk fan?

Gail Collins: Well gee, no. But I have to admit, Bret, it’s been a long time since I heard anybody say “Elon Musk is making the world a better place.”

Still, I’m guessing that his Twitter experience is really irritating you. Explain.

Bret: From the moment in April that he offered to buy Twitter at a share price of $54.20 — the 420 in that number is slang for weed — the whole effort felt like a stunt that was sure to come to nothing, just like his false and arguably fraudulent claim back in 2018 that he’d secured funding to take Tesla private at $420 a share. Stock pickers often look at a company’s price to earnings ratio. Someone needs to calculate Musk’s baloney to earnings ratio.

I know people love their Teslas and the rocketry business is cool, but Musk just seems emblematic of the image-over-substance age in which we live, from Donald Trump to the Kardashians. Anyone else come to mind?

Gail: Well, we’re in an election season so it’s not all that tough to come up with people who aspire to high office on the basis of career achievements that would seem more likely to qualify them as one of the people who wear funny costumes and pass out promotional literature in shopping malls. For instance, Mehmet Oz, TV-doc-turned-senate-candidate, who has no real experience in government or living in the state of Pennsylvania in the 21st century, where he is nonetheless the Republican nominee.

Bret: As I mentioned to you a while back, Oz once played an indispensable role in a family medical emergency.

Gail: Well, we can leave him out of it then. There are a ton of other Senate-hopeful versions of Elon Musk. In Georgia, Herschel Walker is famous for his inspirational speeches on fatherhood, except now it turns out he’s got secret children he apparently neglected to mention to his staff. And — well, you get to take a turn.

Bret: Walker’s a dreadful candidate, and he won the primary thanks largely to Trump’s endorsement — another reminder of how toxic the former president is to his party’s fortunes. Democrats should be grateful that the only thing worse than Trump’s business acumen is his political judgment.

Then again, there are more than a few Democrats who serve the same function for Republicans. Like New York’s own Representative Alexandria Ocasio-Cortez, who’s busy conducting a guerrilla campaign against moderate Democrats running in purple districts …

Gail: OK, quick defense of AOC. You can’t compare totally unqualified celebrities who parachute in from outside politics to someone who created a grassroots reform movement and made it work. I know her politics are way out of your comfort zone, but there’s nothing wrong with trying to push a party to the left before its new crop of nominees are chosen.

Bret: “Unqualified celebrity” is sorta my description of AOC.

Gail: Sigh. Go on with your list of Democrats who make things worse ….

Opinion Debate
Will the Democrats face a midterm wipeout?

Bret: Or the mayor of Chicago, Lori Lightfoot, who has become a symbol of incompetent urban governance. Or, well, Joe Biden, who actually seems to think he’s going to win a second term.

Speaking of which, do you think Biden could even secure a Democratic nomination at this point? Are you secretly hoping for a primary challenge?

Gail: I am hoping that once the elections are over and Biden has wrung whatever pathetic little crumbs he can get out of this Congress, he’ll announce that he’s not running again and open the door for the next generation to leap in.

Gail: If for some reason he can’t bring himself to do the right thing, then yeah, challengers will have to rise up. Which would be so sad — I really like Biden as a person. Almost everybody likes Biden as a person and you’d hate to see him torn apart by his fellow Democrats.

Bret: Also bad for Democratic chances in 2024. Usually when an incumbent president has faced a serious primary challenge — whether it was George H.W. Bush in 1992, Jimmy Carter in 1980 or Lyndon Johnson in 1968 — they’ve either lost in the general election or stepped aside.

Gail: It’s certainly no secret that things aren’t going well. A lot of it is the result of outside factors, like Russia’s invasion of Ukraine, but it’ll take a strong leader to move us out of the current very dismal rut. Have you read “This Will Not Pass,” the fine new book by our news-side colleagues Alexander Burns and Jonathan Martin? Part of it is an inside look at Biden’s attempts to get his early agenda passed, and it really makes you want to scream: “Come on, Joe, you’re supposed to be a dealmaker!”

Bret: Haven’t yet read it but it’s one that I will take with me to Greenland this summer. I think a big part of the problem is that Biden is overly loyal to people who have worked for him for a long time, which is a good quality in a person but not always good in a chief executive.

But tell me, Gail, if he does step aside, who would you most like to see as the Democratic nominee? Give me a Top 3.

Gail: I am comfortable being an average Democrat who wants to see who’s out there and how well they perform. So let the games begin! Soon, at least. Right now some plausible possibilities would include the secretary of transportation, Pete Buttigieg — the one way to look good in this cabinet is to be in charge of infrastructure. Some of the senators, like Amy Klobuchar. Also want to keep an eye on the governors — J.B. Pritzker of Illinois was very good at expressing the rage and horror we all felt after the Highland Park shooting.

Along with the rest of the world, I don’t think there’s much to be said for Kamala Harris. You?

Of the three you mentioned, Klobuchar would be a strong choice, if she can get over her stage fright and make amends for her crummy behavior toward her staff. Roy Cooper, the second-term governor of North Carolina, is a Democrat who has proved he can win in a red state. Sherrod Brown is too far to the left for my taste, but he’s an honorable liberal and conscientious public servant who would unite the party.

Gail: Senator Brown is definitely a good option. Carving out a successful career as a Democrat in Ohio is always a political plus.

Bret: I also think the governor of Michigan, Gretchen Whitmer, could be a powerful contender, popular with the Democratic base and a strong opponent against someone like Ron DeSantis. And, of course, the wild card: Michelle Obama …

Gail: You know I still remember the first time I met Michelle Obama, when Barack was testing the presidential waters. Seldom have I encountered anybody more terrified of getting into high-end politics. So she’s certainly grown, but she’s also very much aware of all the downsides of a race.

Put me down as dubious that she’d run, but I’d certainly be interested to see how it went if she decided to give it a try.

Bret: Well, she definitely could win, particularly if her opponent is, God forbid, Donald the Terrible.

Gail: Love the way the current Republican Party has turned you into a fan of everybody who is not a possible Republican presidential candidate.

Let’s move on to the always dispiriting topic of Congress. Whole lot of stuff pending in one way or another, from voting rights to abortion to immigration reform to climate change to … well, you know.

Give me a couple of priorities. Or are you into None of The Above?

Bret: Realistically? Nothing is going to happen between now and the next Congress, except hopefully a budget. Ideally? We raise military spending well ahead of inflation to take account of Russian, Chinese and Iranian aggression. We reform the Electoral Count Act to make sure we never get a repeat of Jan. 6. We finally give the Dreamers citizenship in exchange for border security spending. And we come to some sort of deal to allow a lot more energy development on federal lands in exchange for investments in renewables.

Gail: Not … exactly. With you on voting reform. Never gonna cheer for big hikes in military spending until the deeply, deeply wasteful defense industry gets cleaned up.

Gail: If I had a magic-wand power, I’d whip up a very strong new climate control agenda that would drive the coal industry — and Senator Joe Manchin — nuts. Failing that, I’d love to see the government get more power to negotiate the price of prescription drugs, which it is already paying for.

Gail: And you know it’s possible if we really got into a deep discussion on border security, we might come to some compromise that … whoops! We’re out of time. Guess that’s what a lot of people say when immigration reform comes up.

Bret: Haha. And speaking of immigration, before you get on with the rest of your week, be sure to read Sam Dolnick’s luminous piece about a friendship forged in a homeless shelter. It will make you cry and give you hope, which is what every truly great story should do.