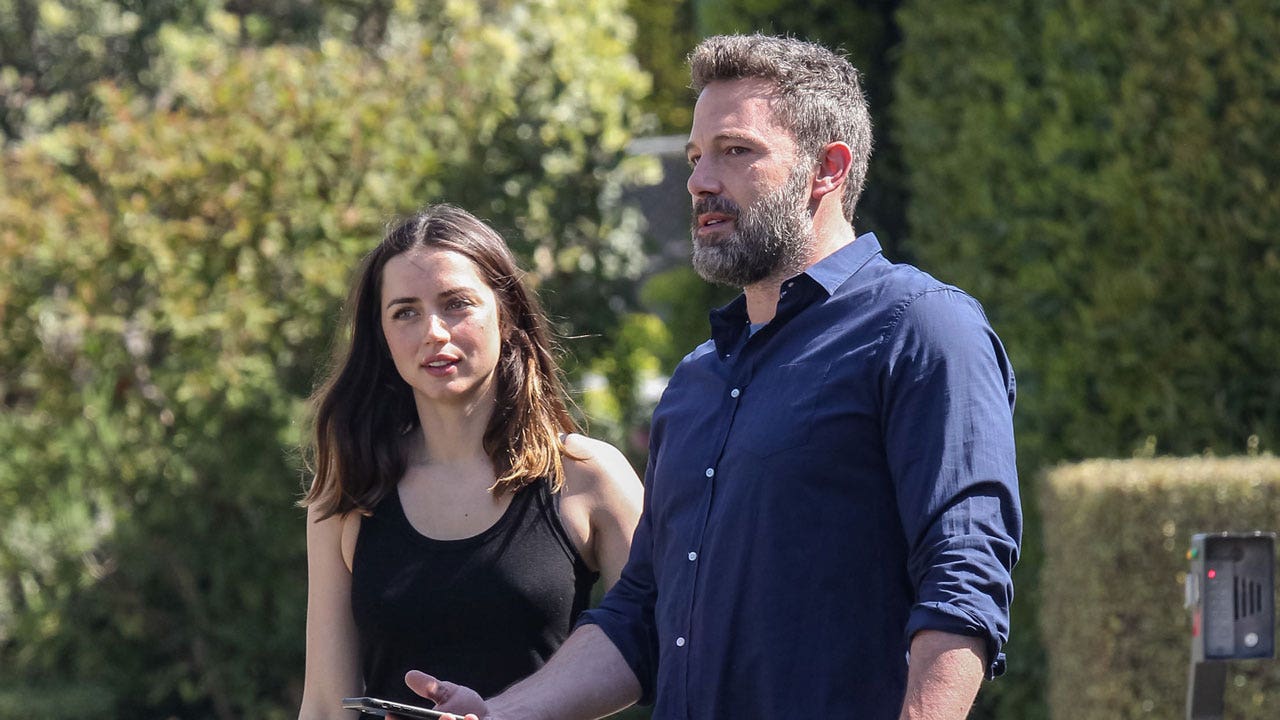 De Armas and Affleck were first romantically linked in 2020 after filming “Deep Water” together. The actress broke off their roughly one-year relationship because she didn’t want to be Los Angeles-based, reports said at the time of the split.

Affleck, 49, and De Armas, 34, were constantly photographed by paparazzi, and the “Blonde” actress labeled the experience “horrible.”

“Going through it [myself] confirmed my thoughts about, ‘This is not the place for me to be,'” she told Elle magazine.

Ben Affleck and Ana de Armas share a kiss during a break in filming on set in New Orleans.
(MEGA/GC Images)

“It’s always the feeling of something that you don’t have, something missing,” De Armas added of living in LA. “It’s a city that keeps you anxious.”

The actress and Affleck split in January 2021, and insiders claimed the breakup was “amicable.”

“There is a lot of love still between the two of them,” a source told Page Six. “The split is as amicable as can be.”

She stays off social media.

“I deleted Twitter years ago,” De Armas told Elle. “I have barely been on Instagram for almost a year.”

De Armas recently celebrated her 34th birthday and revealed it was the “happiest [she’s ever] been.”

“It was at the beach and [there was] a fire pit, and we were working until almost 1 a.m. At the end, I said, ‘OK. This is my birthday, so I need a Fireball.’

“I had everybody with me: my man, my dogs, Chris and the crew,” added De Armas, who was born in Havana, Cuba. “I wasn’t home having a romantic dinner. I was on set with my people doing what I love and at the beach and having a shot of Fireball,” she added. “So that was my 34th birthday. And it is the happiest I’ve been.”